Police were looking for Rex Hatton about a Corvette he had reported missing, 44 years later. 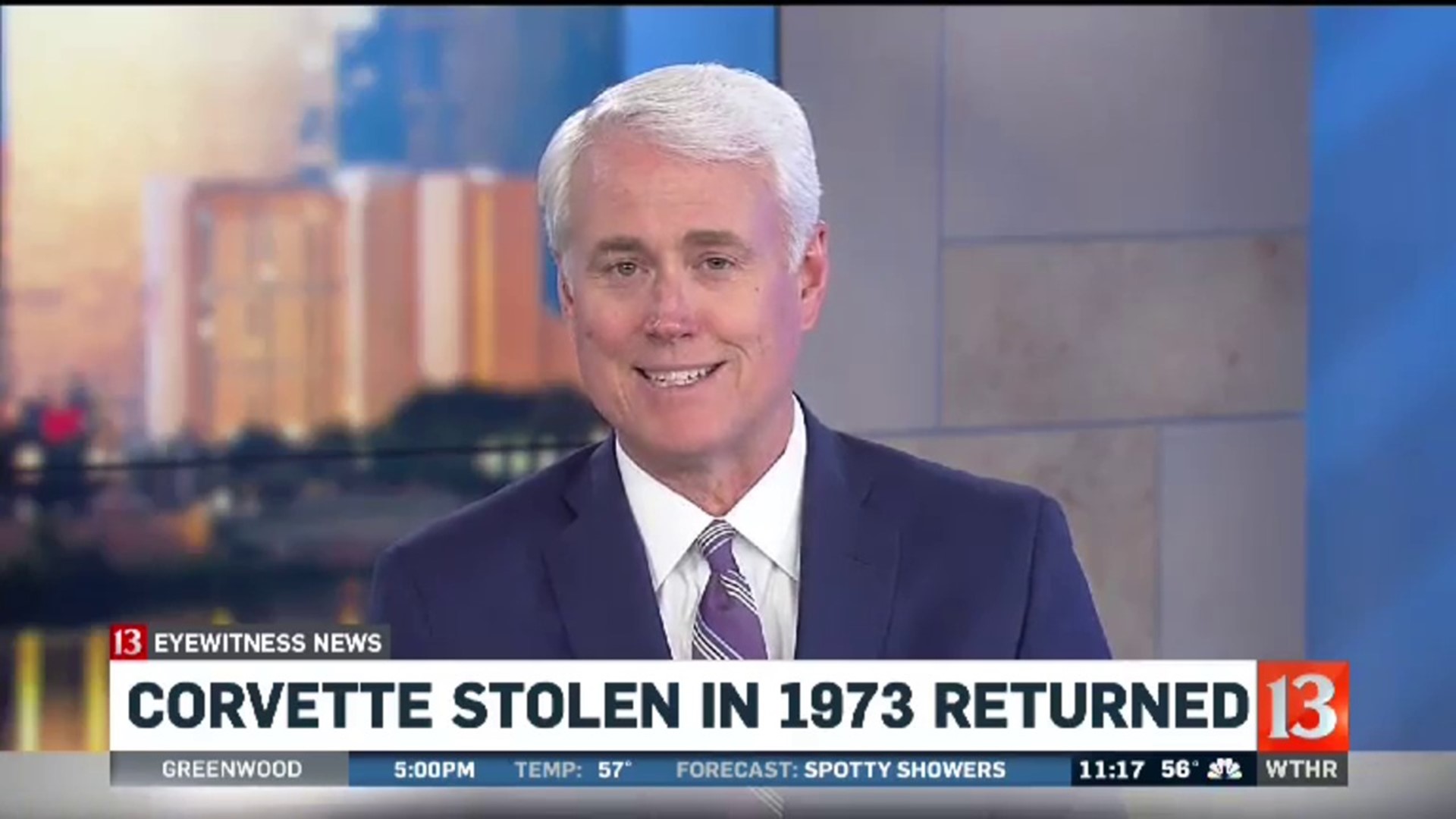 CAMBY, Ind. (WTHR) — It was 1974 when Rex and Kay Hatton were enjoying being newlyweds.

The couple quickly learned that life wouldn't be easy after someone stole Rex's 1969 Corvette.

They filed police reports, tried looking for it themselves and then finally settled with their insurance.

Rex was 22 years old and figured he would never see his "dream car" again.

Fast forward 44 years to October of 2018. A call came in from the Ohio State Police.

They were looking for Rex Hatton about the Corvette he had reported missing. It turned out his "dream car" turned up in Cleveland.

After some back and forth with insurance and having to find proof all these years later that the car was his, he got it back Wednesday night.

"It feels like I am a young kid again. For five minutes till I start getting out then I won't be young anymore," Rex said as he sat behind the steering wheel.

His bride never even got a chance to drive the car before it was stolen.

"I always said he had that done on purpose to keep me from driving it," said Kay.

The black color of the Corvette had been painted midnight blue and the seats were worn. It will need some work but Rex and Kay are planning to put in the time.

"It will be a slow process because we don't have a pot of gold at the end of the rainbow, but if we find one we will do it in parts," said Kay.

But they are not complaining. They just hope to get the car running again in time for their 50th wedding anniversary.