Louisiana firefighter charged with smuggling 150 lbs of marijuana from Mexico

The amount of weed, about 154 pounds, is valued at roughly $150,000. The volume led agents to determine the drugs were meant for distribution. 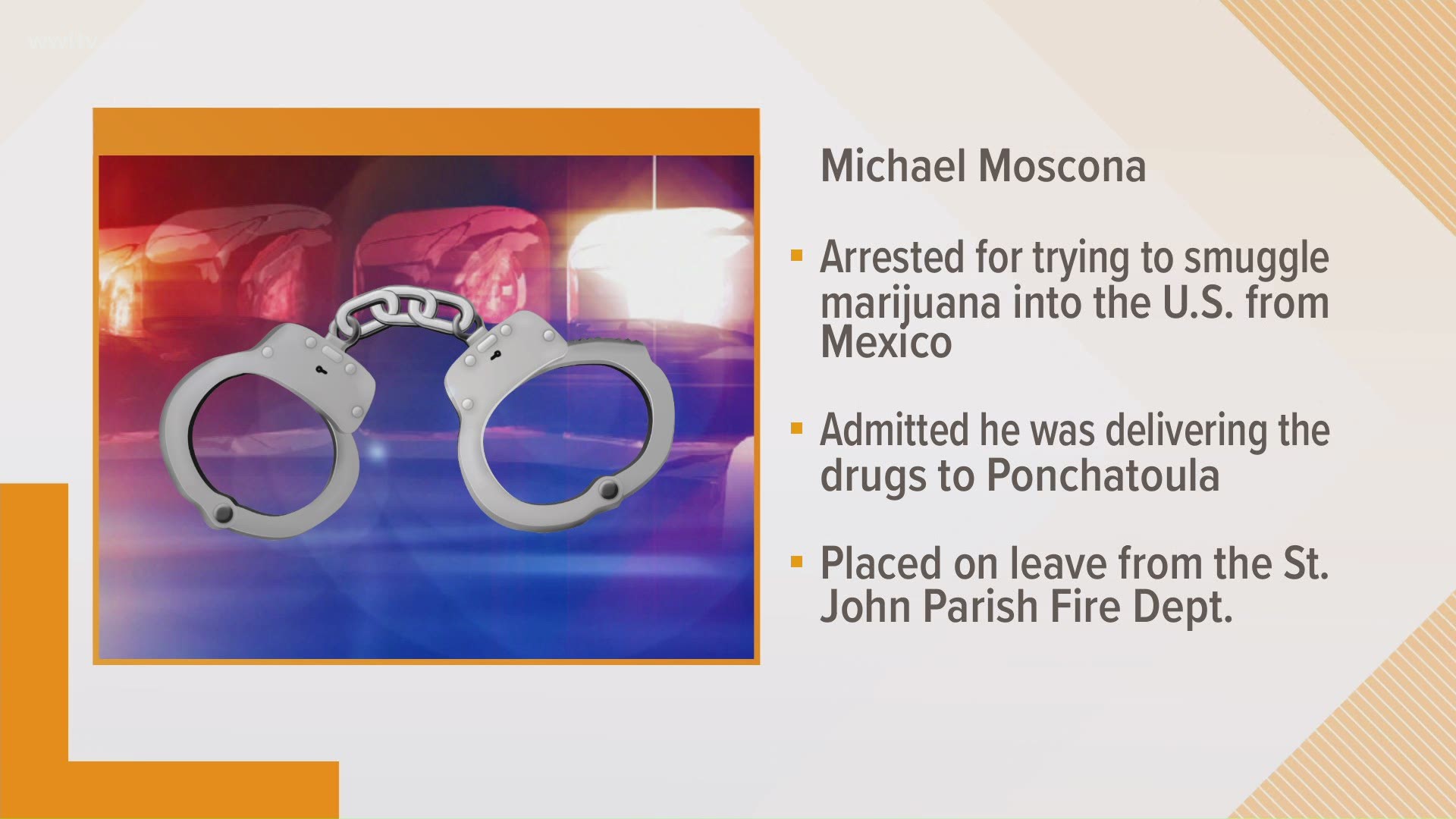 ST. JOHN THE BAPTIST PARISH, La. — A veteran St. John Parish firefighter has been charged in federal court with trying to bring more than 70 kilos of marijuana from Mexico across the Texas border.

Michael Eric Moscona was arrested at a border checkpoint near McAllen, Tex. on June 17, according to a criminal complaint filed in the Southern District of Texas.

Moscona was booked with possession with intent to distribute a controlled substance. He was released and allowed to return home to Louisiana on June 24 after a judge granted a free signature bond, according to court records.

In a criminal complaint, DEA Agent Gilberto Nieves wrote that Moscona confessed to trying to bring the drugs to Ponchatoula, La. and that he also admitted: “he had made several trips transporting marijuana in his personal truck in previous months.”

The amount of weed, about 154 pounds. is valued at roughly $150,000. The volume led agents to determine the drugs were meant for distribution, according to the complaint.

The agents stated they became suspicious of Moscona when he showed signs of nervousness and “his bottom lip began to tremble” as he offered an explanation of being on vacation with his family, but leaving ahead of them to return to work.

Based on his skittish demeanor and hesitance answering questions, the agents brought in a drug-sniffing dog, which alerted them to a locked toolbox on the truck. When the agents opened to toolbox they found “18 bundles of marijuana wrapped in black plastic,” the complaint states.

Shortly afterward, Moscona confessed, according to the affidavit.

Moscona’s attorney Alejandro Guerra, based in McAllen, Tex., said he was not in a position to comment because “I have yet to see any evidence.”

‎New Orleans News from WWL
‎Stay up-to-date with the latest news and weather in the New Orleans area on the all-new free WWL TV app. Our app features the latest breaking news that impacts you and your family, interactive weather and radar, and live video from our newscasts and local events. LOCAL & BREAKING NEWS * Receive r...