The incident reportedly occurred in the summer of 2018 in Armstrong's residence in Austin, Texas. 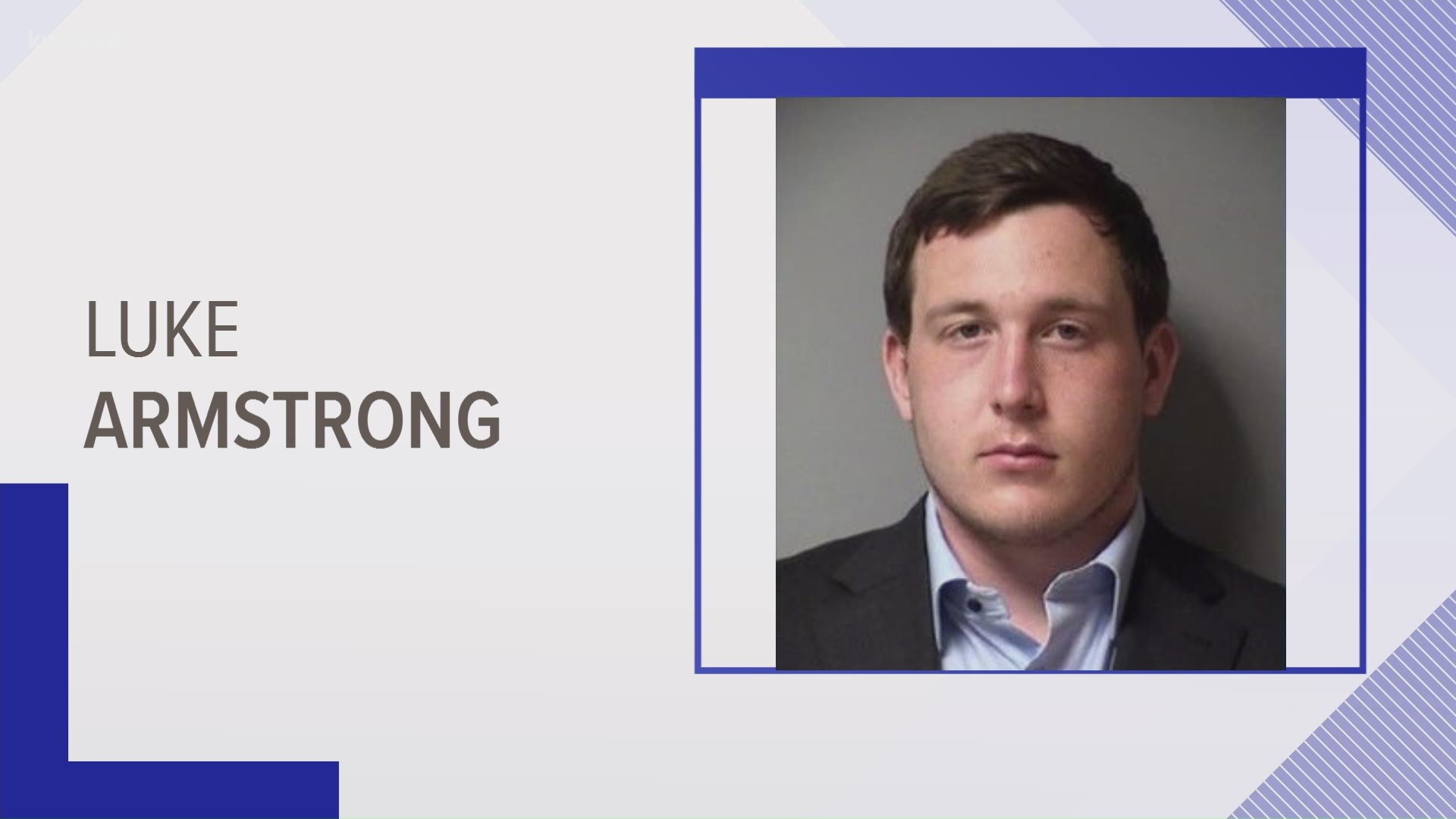 AUSTIN, Texas — The 21-year-old son of cyclist Lance Armstrong has been charged in an alleged sexual assault that reportedly occurred nearly three years ago, according to an arrest affidavit obtained by KVUE on Wednesday.

The investigation began on Nov. 17, 2020, after police received a report of a sexual assault. Officials met with a 19-year-old woman who made the report, claiming the assault happened in June 2018 when she was just 16 years old.

She claimed she had gone to a party, where she drank to the point of intoxication that night and asked Luke Armstrong to pick her up. She said he eventually came to get her but she could not remember the ride. However, she recalled waking up on a couch somewhere that was not her home and she went to sleep.

When she woke up, she told police Luke was on top of her, kissing her. Because of his size, she said, she was unable to stop him from raping her. She said she lost consciousness during the assault and, afterward, Luke Armstrong drove her home along with another male.

According to the affidavit, the alleged assault took place at Luke's residence on the 1700 block of Windsor Road.

Since the date of the reported assault, police said the victim reported telling at least six people about the incident. Upon speaking with some of them, police said they corroborated details of the victim's report and recalled contacts they had with the victim from that night that indicated she was intoxicated beyond consent, as well as behavioral changes from their friend since the incident occurred.

Police also spoke with the victim's mother, who reported behavioral changes in her daughter as well. She said she knew her daughter had been seeing Luke and felt that something had happened between the two. She said her daughter told her he had done something to her that she didn't want, and she remembered her having nightmares after the date of the incident.

On Dec. 8, 2020, police assisted the victim in making a controlled call with Luke. During that call, police said he admitted to having sex with the victim at his dad's house a few years ago. He said he remembered picking her up and taking her to his dad's house, although he said he had been drinking too. He told her he remembered her asking if they were going to have sex and said she walked to the bed herself.

Police also spoke with the person who rode with the victim and Luke the night of the reported assault. He told police Luke had not been drinking that night, but he remembered riding with Luke to pick the alleged victim up, stating that she did not appear to be overly drunk at the time. Once they made it back to Luke's residence, he said the two went inside the main home but he did not know what they did inside. He reported the victim later called him stating that Luke raped her and he said he commiserated with her.

"A complete review of the facts will confirm what has been alleged absolutely did not occur and a proper and thorough legal process will exonerate Luke. What occurred three years ago in high school was not a crime and was not a sexual assault. It was a consensual relationship then and continued consensually between two young adults, with both ultimately going their separate ways. These charges should never have been filed, certainly not three years later. However, thankfully, the Texas court system works and will establish Luke’s innocence."

Kendra Scott giving away $2,000 to moms for Mother's Day