SoBro residents on alert after rash of thefts, robbery

Police said it was about 2:00 p.m. when a man was approached by two armed men. They got away with cash and a a cell phone. 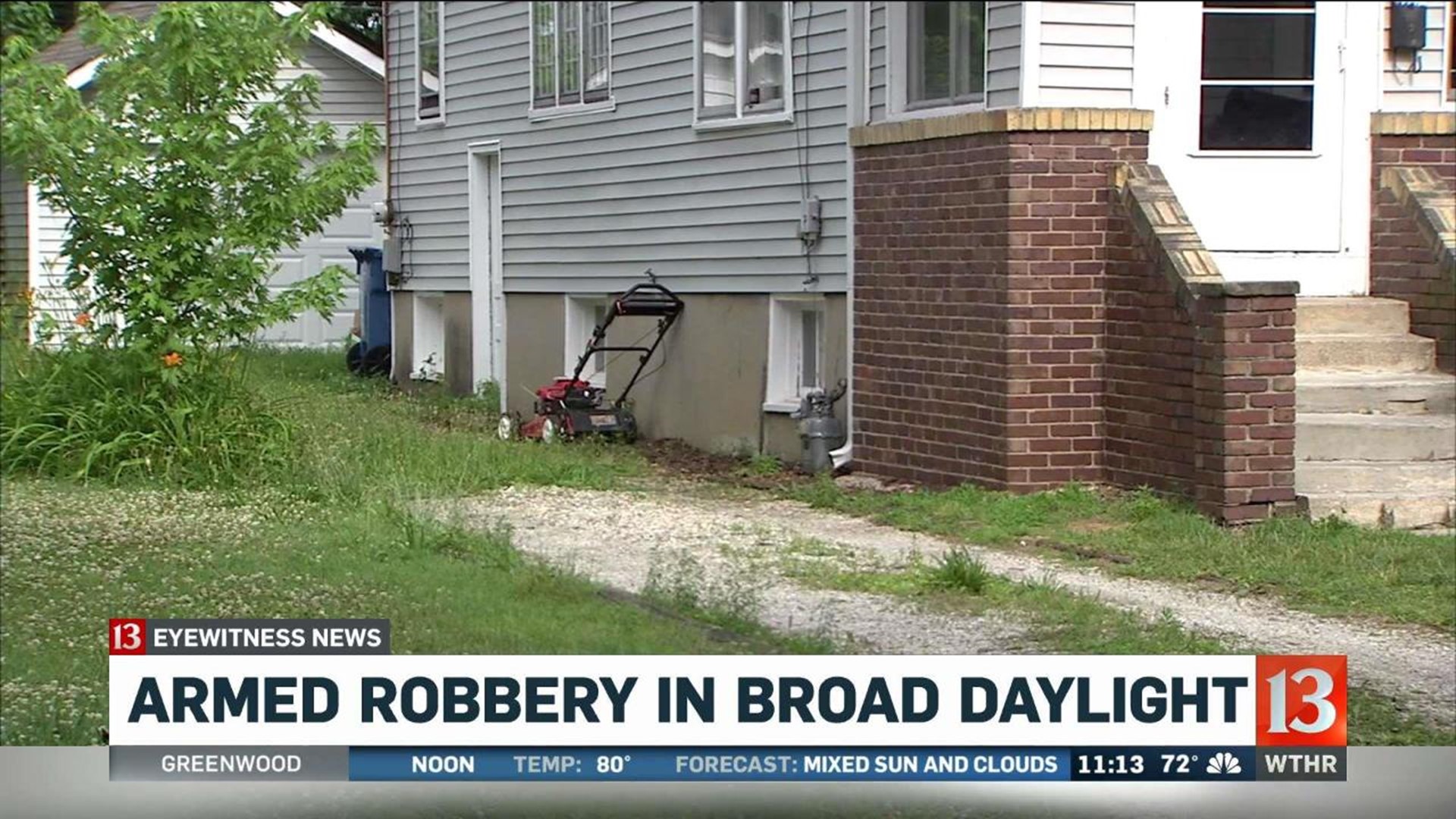 INDIANAPOLIS - He was in his car in the SoBro neighborhood, parked in his drive along the 5300 block of Carrollton. It happened during a time of day where you’ll typically see families with kids in strollers and on shoulders. People on bicycles. A mail carrier making his rounds.

Police said it was about 2:00 p.m. when that man, 34, was approached by two armed men. They got away with cash and a a cell phone.

“It’s concerning,” said neighbor TJ Agnew. “Even a neighborhood like this. It’s a great neighborhood, a great place to be. Everybody’s nice and friendly around here.”

The neighbor’s social media network is spreading word of the mugging, possible sightings of suspicious cars and people.

“Our neighbors texted us let us know there was an incident involving a gun,” Agnew said.

This same neighborhood has been on the lookout for a car thief recently, too.

“Until I actually saw the video of him running up to my house and getting in my vehicle, it was just extremely unsettling,” said a woman whose Land Rover was stolen from her driveway. She said she had accidentally left the keys in the vehicle.

Besides her surveillance video, her neighbors’ cameras caught what could be the same suspect trying their car doors and rifling through vehicles for valuables.

And these violations followed a recent rash of porch package thefts.

“Just a feeling of not feeling safe, it’s been. That’s the scary part,” a resident said.

“There’s a certain amount of brazenness to an attack in the daytime when you’re just trying to bring your family inside or what have you, but I can’t let it change the way I live my life,” said Emma Clust. “I always have to be aware and make cautious, thoughtful decisions.”

And installing camera and alarm systems. She adds they “try to keep our doors locked, and keep our wits about us but we still have to live life at the same time.”

Neighbors hope it’s a warning to bad guys. Even at night, there’s a good chance someone… or a camera… is watching.

If you have information that could help police, call Crime Stoppers at 317-262-TIPS.