A northwest Indianapolis neighborhood is on alert after a string of crimes that may involve a man in the area without shirt or shoes. 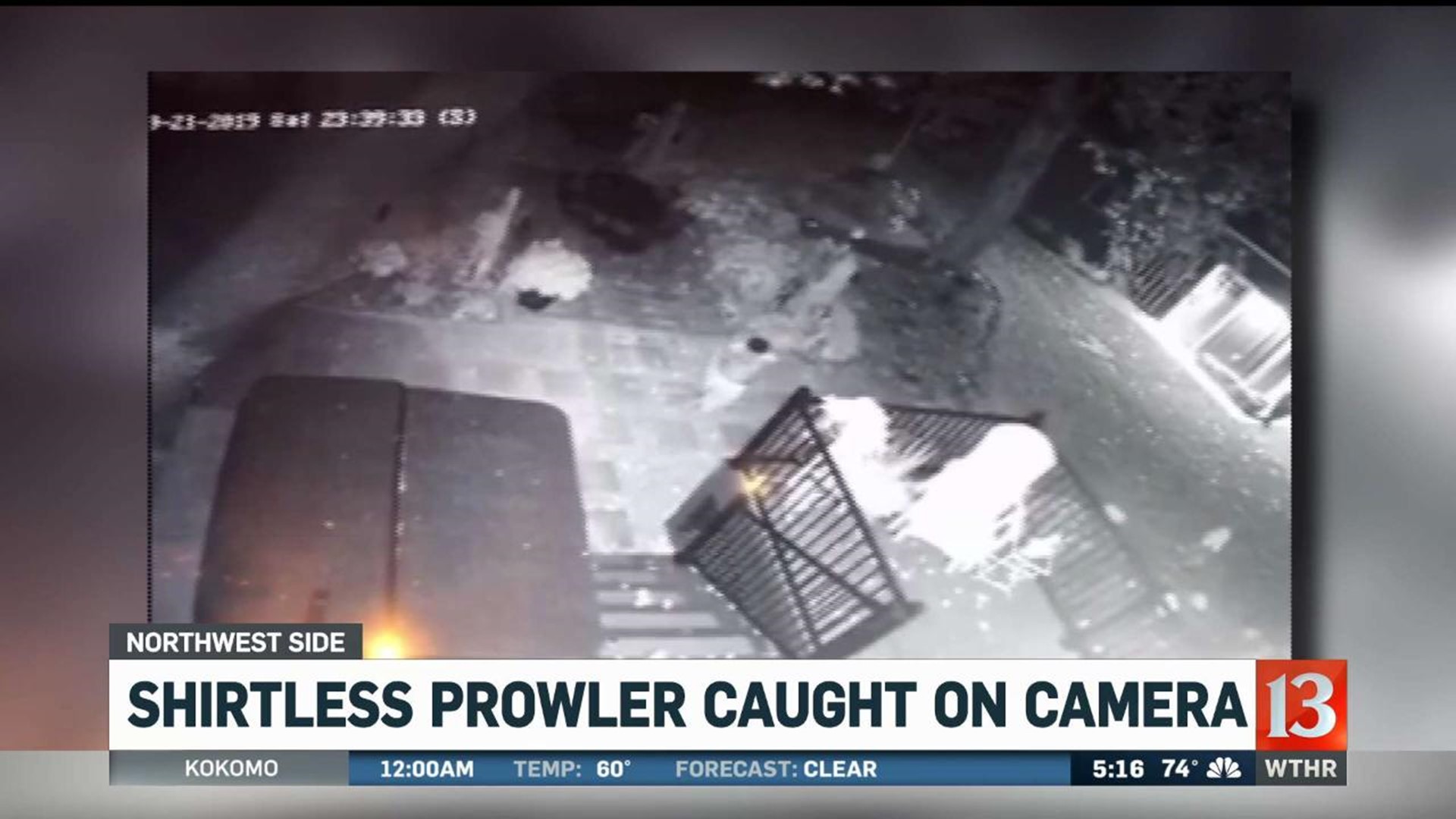 INDIANAPOLIS (WTHR) - A northwest Indianapolis neighborhood is on alert after a string of crimes that may involve a man in the area without shirt or shoes.

That shirtless prowler is caught on a camera at one of the homes on Noel Road just off Lafayette Road on the city's far northwest side.

The victims have since shared the video, hoping not only to warn their neighbors, but also get that prowler caught. Since posting the video, they've received several messages about break-ins and even a sighting of the same man recently.

The video shows the man wearing no shirt or shoes entering a family's backyard, walk onto their patio and then try to open the back door. The incident happened in the middle of the night as the family slept.

"My husband and I, our jaws just dropped to the floor," said Nancy, "because we could not believe what we were seeing. Having someone check the back door, it just scared the heck out of us."

After sharing the video on the Nextdoor app, Nancy's neighbors started responding to the post. One of her neighbors wrote, "I saw the person in the video while searching for my lost dog."

Another neighbor wrote, "My husbands car was gone through again last night."

A family living nearby called police after returning home to find that someone had entered their home through a garage door. The burglar ransacked at least one of the rooms. The victims in that case are still taking inventory to determine what is missing from the house.

Nancy learned that another neighbor has had a problem with someone breaking into their car repeatedly, too. She believes with so many of the incidents happening around the same time, the man caught on camera may be responsible for each incident.

She is sharing the video with others as a way to convince them not to let down their guard. Their neighborhood has a lot of families who have been in the area for years and may have gotten comfortable leaving house and car doors unlocked. The recent break-ins have become a wake-up call.

"You need to make sure you're locking your things because people have lived here for 20 or 30 years and have always felt safe," said Nancy.

If you have any information that could help identify the man caught on camera, you can call Crime Stoppers anonymously at 317-262 TIPS.