Detectives strongly believe the suspect is desperate and hasn't walked away from the crime spree. 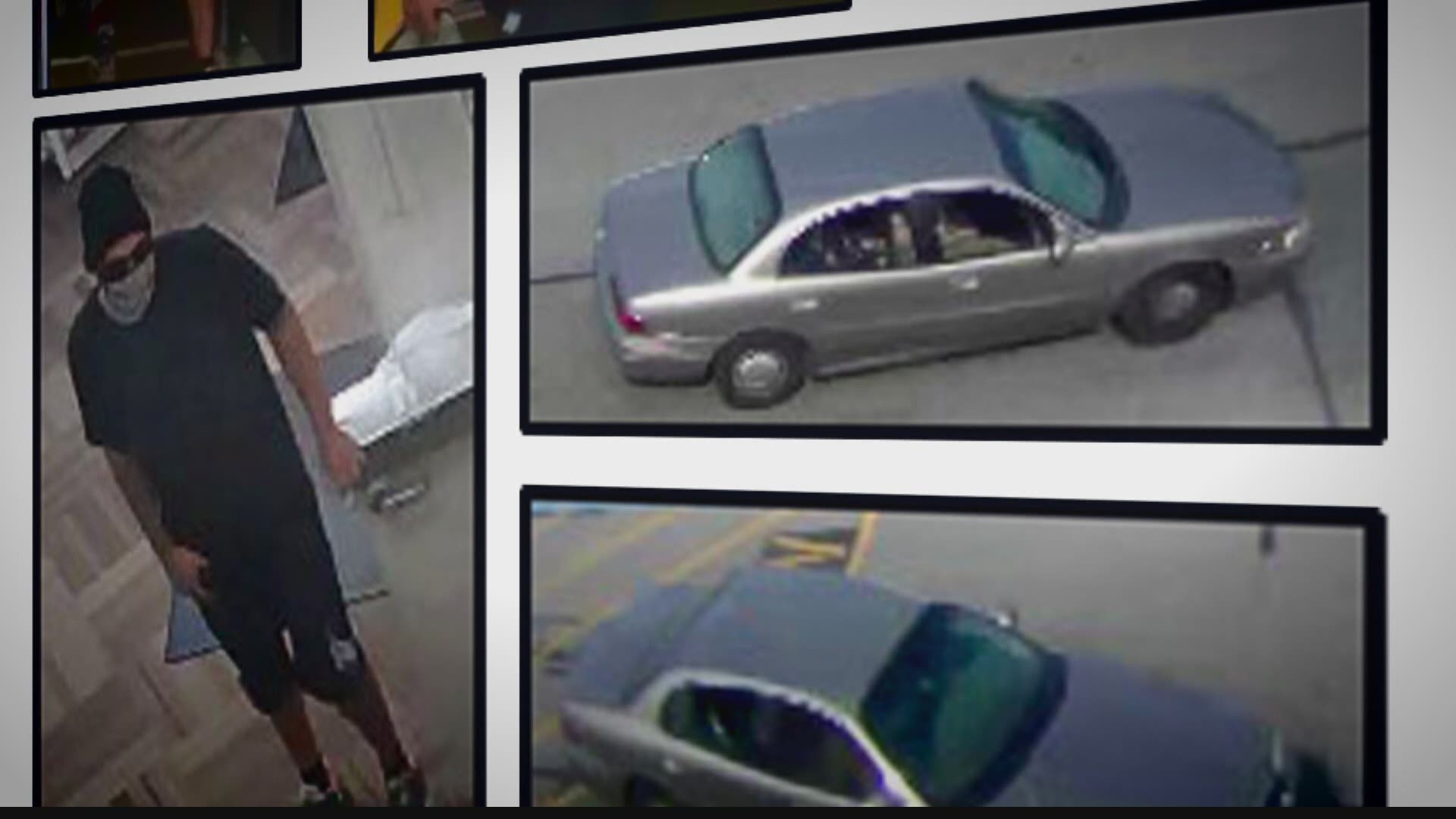 INDIANAPOLIS — IMPD robbery detectives want you to get a good look at who they classify as a "serial robber."

Detectives strongly believe the suspect is desperate and hasn't walked away from the crime spree. They believe the same man robbed the CVS and the Village Pantry on U.S. 136.

During the robbery, photos also reveal when the suspect pulled a weapon on the victim. The robbery happened around 11 p.m. and eventually detectives learned it was not the suspect's first robbery of the day, doing the same thing.

"He comes in. He's acting like he is just a customer and goes to the counter and passes a note," Dan Rosenberg said.

Earlier that day around 2 p.m., police rushed to the Meijer on Pike Plaza on Indy's northwest side. Security cameras recorded the same man during a robbery wearing even more distinctive clothing.

"Pink and Green Nike Tennis shoes, I think those are going to stand out in a crowd. It' a bold fashion statement," Rosenberg said. "Then he's got the GUCCI face covering which is really a designer face covering but for most of us it's something disposable or just a plain color."

Police believe he left Meijer in a gold or tan Buick Century or Lesabre.

"This is someone who is thinking it out and not scared to do it either," Rosenberg said.

Credit: IMPD
Surveillance image of what detectives believe is the robbery suspect's vehicle.

On Sept. 22 at the Crawfordsville Road CVS, the same man requested prescriptions for his mother. But then the robber pulled out a handgun and a red bag before he demanded drugs.

"It may be that he's done something like this some where else," Rosenberg said. "We just don't know."

Anyone who recognizes the suspect, can earn a cash reward with an anonymous call to Crime Stoppers at 317-262-TIPS. All calls are confidential.