William Marr was charged with child exploitation, obstruction of justice and voyeurism. 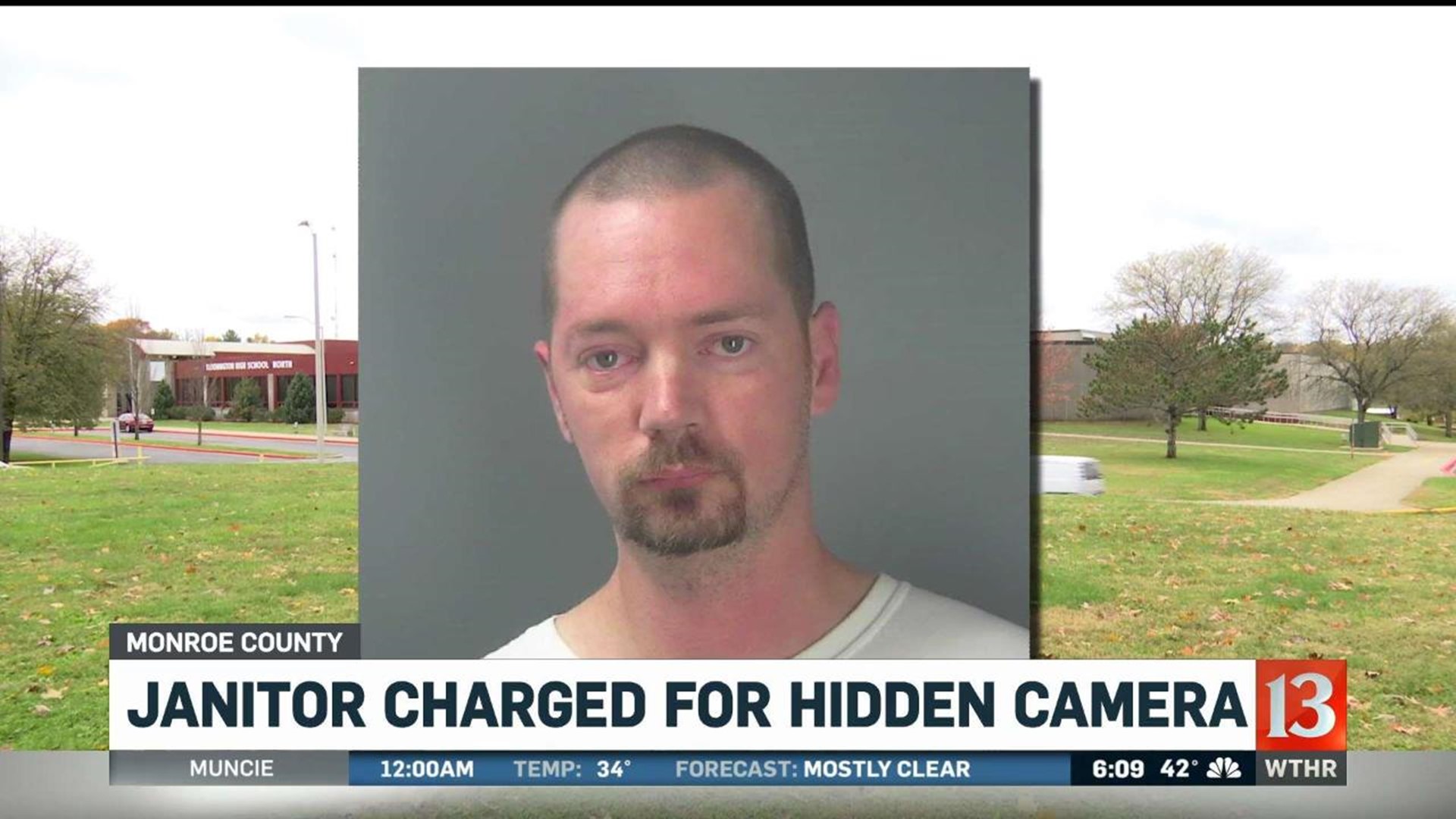 BLOOMINGTON, Ind. (WTHR) - A school janitor is free on bond after being formally charged Monday in connection with a camera hidden in a locker room.

William Marrs, 36, was charged with child exploitation with intent to satisfy/arouse sex desires, obstruction of justice and voyeurism.

He was make an initial court appearance at 1:30 p.m. Friday, November 9.

According to an affidavit of probable cause, five female swimmers, each about 13 years old, were using the locker room on November 1, 2018. One of the girls found a hidden iPhone, recording video through a hole in a trash bag full of towels in a corner of the locker room.

Bluetooth connectivity notified Marrs that the phone had been moved, which caused him to begin searching for the phone and led him to come to the pool area, according to the affidavit. Police said Marrs "was initially untruthful and changed his story" but admitted that he had activated the phone's video record function and placed the camera inside the trash bag.

Bloomington Schools administrators are holding a meeting on November 8 at 7:00 p.m. for coaches, athletes, parents and students who have questions about the situation.