There’s an increase in child sexual abuse imagery in Indiana and technological advancements and social media are part of the problem. 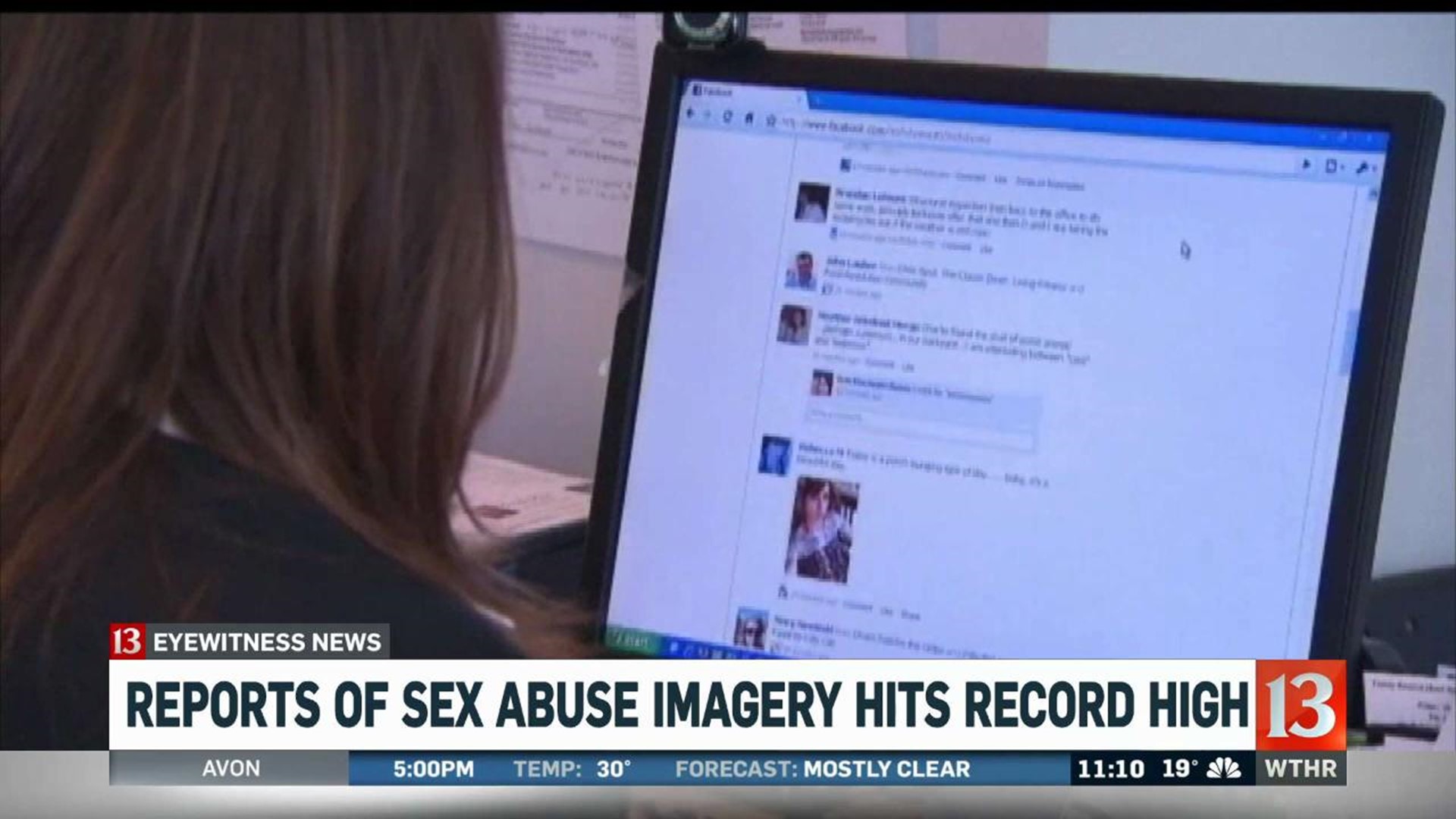 "So far we’ve had about 4,500 tips which would be our highest year yet, and the year’s not finished," said Indiana State Police Lieutenant Bryan Harper, who is the commander of the Internet Crimes Against Children (ICAC) unit.

While the crime is up, ICAC says their funding has not increased.

So how is law enforcement able to keep up?

"It’s just the dedication, it really is I know it sounds cliche but this type of work, they know, no stone can go un-turned so they’re willing to do whatever it takes to get the job done," Harper said.

"Digital media itself, access to all ages of kids, adults," Harper said.

But it's also because law enforcement and social media platforms are getting better at tracking the crime.

"We’re getting better. Service providers are getting better at finding these particular things on their platforms and when that happens that also leads to an increase," Harper said.

But are some parents unknowingly contributing to the child sexual abuse imagery that’s out there?

"Innocent photos from a family perspective, children bathing or in diapers sometimes that’s a stimulant for people out there who are looking for these images," Harper said.

But no image is ever truly deleted from the internet. Even though a perpetrator has been caught, every time a photos is shared, that child is re-victimized.

"They prey on this activity and then they share it with others who also try to find and solicit it," Harper said. "So once you're victimized once, maybe that one perpetrator has been caught. Unfortunately, they won’t be the only one, and not all of them will be caught."

Harper says it’s best for parents not to post family photos which may be victimized and that parents should also monitor their children's online activities.

"If that child has Facebook, you should at a minimum be friends, but you know also have that password," said Harper.

He says this is an important aspect of parenting in today's modern world.

Parents also need to know what they're kids are up to as a means of protecting them from being victimized or intervening if they're a perpetrator.

If you have tips, you can report them to the Nation Center of Missingand Exploited Children either online or via phone at 1(800) 843-5678.