Christopher Lee Davis was taken into custody Friday evening, hours after he walked away from the Putnamville Correctional Facility. 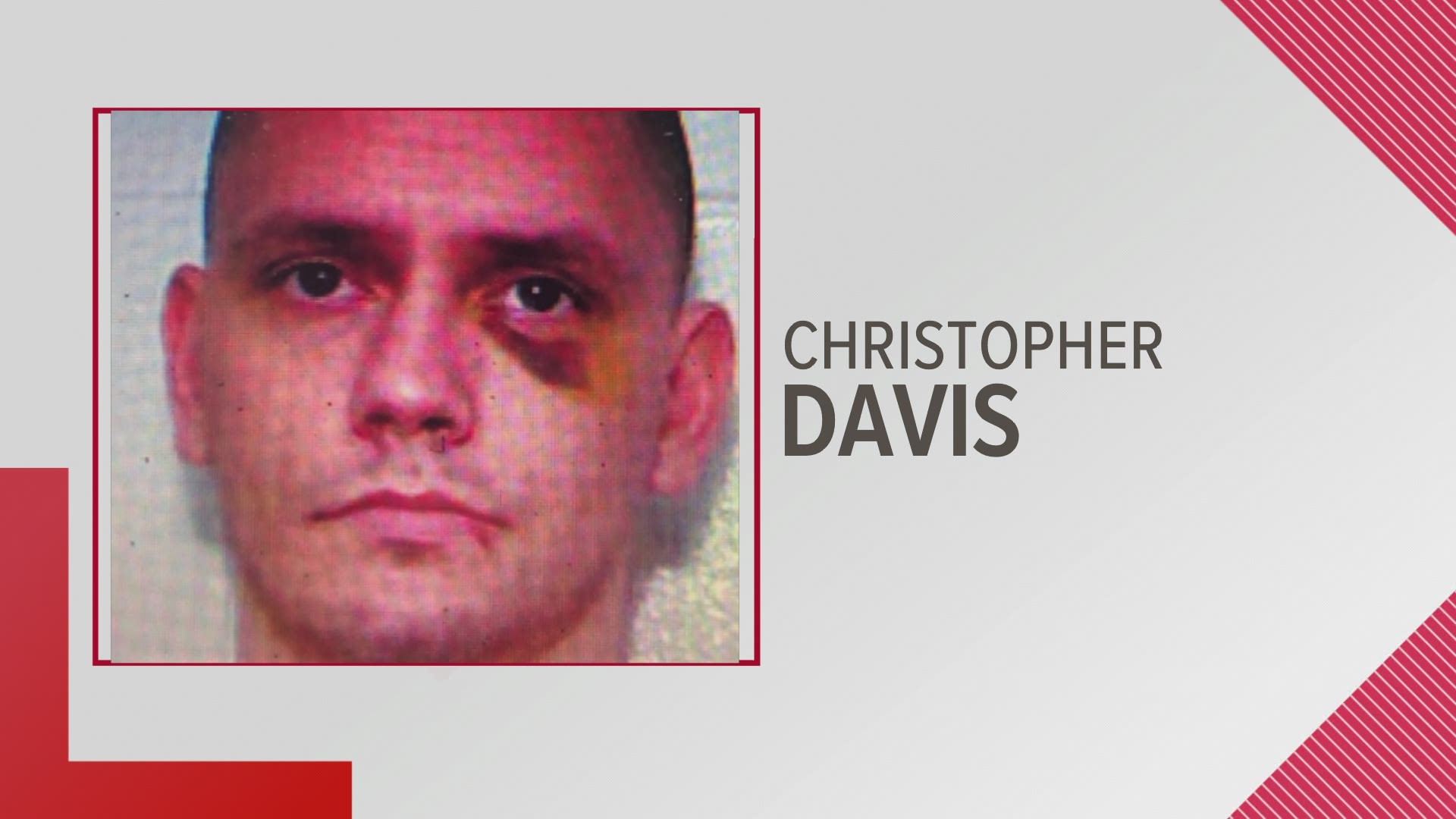 PUTNAM COUNTY, Ind. — The Putnam County Sheriff Department says an escaped inmate is back in custody.

Christopher Lee Davis, 34, escaped from the Putnamville Correctional Facility around 1:30 p.m. Friday. The department said Friday evening he was back in custody at the prison.

Police said Davis is a violent offender and should be considered dangerous.

He's in prison on battery and burglary charges and his earliest release date was listed as March of 2021, according to the Indiana Department of Correction website.