Capt. John Mann said police weren't sure what prompted the fight nor why the violence broke out at that corner. 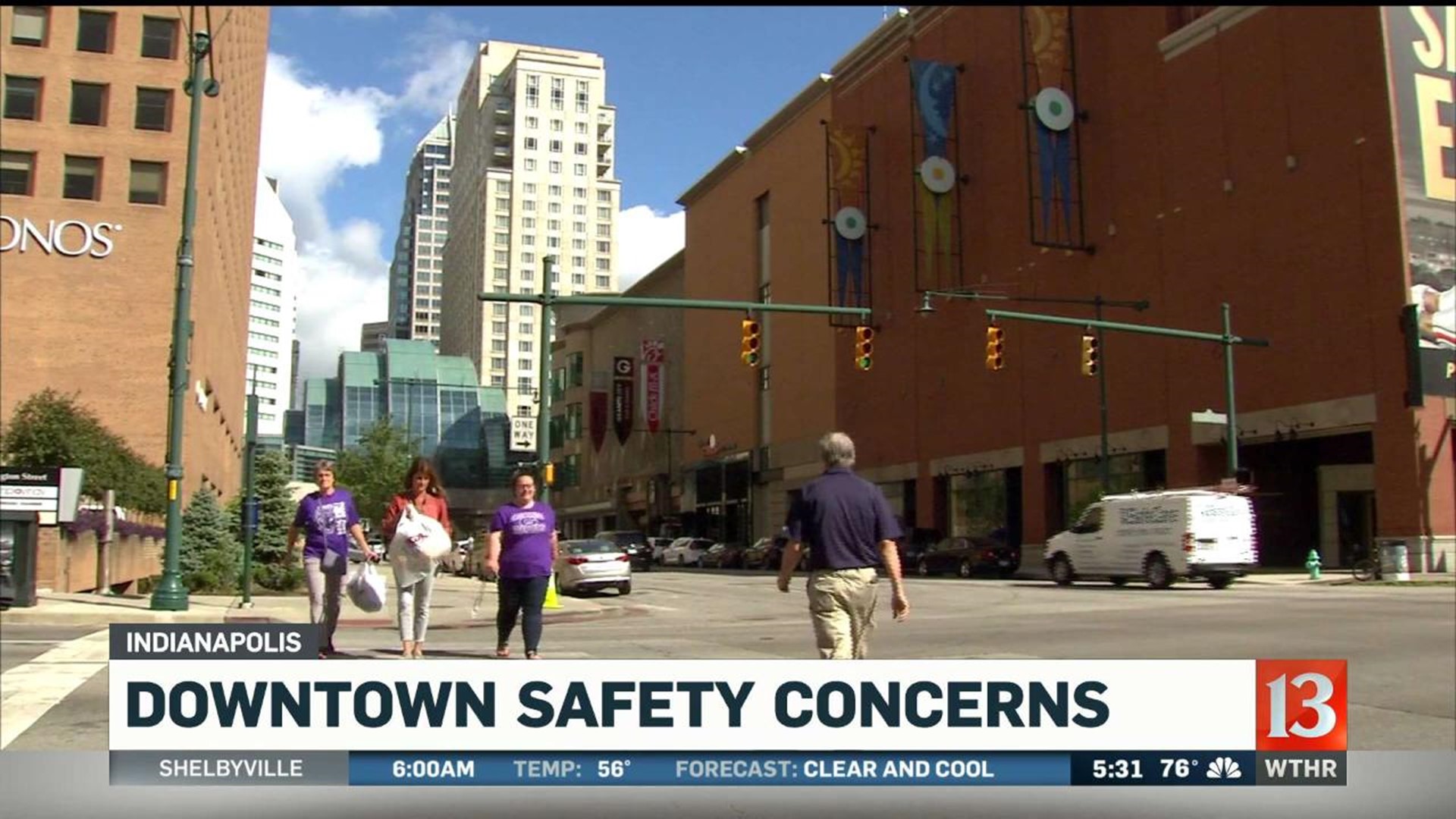 A lot of people are asking that question after six people were shot and wounded near a popular intersection on a busy Saturday night.

It happened at Illinois and Maryland next to the Shake 'n Shake and Circle Centre Mall at 11:22 pm. Police say the shooting occurred after a fight erupted between two groups of juveniles. It happened just a block from Harry and Izzy's restaurant, where several customers were sitting in the outdoor patio area.

"Our first response was to make sure that guests on the outside were ushered inside to make sure everyone was safe," Harry and Izzy's manager Michael Piganelli said.

Piganellis said it was scary.

"You hate to think this kind of thing can happen so close, and you always think it will never happen to us. But, unfortunately that's the reality of world live in," he said.

But he also called the violence "not the norm...I don't think it's anything (that should cause us) to shy away from downtown."

Capt. John Mann with IMPD's Downtown District said of the shooting, "Do we have one-off incidents that happen? Yes."

But Mann insists downtown is safe.

"Overall in 2018, I think we accounted for 5% of the overall crime for Marion County," he said.

Downtown is the smallest of IMPD's six districts, but Mann said it's the most dense, especially when the city is hosting large events like conventions or a Colts game.

"When we're talking stabbings and shootings...they're somewhat rare for downtown. I know we're coming off a bad week for us, but for the most part, we don't see that. We see a lot quality life issues," Mann said.

He said many of those involve panhandling and vehicle break-ins.

Still, Saturday's shooting happened at a busy intersection with swarms of people, including out-of-town visitors - an intersection where shootings involving juveniles have occurred before.

One woman who works downtown said she was "terrified" by what happened Saturday night and was afraid to go back to work today.

Mann said the biggest priority for police right now is finding the gunman and others involved. He said detectives have been viewing footage from several nearby surveillance cameras and reaching out to witnesses in the hopes of catching those responsible.