The Jacksonville Sheriff's Office was able to identify Debra Hunter, 52, of Fernandina Beach as the woman who coughed on another shopper in a now-viral video. 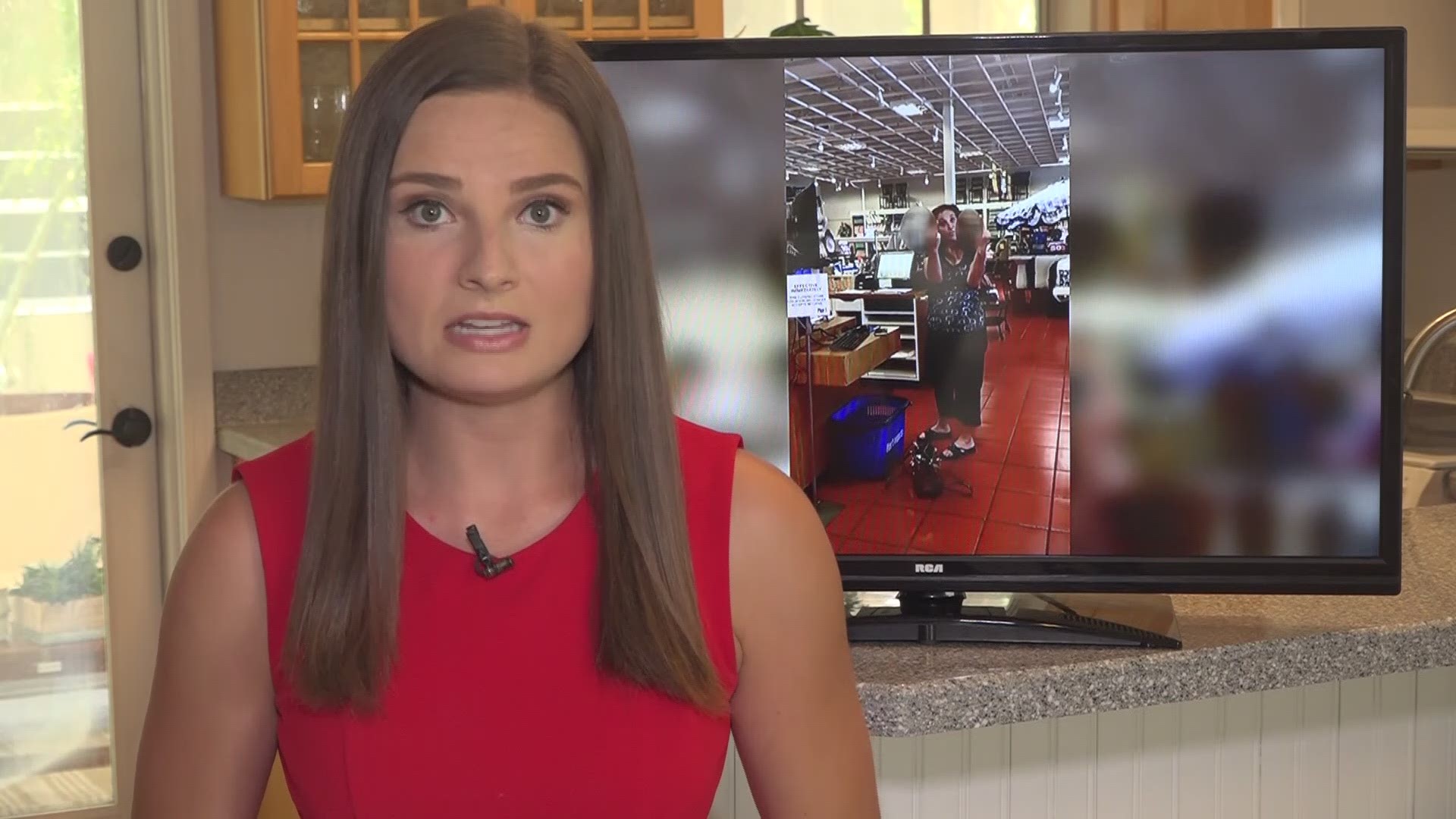 Correction: An earlier version of this story said police charges were filed. A police report was filed citing "Battery'" as the offense. Debra Hunter has not been charged or arrested.

The woman reportedly seen in a viral video intentionally coughing into the face of Jacksonville cancer patient has been identified in a police report obtained by First Coast News.

The Jacksonville Sheriff's Office was able to identify Debra Hunter, 52, of Fernandina Beach as the aggressor in a video that quickly made the rounds online.

In the video, Hunter can be seen at a cash register of the Pier 1 store at the St. Johns Town Center being verbally abusive to an employee.

Hunter then spots the victim taking the video, flicks her the bird and then walks up and coughs directly in her face.

According to the police report, the reported offense is "Battery -- touch or strike, no injury." Debra Hunter was not arrested, and is listed as "at large" in the report.

Heather Sprague says she was the one filming that day and told First Coast News the recording served a purpose, to help deter people from this kind of public behavior. She did not immediately file a police report saying she "didn't want to make a knee jerk reaction and call police."

Sprague says she is a brain tumor patient and has a compromised immune system, also told police she hasn't been feeling well since the incident.

“I wanted her to know she was being held accountable for her actions," she explained in her original Facebook post. "It only took her to decide she was done and to leave the store, which really was the goal."

In a Victim Crime Report filed with the State Attorney's Office, Sprague said that Hunter also threatened to kick her and tore down a sign when leaving the store.

On another note, the video is having unexpected fallout for a couple who says they are in no way related to the woman even though they share a last name.

They're now pleading for the death threats and nasty calls and emails they've been inundated with to end.

Since Saturday, Lisa Hunter says she has been flooded with more than 150 angry and threatening calls from strangers as far away as Canada.

Hunter and her husband want to set the record straight and let everyone know they are not connected to the woman in this video.