Despite all the gun violence we have seen in our city this week, the brakes have been put on a gun buyback event for now. 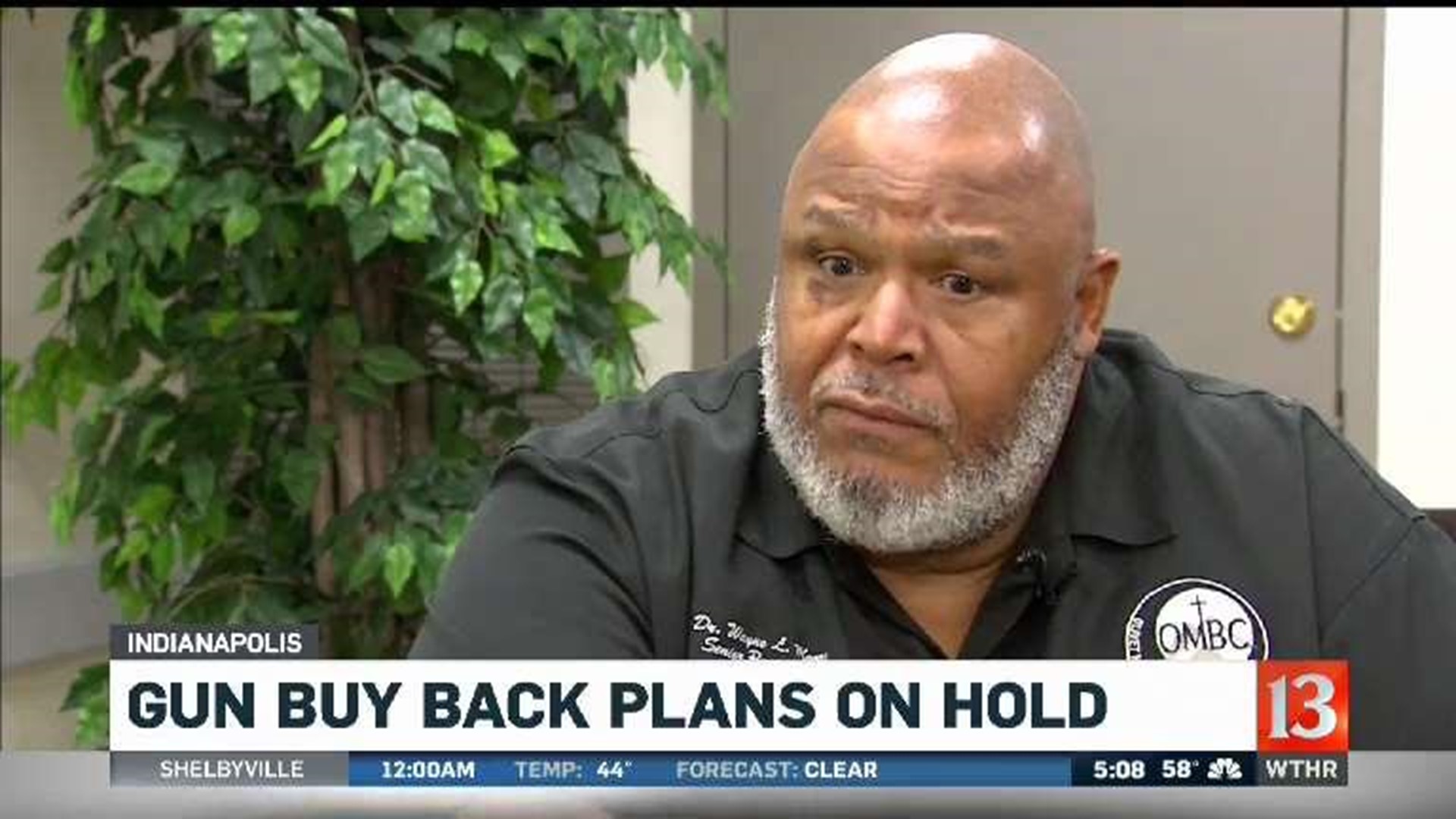 INDIANAPOLIS (WTHR) - Despite all the gun violence we have seen in our city this week, the brakes have been put on a gun buyback event for now. That's because some of the people actually praying for peace in the streets were left out of the planning.

Now that gun buyback organizers have hashed out their differences. They hope it's as successful as the last one here at the MLK Center, especially with thousands of dollars up for grabs.

Dr. Wayne Moore and other local clergy helped organize the last gun buyback event held at the MLK Center at West 40th and North Illinois streets. The event included other social service offers to people who showed up to safely surrender weapons with no questions asked.

"This is an opportunity for people to turn those guns in," said Moore.

Pastor David Green received a telephone call last week informing him about an already planned gun buyback for the weekend. Green helped Moore, along with pastors like James Jackson and Stephen Clay to also call for a cease fire. The call to Pastor Green invited him and other clergy to participate in the weekend event, which they had no time to help publicize.

The clergymen felt excluded from a gun buyback event and decided to write a letter of concern to IMPD Chief Bryan Roach to learn why.

Roach met with the ministers at Purpose of Life Ministries on Kessler and West 38th Street to clear up the misunderstanding. The chief is a longtime veteran of IMPD who worked his way up the ranks and developed strong community relationships along the way. Roach himself is also a man of faith and values his relationships with ministers of all faiths across the city.

"There are some community members had not been involved to the extent that they should have been so we put the brakes on it," he said.

The gun buyback has been rescheduled and it's much needed, especially after a night full of gun violence. Roach got back-to-back messages overnight about six different shootings across the city.

He told Eyewitness News that Indy's overall violent crimes are down. Still, the chief doesn't take the recent gun violence streak lightly and appeared obviously disheartened about the gun violence in Indianapolis in the past 24 hours.

"It's frustrating. But the things we are doing can have an impact," Roach said.

Just like Moore, Roach hopes gun buyback events will impact the number of weapons on the streets used in crimes and those that end up in the hands of those suffering from mental illnesses, including depression.

"The gun buyback works. During the last one, a gentleman thanked us for collecting the gun because he felt like if he kept it at home in his state of mind, that he would probably hurt himself with it by committing suicide," said Roach. "We want to get the guns off the street that should not be on the street and we need the entire community helping."

"I am told there were about 200 guns collected last time," Moore said. "Anybody who has a gun, anybody who understands what a gun can do to a family."

Gun buyback organizers have about $20,000 to give away and they hope to do just that. The event is also an opportunity to help promote the Safe Surrender program spearheaded by Pastor Stephen Clay. People with outstanding warrants are able to meet with law enforcement, prosecutors and court staff.