Police obtained video footage that shows three Burmese men in a room with three employees after they attempted to steal from Von Maur. 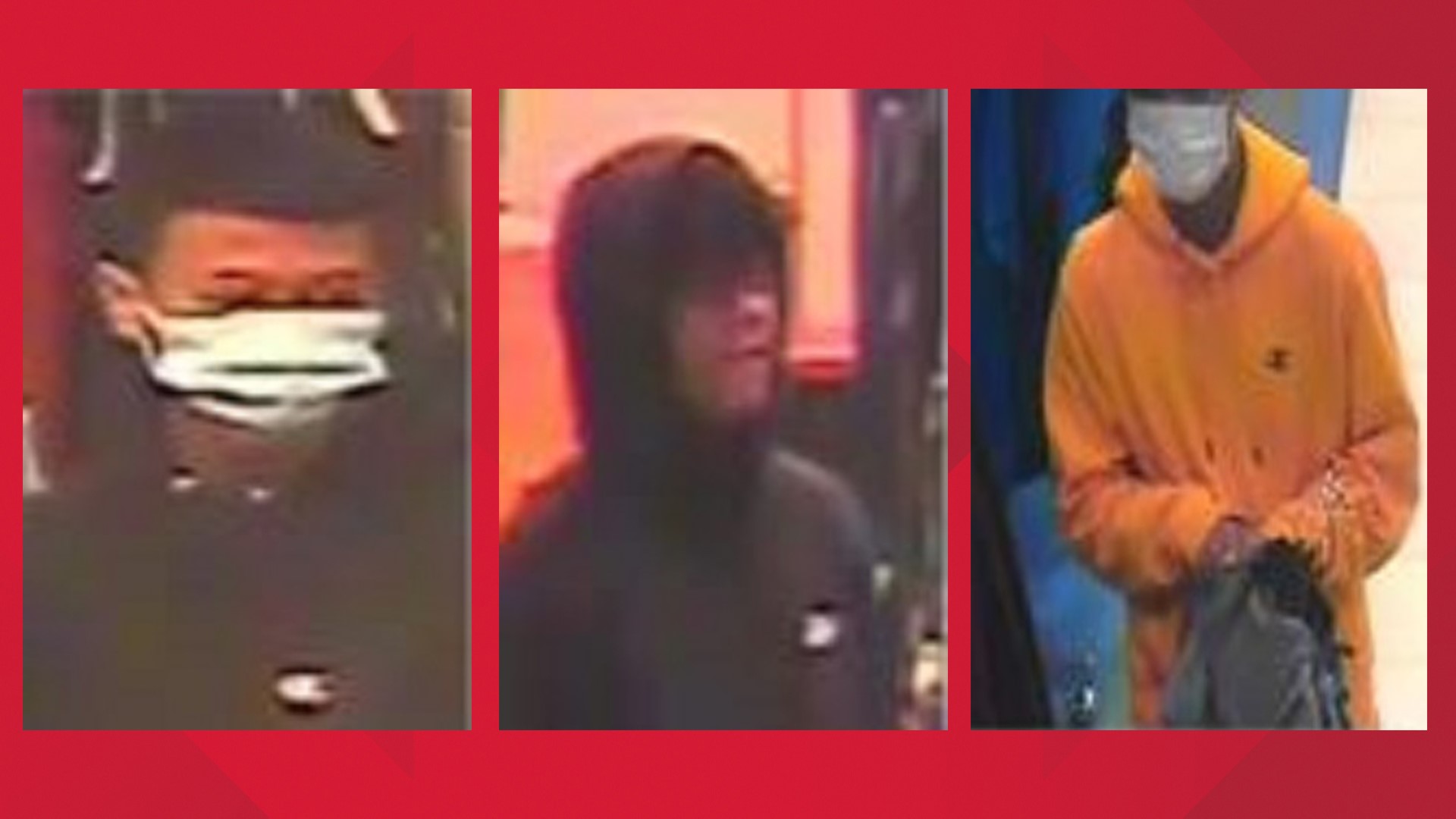 GREENWOOD, Ind. — Greenwood police are asking for the public's help in identifying three men who attempted to rob a department store at the Greenwood Park Mall.

Police obtained video footage that shows three men in a room with three employees after the men attempted to steal from the department store.

According to police, one of the men pulled out a black pistol and started waving it at one of the employees, then pointed it toward the other two employees. Police said the three men then ran out of the store, got into a car and left.

Credit: IMPD
The Greenwood Police Department is asking for help identifying three suspects who were caught shoplifting from Von Maur at the Greenwood Park Mall on Monday, Dec. 28.

The car the men left in is described as a black Ford Fusion, 2005-2008 model, with a front left hub cap missing, silver grill, no window tint and an "In God We Trust" license plate.

RELATED: IMPD asking for help in identifying 2 men who robbed Dollar General on city's near west side