The Bartholomew County Sheriff's Department is conducting an internal investigation, trying to figure out why deputies didn't detain a veteran suffering a mental health emergency, despite a court order to do so. 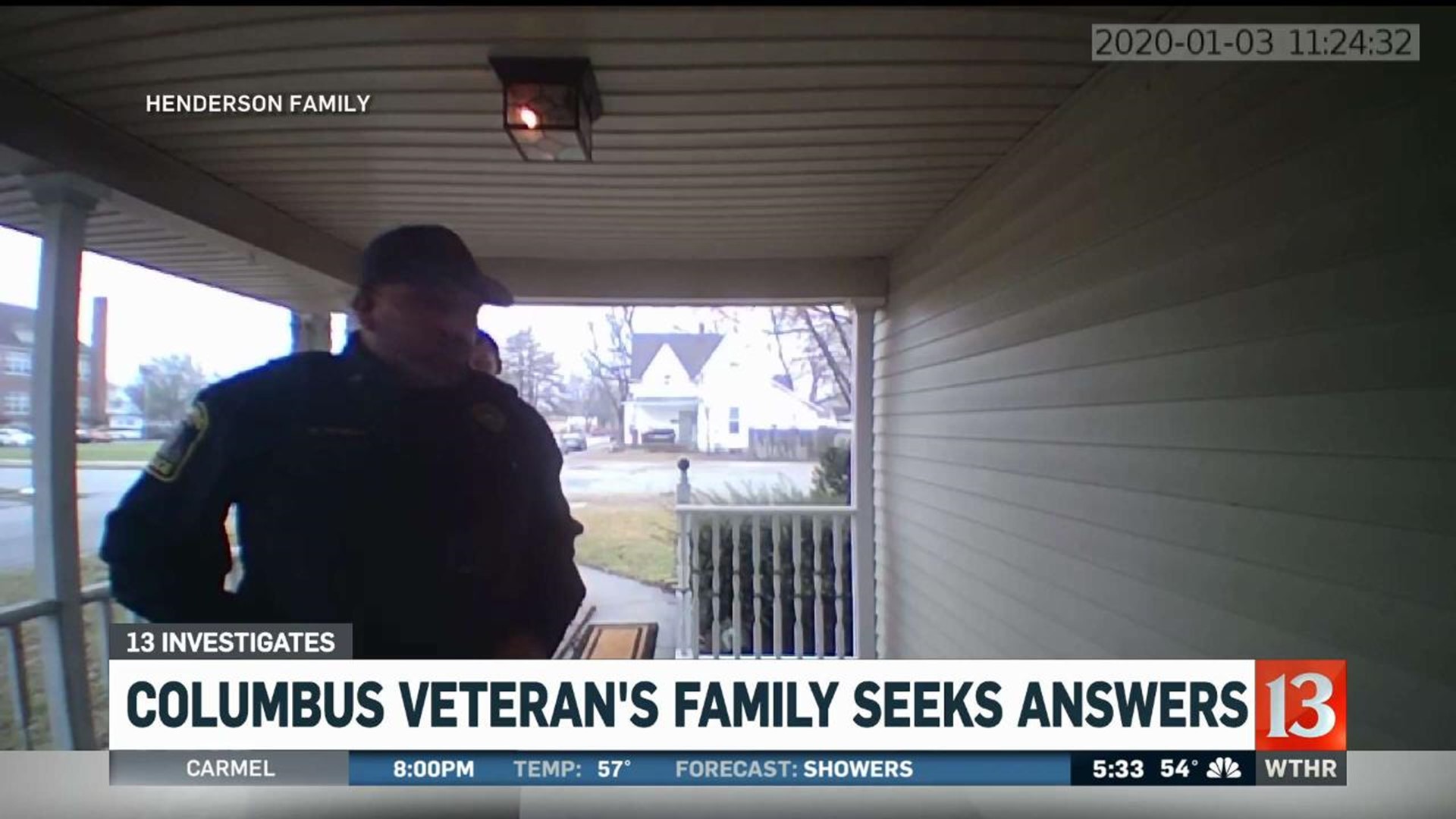 COLUMBUS, Ind. (WTHR) - The Bartholomew County Sheriff's Department is conducting an internal investigation, trying to figure out why deputies didn't detain a veteran suffering a mental health emergency, despite a court order to do so.

Air Force veteran Derek Henderson, 38, was killed the same night he was supposed to be taken to a VA hospital.

Henderson served in the Air Force in Afghanistan and was a certified personal trainer. But his family said he suffered a long battle with mental health disorders.

His behavior became so volatile, his family worked with doctors from the Department of Veterans Affairs to get a court order in Bartholomew County for him to be admitted to a mental health facility.

Columbus Police said they went to the house at 11 a.m. Friday, but could not contact Henderson. Officers came back at 2 p.m., but Henderson refused assistance.

The sheriff's department initiated the third call on the house after 6 p.m. with assistance from Columbus police. But it is not clear why Henderson was still not detained.

"Very disappointed, a lot of questions: Why didn't it happen? Why wasn't he picked up? Understanding that there was some confusion earlier in the day about the transportation where he was to be transported to. But once that got clarified, why wasn't it done?" said Chris Monroe, who is the uncle of Henderson's widow.

"We're sorry about what happened to the homeowner. He should have not been placed in this position either, whatever the situation was. We're not making any claim that he overreacted," Monroe said.

"Anger, disappointment, grief. Derek should not be in a funeral home now. He should be in a mental health hospital," Monroe said.

Derek Henderson's funeral with military honors is scheduled for Monday in Columbus. He leaves behind a wife and two daughters.