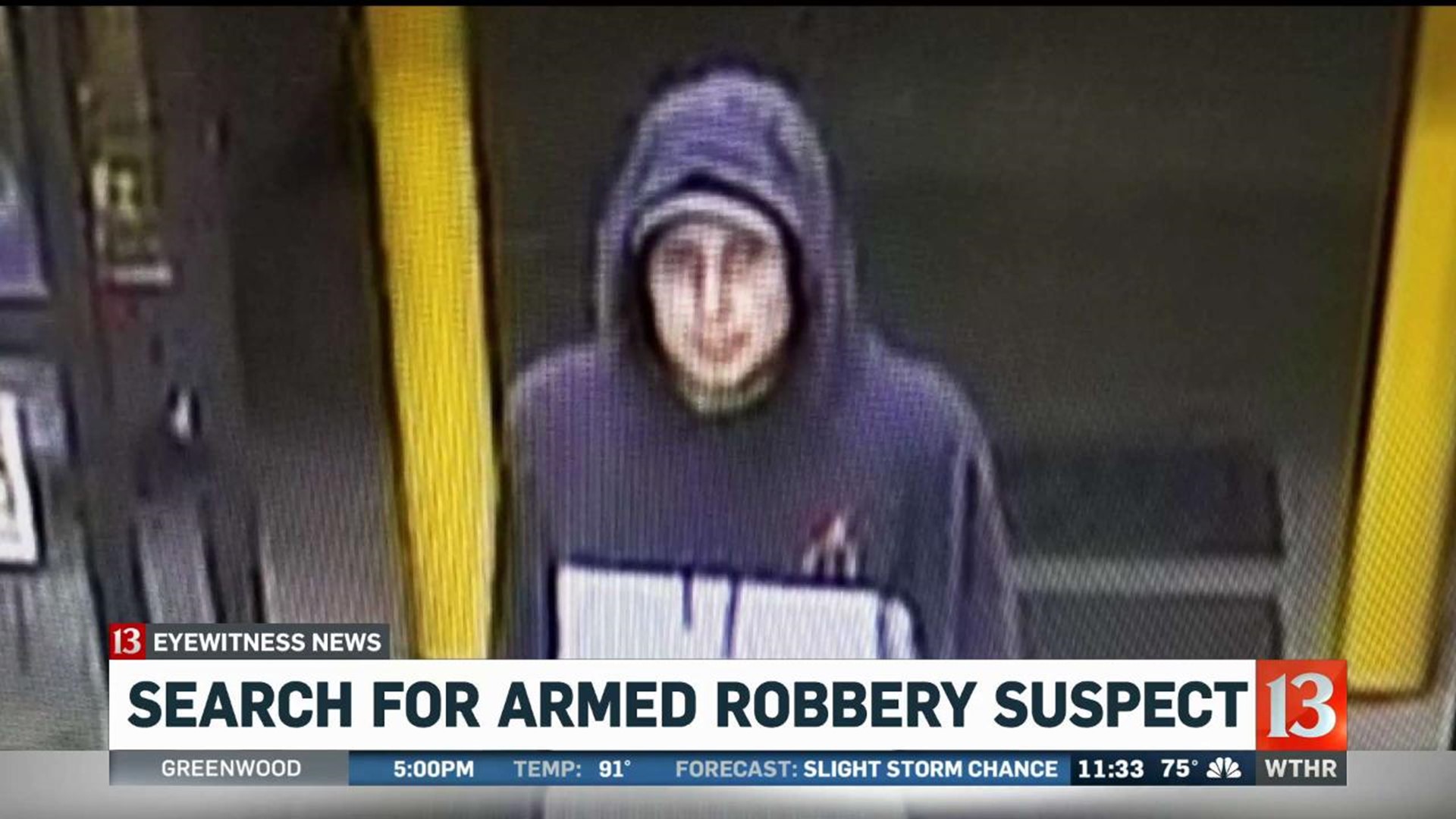 It was unnerving for customers like Valerie Anderson to hear.

"It's pretty scary, and the people here are so nice. I hate to think about them going through that," said Anderson.

Liz Reeves lives across the street and said her neighbor saw the suspect peeping through her back screen door, so the neighbor called police and told her to get out.

"They were at the door. They had their guns drawn. That's what scared me because I was coming out the door, and they were coming up," said Reeves. "It was very traumatic, but I'm alive."

Authorities say Ewoldt not only robbed this Dollar General but two other stores — one in Owen County and the other in Greencastle.

In each of the crimes, he was seen on surveillance video using a handgun.

Ewoldt is wanted in Boone and Montgomery counties on unrelated warrants.

"Hopefully they will catch up to him — hopefully," said Reeves.

Authorities are asking anyone with information on the case to contact them: