A family in southern Marion County got a startling surprise early Friday from a man who may have been trying to pass himself off as a police officer. 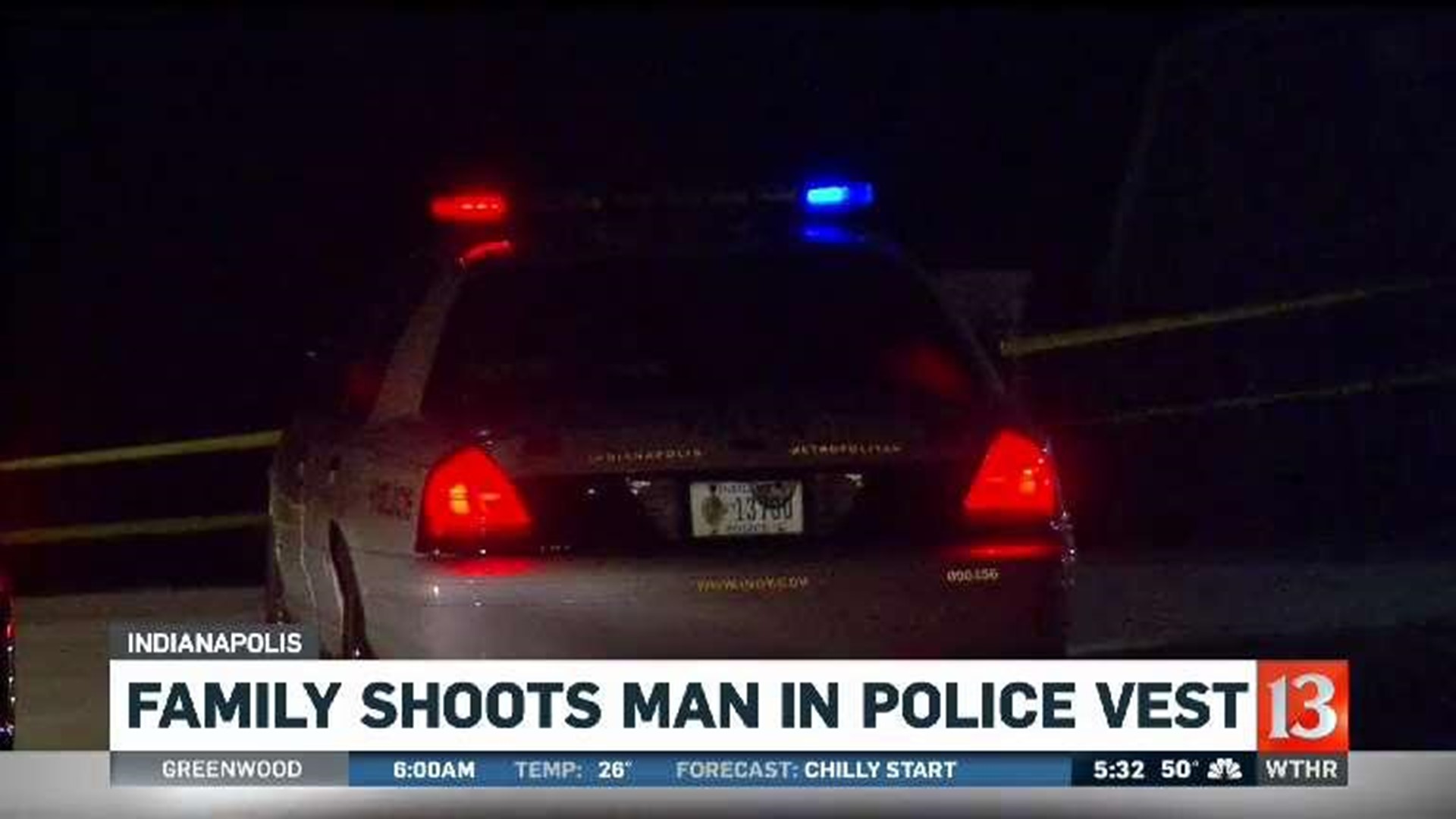 INDIANAPOLIS (WTHR) - A family in southern Marion County got a startling surprise early Friday from a man who may have been trying to pass himself off as a police officer.

Investigators at IMPD Headquarters are still piecing together what happened as the suspect recovers from his gunshot wound.

Shortly after midnight, police say 34-year-old Carl Simion went to a home in the 9200 block of East McGregor Road on the south side of Indianapolis. While wearing a tactical vest with the word "POLICE" marked on it, he reportedly used a gun to confine the homeowner and several other people inside.

That's when the homeowner pulled his own gun and shot the suspect. After the homeowner used his gun to defend himself and his family, Simion reportedly fled the home.

IMPD used a drone from another law enforcement agency, as well as K-9 units, to search for the suspect. Once in custody, police called for paramedics to treat Simion for a gunshot wound and take him to the hospital.

Evidence officers investigating the scene found not only the police vest they believe Simion wore during the crime, but also a pair of handcuffs and a two-way radio.

The home is in a rural part of southern Marion County, near Southport and Franklin roads. The homeowner told Eyewitness News they've had no sleep since the incident.

Simion is facing preliminary charges of confinement and impersonating a public servant. His name also appears in several incident reports connected to a home improvement store on Emerson Road on the south side. The reports say IMPD officers responded to thefts after calls from loss prevention officers which Simion is named as the victim, likely due to possibly working store security.

Police say Simion is in stable condition. When doctors release him from hospital detention, he will be taken to the Marion County Jail.