Police: Former Franklin Central teacher had sex with student, provided gun to another 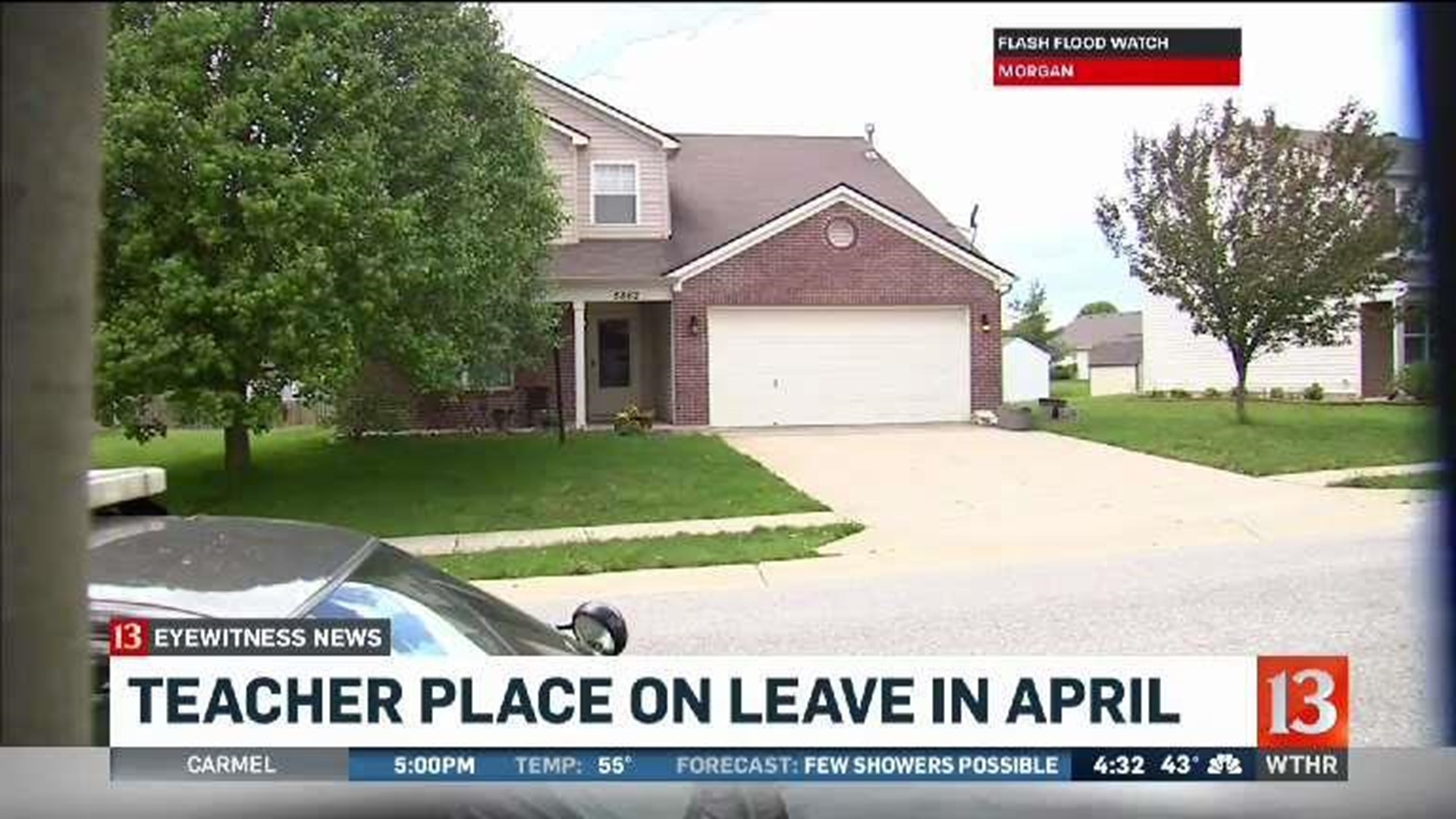 Police say 38-year-old Kathryn Hagan had an inappropriate sexual relationship with a 17-year-old male student and provided the student with Xanax.

Police also say Hagan provided a gun to another student knowing the student intended to use it to commit a crime.

Franklin Township administrators were first notified of the allegations on April 7 and then notified police and the Department of Child Services. School officials say Hagan was placed on administrative leave, but later resigned.

Hagan is no longer allowed on school property. Court records show a judge issued a warrant for Hagan's arrest.

Investigators wrote in court documents that the teenager told them that he had dinner with Hagan and her husband at their home not far from the school. That's when she reportedly gave him pain medication for his headache and later revealed to him that it was Xanax.

The student also told police he had sex with his teacher at the home and they could find evidence of it in their text messages.

"I could lose my teaching license."

"I enjoyed kissing you yesterday."

Court documents also make reference to a 10-second sex video circulating around the school among students. The students reportedly used the video to blackmail Hagan into giving them better grades. The video is allegedly of Hagan and a male student having sexual relations.

Julie Oneal, the mother of a teenage boy at the school, is outraged about the allegations. After learning more about the case, about Kathryn Hagan online, she talked with her son extensively about the situation.

"We talked about it. He didn't know a lot about it, just rumors going around school," Oneal said. "We talked about how inappropriate that kind of behavior is, whether the kid is 17 or 18, it doesn't matter. If he's a student at school and she is there to protect him and not to harm him and that's harmful to me."

Part of the school district statement sent to Eyewitness News about how they handled this situation.

"The Franklin Township Community School Corporation (“FTCSC”) has learned that criminal charges have been filed against former FTCSC teacher, Ms. Kathryn Hagan. Ms. Hagan was hired by the school district in January of 2017 and cleared a full criminal history check prior to being employed. On April 7, 2017 we were shocked to learn of these allegations. We immediately contacted law enforcement and her employment with the district ended the same day. We are fully cooperating with the police investigation. The safety and welfare of our students remains our utmost priority."

According to court documents, text messages reveal that Hagan allegedly purchased a gun and ammunition for a 16-year-old student. They reportedly text each other about the student using the gun to rob another student. Hagan reportedly expressed concerns about the gun being traced back to her if found by police.

IMPD investigators located records of Hagan purchasing a weapon and ammunition after allegedly texting about it. Officers did not locate the gun during a search at her home. They did find the paperwork for the gun.

This is an ongoing investigation, with the school district's full cooperation with law enforcement and the Marion County Prosecutor's Office.