Police in Johnson County are warning that the "Felony Lane Gang" is back in town and they're targeting parents. 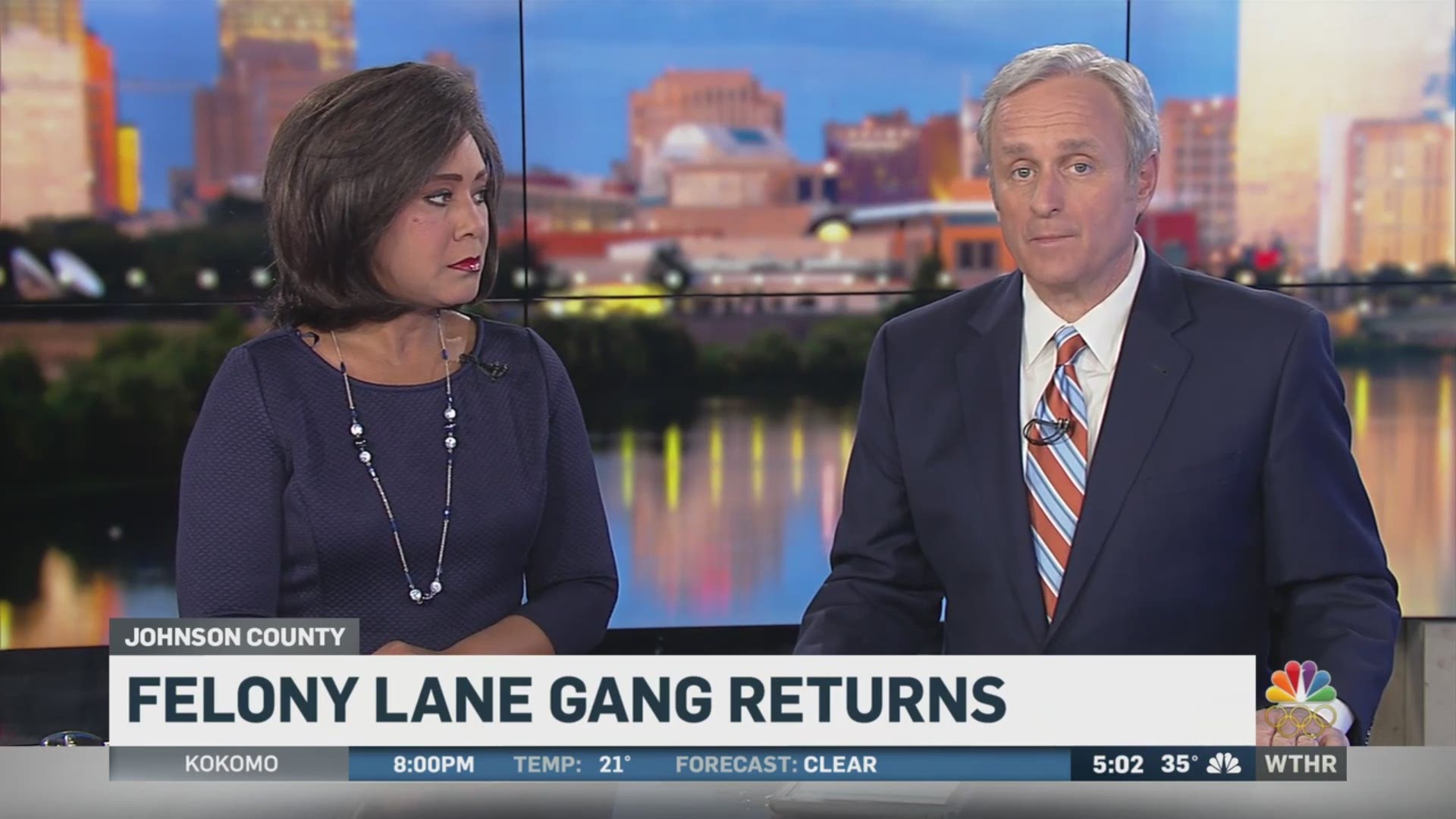 GREENWOOD, Ind. (WTHR) - Police in Johnson County are warning that the "Felony Lane Gang" is back in town and they're targeting parents.

Vehicles at least two daycare centers in Greenwood were hit Monday morning and as soon as sheriff's deputies responded, they say they know it was likely the work of this gang of out-of-state thieves who come back to steal from Hoosiers every few months.

There's a crimewatch sign right outside The Goddard School in White River Township. It's quiet. It's normally safe.

But more eyes than the good guys' were watching Monday morning and they were targeting parents in the parking lot.

Cassandra Rutherford became a victim during her normal daycare routine.

"It's very frustrating. I didn't think ever think it was going to happen to me," Rutherford said. "I drop off my son. It's less than five minutes. I take him in, take his coat off, then I leave."

But this time, she walked out to shattered glass.

"I noticed I had a hole in my window, passenger side," Rutherford said. I realized after we looked at the video that they were trying to break into my car."

Steve Patel with The Goddard School showed that video to Eyewitness News.

Surveillance cameras captured the crime just after 7:00 am.

Video shows a maroon minivan case the place at 7:00 am.

Then the vehicle parks across the street and pulls in right after Rutherford takes her son in the building.

"He was waiting across the street and watching," Patel pointed out. "There he is."

"They backed their car up next to mine and then the passenger got out, you see him do something real quick to my window," Rutherford said.

Another car scared the suspects off before they could get her bag.

"I know you're not supposed to leave your purse in your car, leave your car running, and I did," Rutherford said. "I figured three minutes, I'll be in and out."

But investigators say that's what these thieves are counting on: parents dropping their guard.

All the crooks need is a minute or two to get in your car and get your stuff.

In fact, around 7:30 Monday morning, the same maroon minivan targeted another mom at Adventures Child Care off State Road 37.

"They know more than likely that person's going into that daycare center without their bag or their purse over their shoulder because they have their child in tow," said Johnson County Sheriff Doug Cox.

Police believe because of the M.O., it's the work of the Felony Lane Gang.

Sheriff Cox says that's a group of thieves from out of state who come here every few months, rent a car to commit their crimes, then cruise parking lots in search of cash, checks and credit cards.

Their prime time to steal is between 7:00 and 8:00am and their most common targets are day care centers and workout gyms.

"They want to go in undetected, so they'll rent a vehicle from out-of-state. Then they'll watch a person pull in, pull in beside them and very quickly they're in that vehicle, using a punch to break out the window," Cox said. "These folks won't stop until they get after what they came for."

That's why police and parents are warning others about that quick trip to drop off your child, leaving your bag in the car.

"I won't be doing that anymore," Rutherford said.

It's not just Johnson County that's been hit.

If you see that maroon minivan from this morning, the sheriff's department asks that you call police right away.

They want to catch these guys before they leave town again. 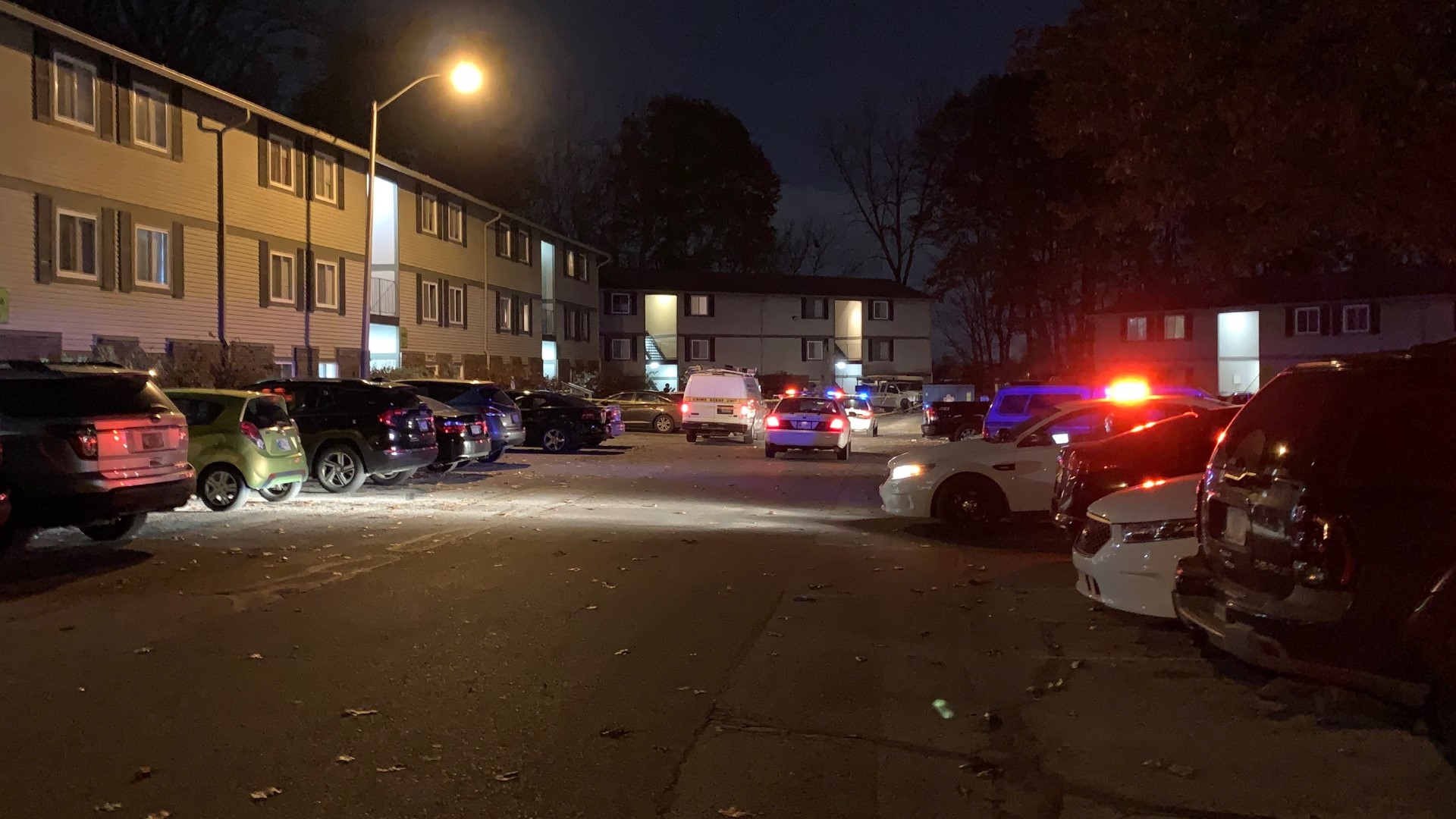