Police arrested an Anderson man Monday after they say he hit a school bus while driving under the influence. 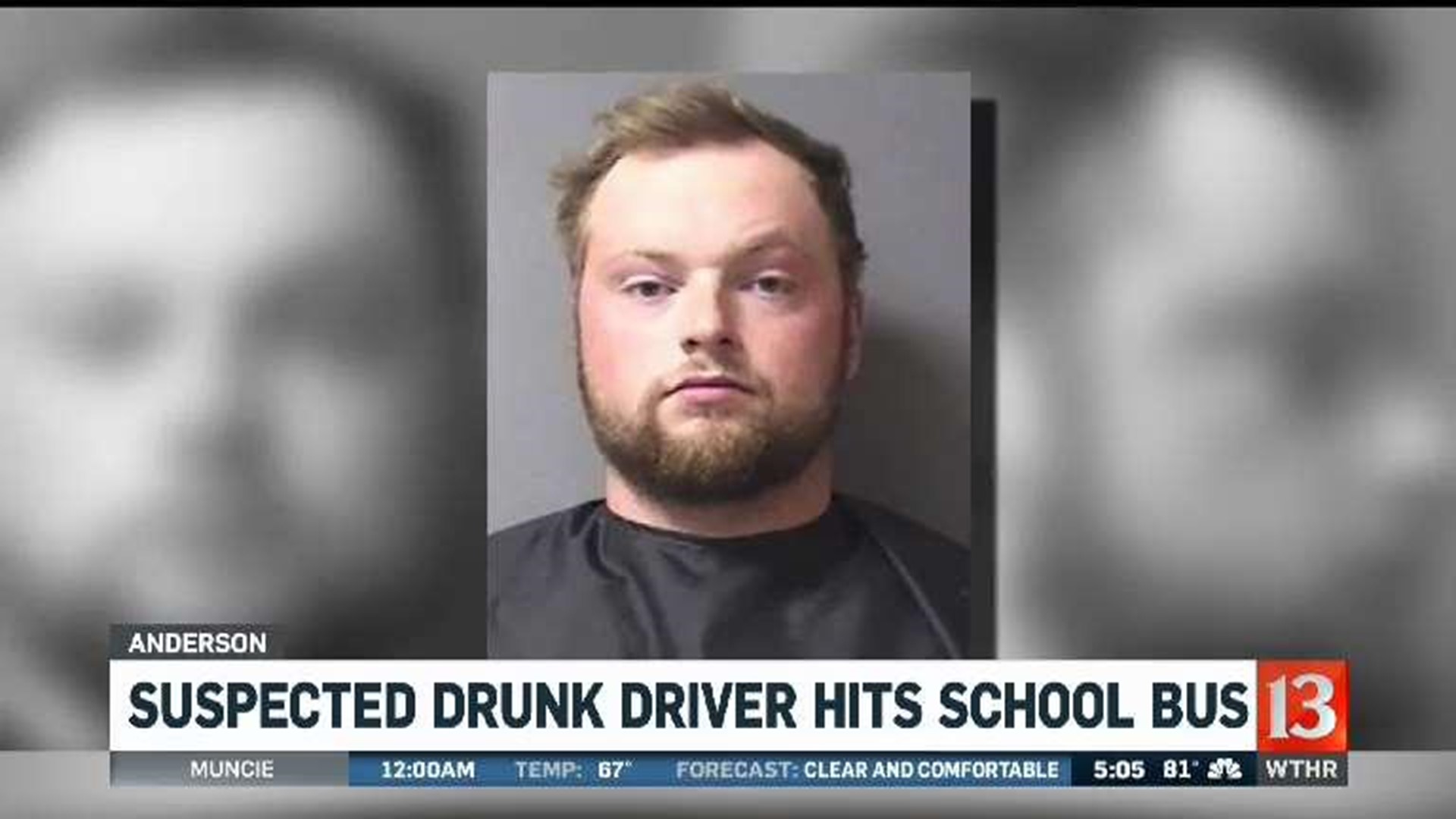 ANDERSON, Ind. (WTHR) - Police arrested an Anderson man Monday after they say he hit a school bus while driving under the influence.

Four children suffered minor injuries during the crash and were treated and released from the hospital.

Police say Peyton Tonning was driving a Chevy Equinox when he rear-ended an Anderson Community School bus with students at the intersection of 38th Street and Columbus Avenue around 3:50 p.m.

Police say after the collision Tonning left the scene of the accident but was later apprehended by responding officers in the 3700 block of Columbus Avenue after being pointed out to police by witnesses.

Witnesses to the collision told police they observed Tonning driving the Equinox that hit the bus.