Police say a deadly shooting after a home invasion in Greenwood appears to be an attempted drug-related robbery over marijuana. 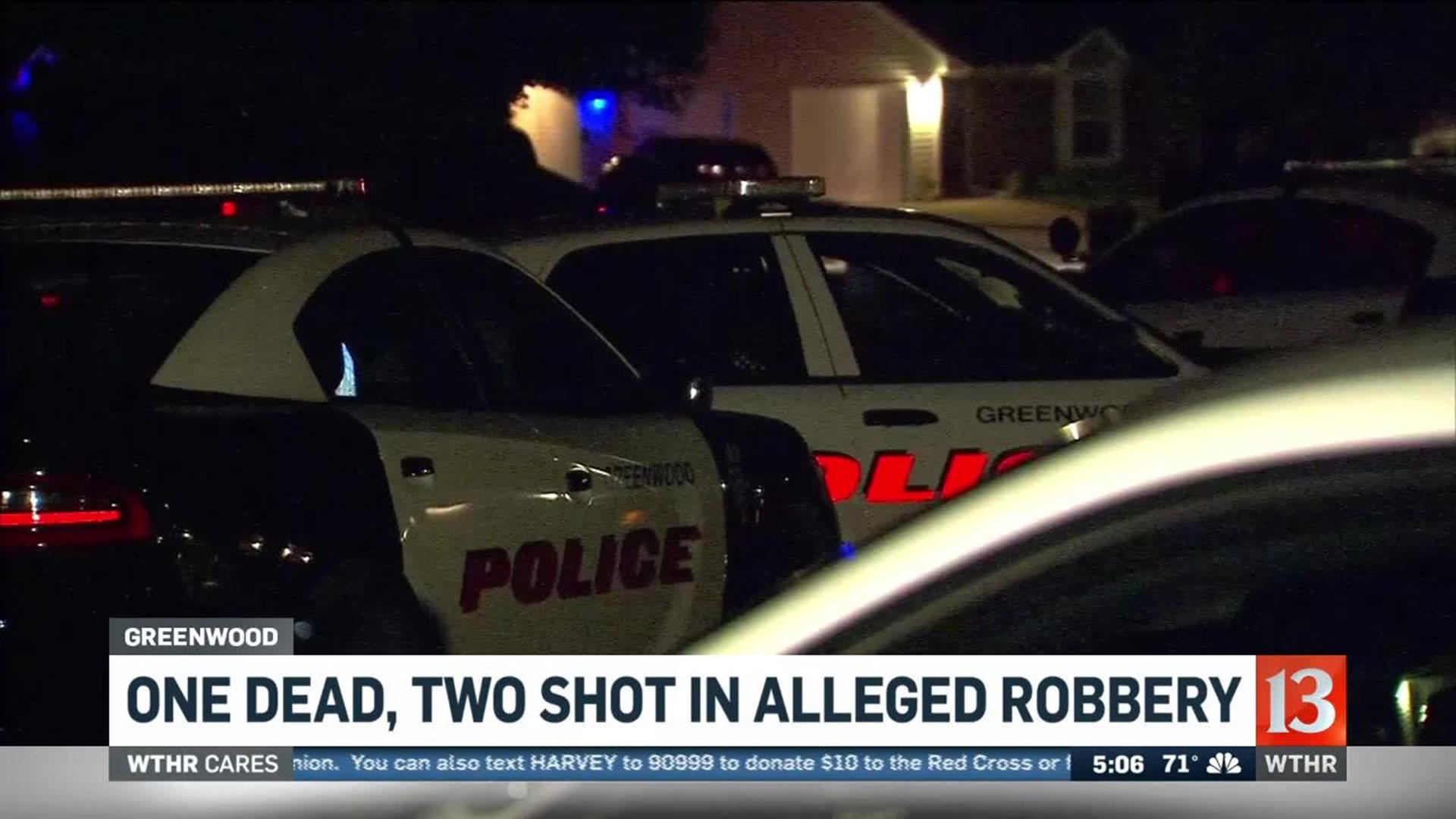 GREENWOOD, Ind. (WTHR) - Police say a deadly shooting after a home invasion in Greenwood appears to be an attempted drug-related robbery over marijuana.

It happened around 12:30 a.m. Tuesday on Bridle Court, in the Barton Farms subdivision, off of US 31 and Stop 18 Road. Three people were shot there, including the intruder, who died.

The bullet holes are everywhere at the home - in the siding, the doorway, the cars in the driveway. They're evidence of the deadly shootout overnight, which police say targeted cash and marijuana.

"You have a masked, gloved gunman waiting at, assumably, a marijuana dealer's front door - waiting for that door to come open," explained Johnson County Prosecutor Brad Cooper. "When it does, he brings his firearm in and robs him. And what does the marijuana dealer have everywhere in his house? Everywhere you see, there's a handgun."

"There was a lot of marijuana initially, just in plain view, when the officers went in," said Greenwood Asst. Police Chief Matthew Fillenwarth. "There was a handgun lying on the floor, bullet holes in the door. You could smell the raw marijuana from outside the house."

The masked man who broke in died on the street. He hasn't been identified yet and an autopsy is scheduled for Wednesday morning.

Investigators say they're still searching for the driver of the getaway car that sped off when the intruder collapsed in the street.

The renters at the home, Whitaker and Ryan Endress, both 21, were shot and injured in the arms and legs.

Neighbors say they never expected this danger, never knew about the drugs.

"I had texts coming from my family going, 'Are you okay, mom?' I don't like guns and it scares me when it comes that close," said neighbor Kenijo Brown.

"I was sitting in the garage thinking - 'Well, okay, that was a gunshot," added neighbor Robin Cashman. "I just sat there and I wasn't going to move a muscle."

"We had no idea," said neighbor Susie Aldendorf. "I think we like to tend to shut it out of our peripheral vision and think it's safe here."

But prosecutors say marijuana dealing has become a big and deadly business in Johnson County.
Cooper says highly-potent pot, worth a lot of money, is costing lives.

"Three or four of the last homicides in Greenwood have been over marijuana drug deals," Cooper said. "A lot of people are pooling large amounts of cash together and sending someone out to Colorado or elsewhere, where it would be legal and they're collecting as much marijuana as they can get and driving it back and spreading it amongts everyone."

That's what police believe may have happened on Bridle Court. They found nearly $4,000 in cash in the home, along with a lot of guns and drugs, including acid and a large quantity of marijuana.

They also discovered a man dead, going after all of it.

Prosecutors say they don't expect to file any charges for the shooting because they say it was in self-defense. But they do expect to file drug possession and dealing charges against Endress and Whitaker in the next couple of days.