Eyewitness News has learned a custodian at Bloomington North High School is accused of hiding a camera in the locker room. 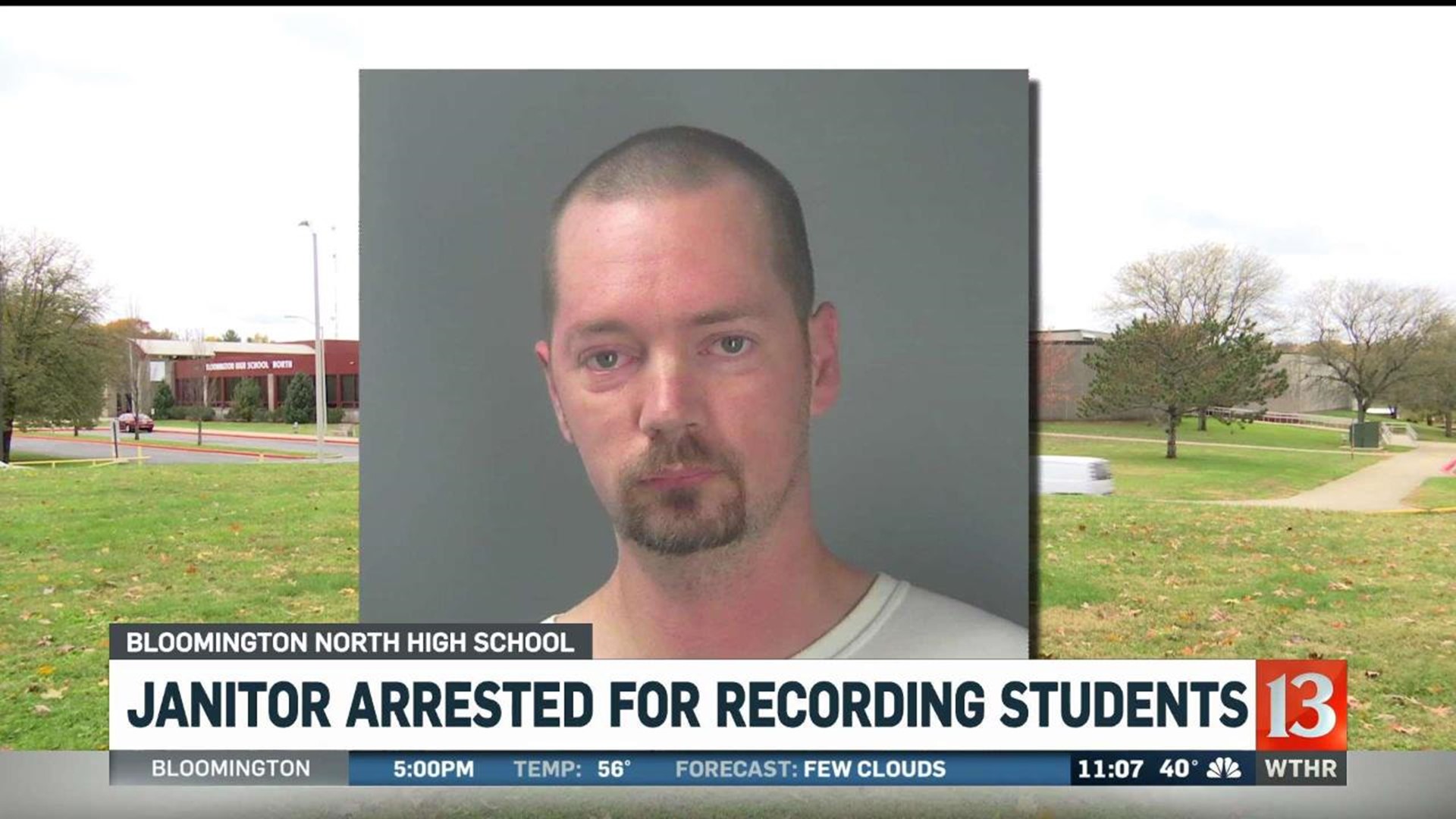 BLOOMINGTON, Ind. (WTHR) — Eyewitness News has learned a custodian at Bloomington North High School is accused of hiding a camera in a locker room.

Bloomington police say three 13-year-old girls from the Brown County Elite Swim Club were in the swimming locker room to change. One of the girls noticed a trash bag in the corner of the room with a hole torn in the bottom.

"Everyone is really disgusted. Everyone is like, does anyone know who it is?" said high school student Lindsey Evans.

Police say custodian William Marrs came into the pool area, looking for a missing phone and the coach turned it over to him. The coach and parents then called police.

The girls told police that several weeks before, the same custodian had stopped them from going into the locker room until he changed the soap dispenser.

"I seen him a few times, but I didn’t get a good vibe from him so I stayed away," said Andrea Buck, who graduated from Bloomington North in 2018.

"A bunch of people were, like, 'I'm really glad I'm not in swim," said Evans.

Police are examining the phone and it's still unclear if Marrs used it in any other locker or restrooms in the school or captured images of females undressing.

"It was really weird. I didn't want to go into the girls' locker room for awhile. I went to do laundry today and it felt weird, like somebody's watching me," said student Cassidy Pickard.

She was doing laundry for her school team. Like Evans, Pickard also had no connection to the phone found Thursday night, but is a North student. Her mother Stephanie Holman said her daughter has "been through a lot. She doesn’t need to be...she needs to feel safe at school."

"It is scary with cell phones, how available they are. Whether or not they're actually taking precautions to make sure the kids are safe," said Evans' mother Valerie Birdsong.

"Last evening, we had a custodian at North who allegedly had a camera in the swimming locker room. Our administration investigated and immediately contacted the Bloomington Police Department. The police have charged the individual and he has been suspended from MCCSC pending investigation. Please know that we take the safety and security of our students and staff very seriously and will continue to be vigilant in our efforts."

Last evening, we had a custodian at Bloomington High School North who allegedly had a video camera in the girls swimming locker room. Our administration is working closely with the Bloomington Police Department as they fully investigate the situation. The police have charged the individual and he has been suspended from MCCSC pending investigation. At present, we do not know the extent of the video and as soon as we have more information as relayed to us by the police, we will provide what we are able to share. We do not know whether any of our students or staff were videotaped. As this is an ongoing investigation we are fully cooperating with the police and are awaiting direction from them regarding this matter. If you or anyone you know has any additional information regarding this situation, please reach out to our administration or the police department immediately as it may be helpful to this ongoing investigation. If any students are in need of counseling assistance, please contact your building administrator or your school counselor. The safety and security of our students and staff are of the utmost importance, and we are taking every precaution necessary.

We are grateful for the quick response by the Bloomington Police and Monroe County Community Schools Corporation. We are thankful our swimmers, coach, and parents responded to the situation quickly and appropriately. We will have no further comment at this time. - Tia Arthur, BEST parent and team spokesperson.

Marrs has been charged with child exploitation and voyeurism. He has been suspended from MCCSC pending the outcome of the investigation.

Police ask anyone with information about the camera to come forward.