The owners and employees of Two Chicks Whisky Business say the suspect locked the door and appeared to reach for a gun. 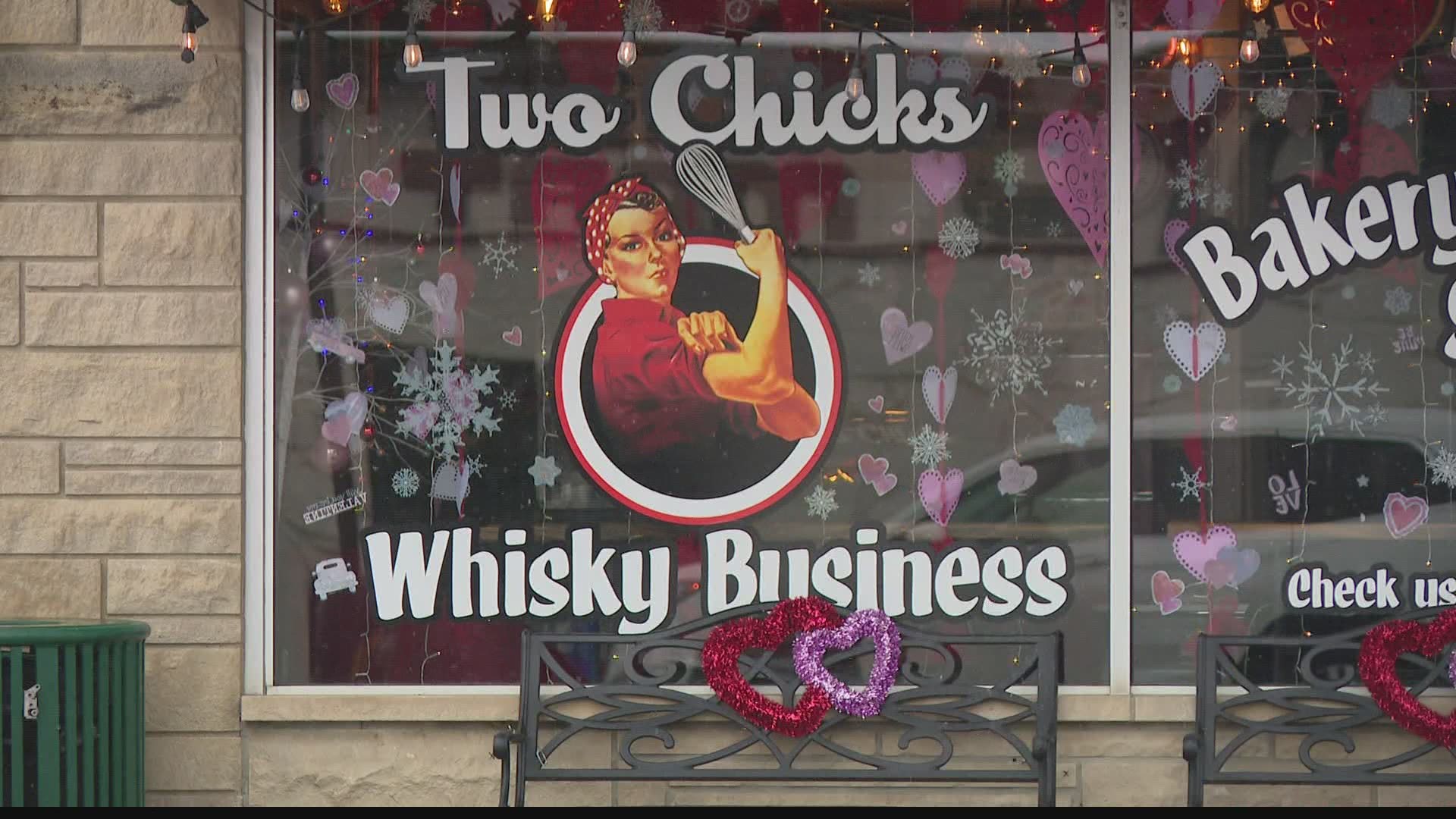 PLAINFIELD, Ind. — Workers at a Plainfield bakery fought back against a robber Saturday.

Police say a man wearing a ski mask went into Two Chicks Whisky Business on Main Street, locked the door and acted like he was reaching for a gun. The owners of the bakery and their employees threw food and other items at the man to get him out of the store.

"Once I saw him lock that door, I didn't know what his intentions were, and we feared for our life and so we kept yelling at him to get out," said owner Rhonda Welp.

Welp and her wife, Paige, own the bakery. They were inside with their son and 19-year-old daughter when the man came in. He made off with their tip jar, but the owners said on Facebook Sunday evening, they feared for their lives as they tried to make their way to the back door.

"We just wanted out," they wrote on their post. "Our store was trashed in the process, but all of this can be replaced."

Officers arrived and found 25-year-old Matthew Marshall trying to get away. He had switched to a different disguise, but a witness sent police a photo of Marshall, and officers identified him by the shoes he was wearing.

The bakery's owners say they're going to take some time to "catch our breath and heal from this trauma" while working to figure out their future.