The man accused of attacking two people inside their Lebanon home over the weekend is speaking out from jail. 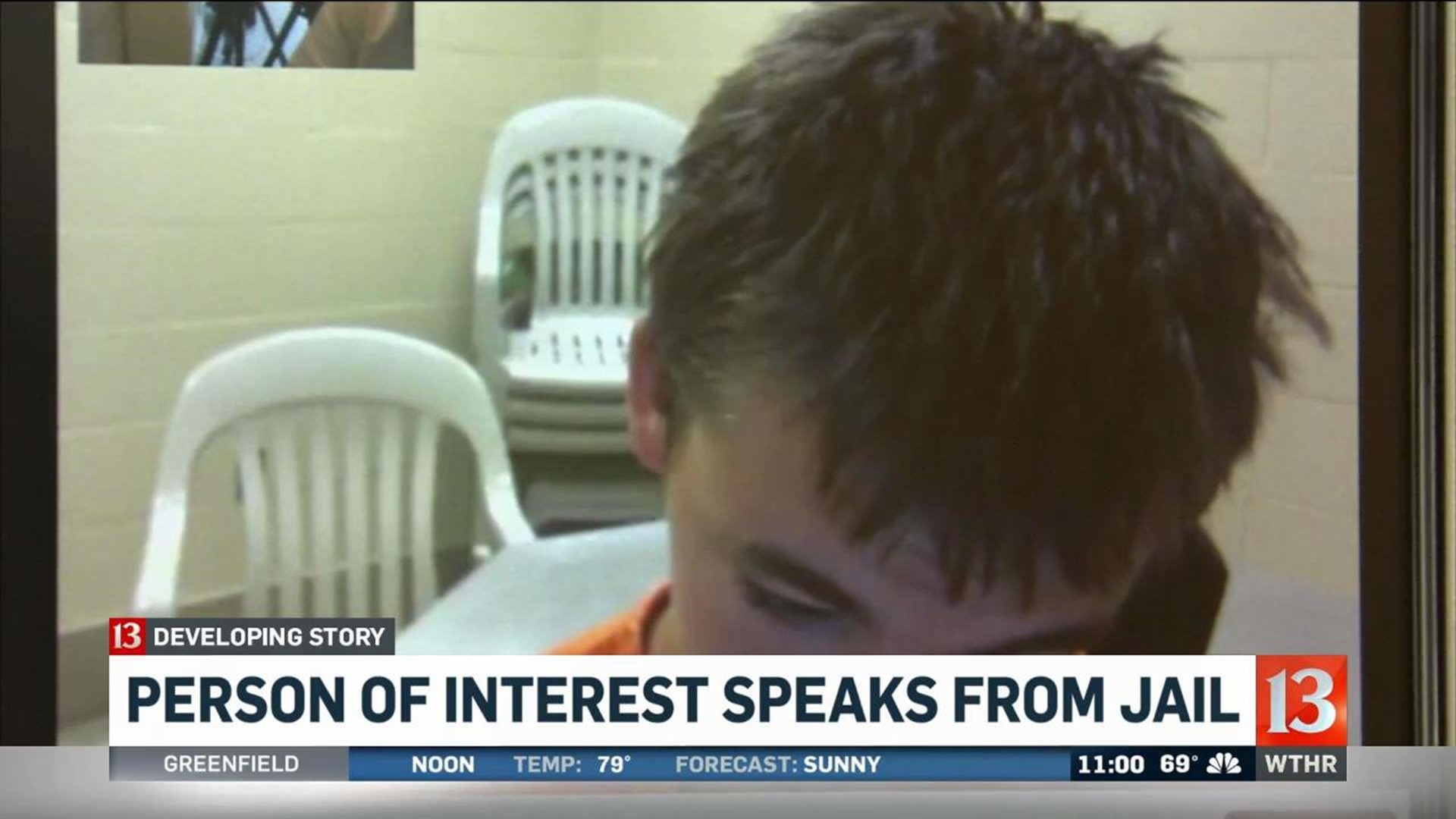 LEBANON, Ind. (WTHR) - The man accused of attacking two people inside their Lebanon home over the weekend is speaking out from jail.

Zachariah Wright is being called a "person of interest" in the home invasion where 73-year-old Max Foster was stabbed to death and his wife, 68-year-old Sonja Foster, was wounded.

After a court hearing via teleconference, Wright sat down with Eyewitness News for an interview.

He denied having any involvement in the home invasion and says he doesn't know why police are targeting him for the crime.

"Why did you agree to talk to us?" Eyewitness News reporter David MacAnally asked.

Wright stayed cool and kept to his story in a nearly 10-minute long jailhouse interview with eyewitness news Monday afternoon.

Q: Did you attack the Fosters in their home Sunday morning?
A. No.
Q: Do you know who did?
A: No.

The 19-year-old says he doesn't know why police would name him a person of interest in their investigation. Foster and his wife were attacked around 7 a.m. Sunday. Wright says he was at home at that time.

He told Eyewitness News he got to the house where he rents a room around 5:30 or 6 a.m. Sunday, up to 90 minutes before the attack. But his landlord says that's not what he saw.

Or, Boutwell says, possibly high on something.

But Wright denies those suspicions.

"I was not intoxicated by any substance," he said.

Is it possible something happened and he does not remember the attack on the Fosters?

"No, that's not possible," Wright replied.

"He come in at 10 o'clock with no shirt and no shoes. As far as what he said about all that, I don't think I should really say anything else. I gave the statement to the police," Boutwell said.

And what happened to the clothes, the shirt and shoes Boutwell says Wright did not have on when he came home Sunday morning?

Q: Did you discard those to get rid of evidence?
A: No.
Q: Were those a bloody shirt and bloody shoes?
A: No.

Boutwell didn't call police Sunday morning, but says he was about to later in the afternoon when he learned more about the deadly attack. He says someone else in the house who heard what Zack Wright was talking about called the police.

"From what Zack had said to me and what I noticed about his appearance, I would have been calling the police myself," he said.

"I've never harmed anyone in my life. I've never done anything violent. I've never even been in a fistfight before other than wrestling with my brother and stuff. I'm just not the type of person," Wright said.

And even for Boutwell, who saw Zack as a good kid who needed a home, "we're talking cold-blooded murder here. It doesn't seem like him at all."

Boutwell says his son and Zachariah were living in a boys home together. That's how he met Wright. Later, Wright needed a place to stay, so he offered him a room for rent.

He says Wright worked two jobs. One in fast food the other at a truck repair shop.

"I gave him a place to live. Was renting them a room here. He seemed like a good kid. Tried to get his life together. He was going to work, he was paying his rent on time. I don't know what happened," said Boutwell.

Boutwell says one reason he first discounted Wright as a person of interest was the description police released of the suspect - six feet tall with long hair. He says Wright is about 5'7" with short hair.

Neighbors shocked by the attack remained silent Monday. For other residents of the small Boone County city, there is surprise and sadness.

"It kinda makes me upset. It's, like, what did those people do for that person to think like that?" said Brian Caul.

Investigators believe the attack is related to an attempted burglary that occurred 15 minutes earlier, a few blocks away.

"I work two jobs, I am up at 2 a.m., I'm walking around midday, I feel safe everywhere I go. It was quite a shock," said Dana Eldred.

As of right now, Wright has not been charged with the deadly home attack. He's currently being held at the Boone County Jail on a probation violation. He was placed on three years probation for a burglary last year.