The man who allegedly shot 14-year-old Curtis White Jr. told police the teen was trying to rob him at gunpoint. 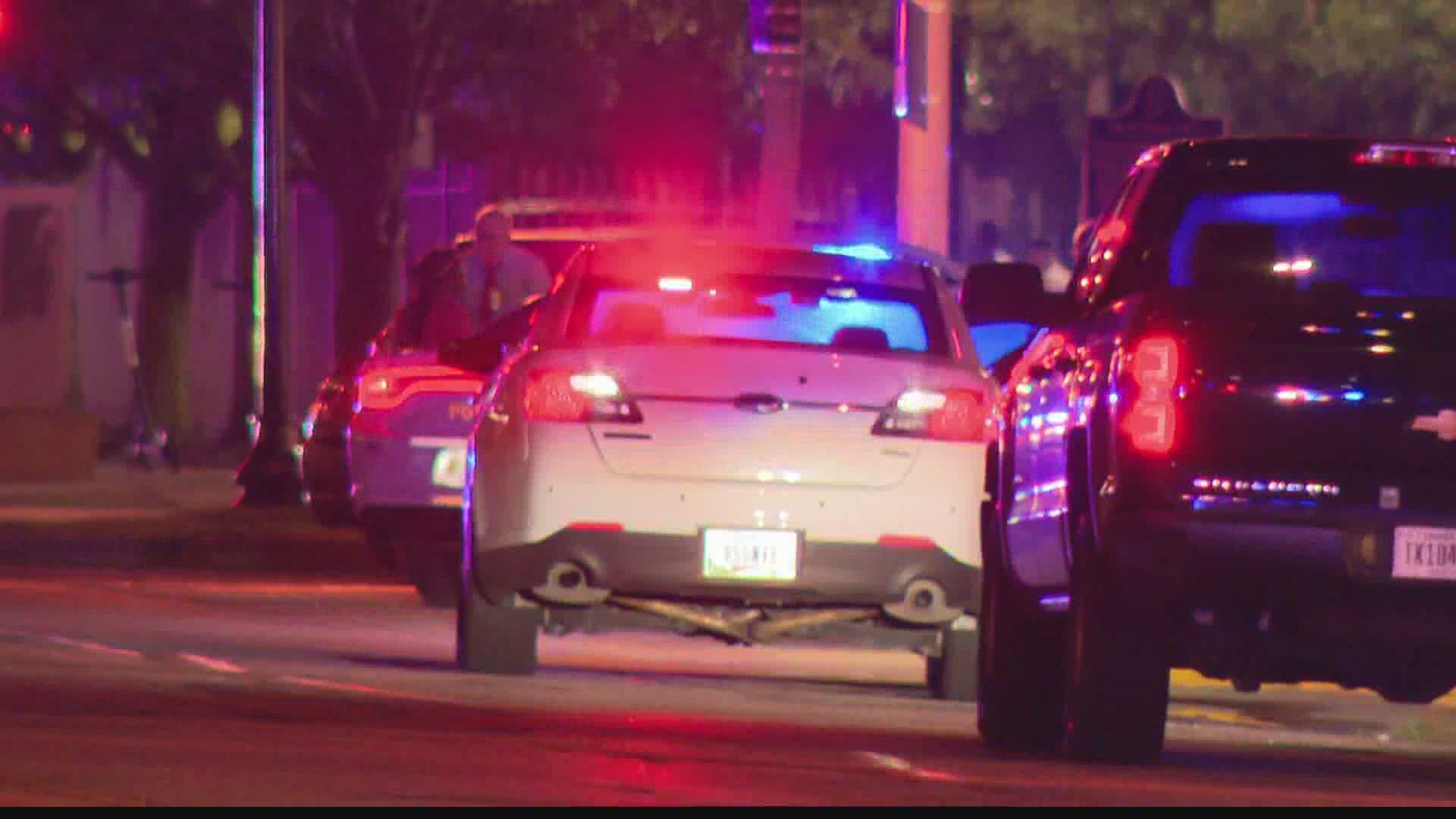 INDIANAPOLIS — IMPD is investigating after a teenager was shot downtown near the canal Monday morning.

Fourteen-year-old Curtis White Jr. was shot near West Walnut Street and North Senate Avenue just before 2 a.m. Monday. He was taken to the hospital in critical condition and later died of his injuries.

William Loman was at a party with friends downtown over the weekend when gunfire on the canal forced them to take cover.

"You're scared for your life and the only one you are worried about is the people around you and yourself," Loman said. "We were down there. We were drinking, we were having a good time. The end of COVID happened and we were just trying to get people out of the house."

But investigators say when White tried to rob an adult male at gunpoint on the canal, the robbery victim shot the teen. He told the police officers who responded that he shot White in self-defense.

"We were there maybe 30 minutes and the next thing you know, gunshots went off and we just scattered," Loman said.

There were no reports of anyone else hit by the gunfire at the canal early Monday morning.

The man who shot the 14-year-old told detectives he rendered first aid, hoping to save the teen's life. Loman said he never expected gunfire on the canal, despite being around dangerous situations before.

"I have been near drive-by shootings," he said. "I've been at parties where there have been shootings. It's scary."

RELATED: Child grazed with bullet in shooting at near east side home

RELATED: 1 person in critical condition after west side shooting

Monday afternoon, White's father showed up at the emergency room at IU Health Methodist Hospital, suffering from a gunshot wound. There is no word on his condition and IMPD said the two incidents are not connected and couldn't provide any further details about how Curtis White Sr. was shot.

Police records show the same teenager has had a sad and troubled life from age 4, when he accidentally shot a 3-year-old playmate after finding a family member's gun at home. White's name can also be found in armed robbery reports investigated by IMPD. There is also a June 4, 2020 report filed by the teen's parents who reported him as a runaway to IMPD.

Now IMPD would like to hear from anyone — especially the canal partygoers — with any details about moments before the gunfire. Many of the people gathered on the canal joined each other over a period of time as more and more people arrived downtown.

"I figured it was about 100 people down there," Loman said.

IMPD told 13News the man who shot the teen is cooperating with their investigation. When 13News checked arrest records at the time of this report, there were no arrests reported in the teen's shooting death.