Pendleton Corrections Officer arrested on Trafficking with an Inmate charges

State Police say they found more than 100 cell phones, sealed in plastic bags, inside the car of an off-duty Corrections Officer. 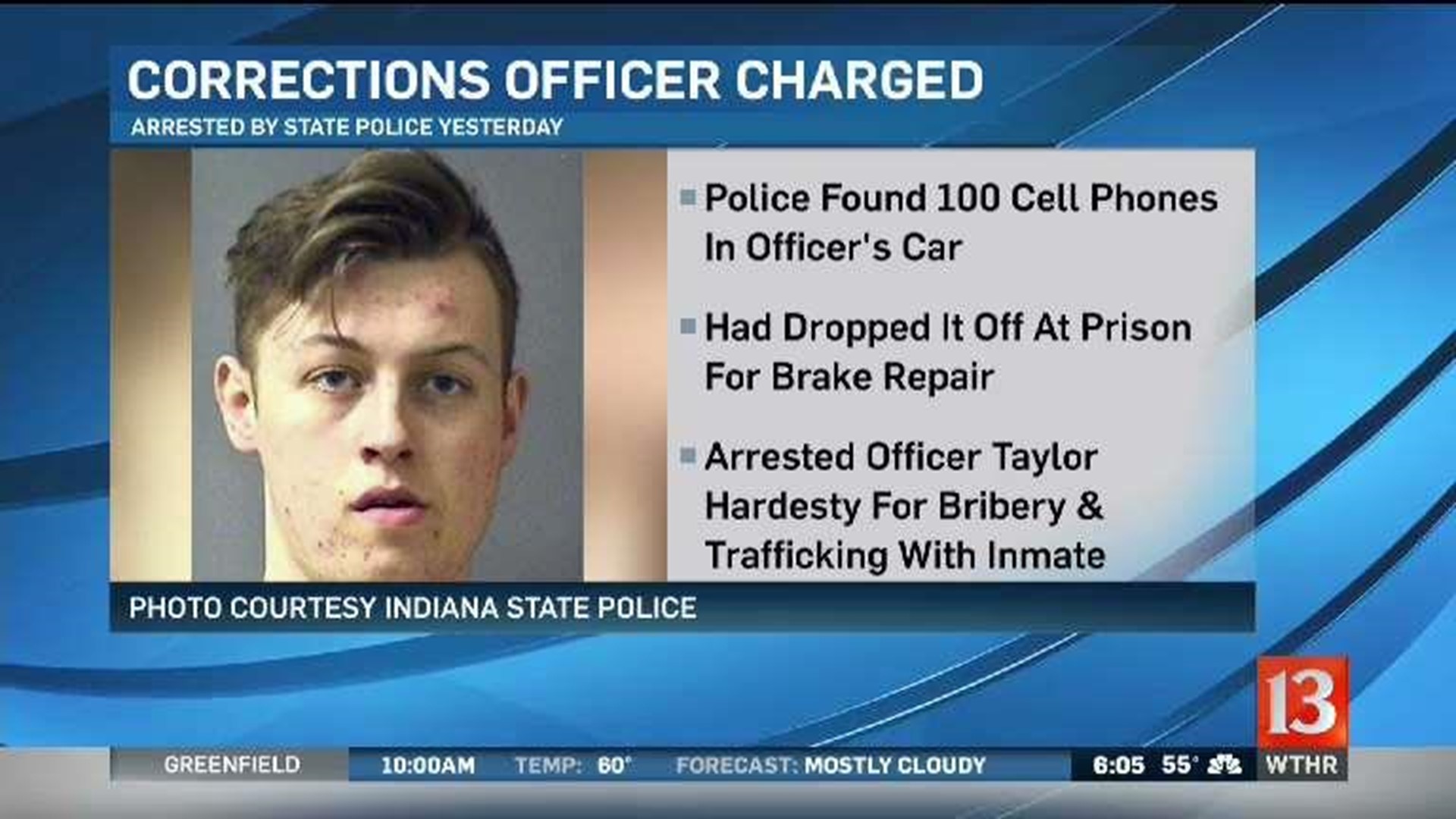 PENDLETON (WTHR) - A Correctional Officer at the Pendleton Correctional Facility has been arrested on preliminary charges of Trafficking with an Inmate and Bribery.

Indiana State Police investigators say off-duty Correctional Officer Taylor Hardesty dropped his car off at the prison to have the brakes repaired. Investigators say they found more than 100 cell phones, sealed in bags, inside the car.

After an investigation, Hardesty was found at a home on the south side of Indianapolis. He was arrested and is currently held in the Madison County Jail.