Peggy Fox was shot by a pellet gun after removing a Donald Trump campaign sign she thought was in her brother's yard. 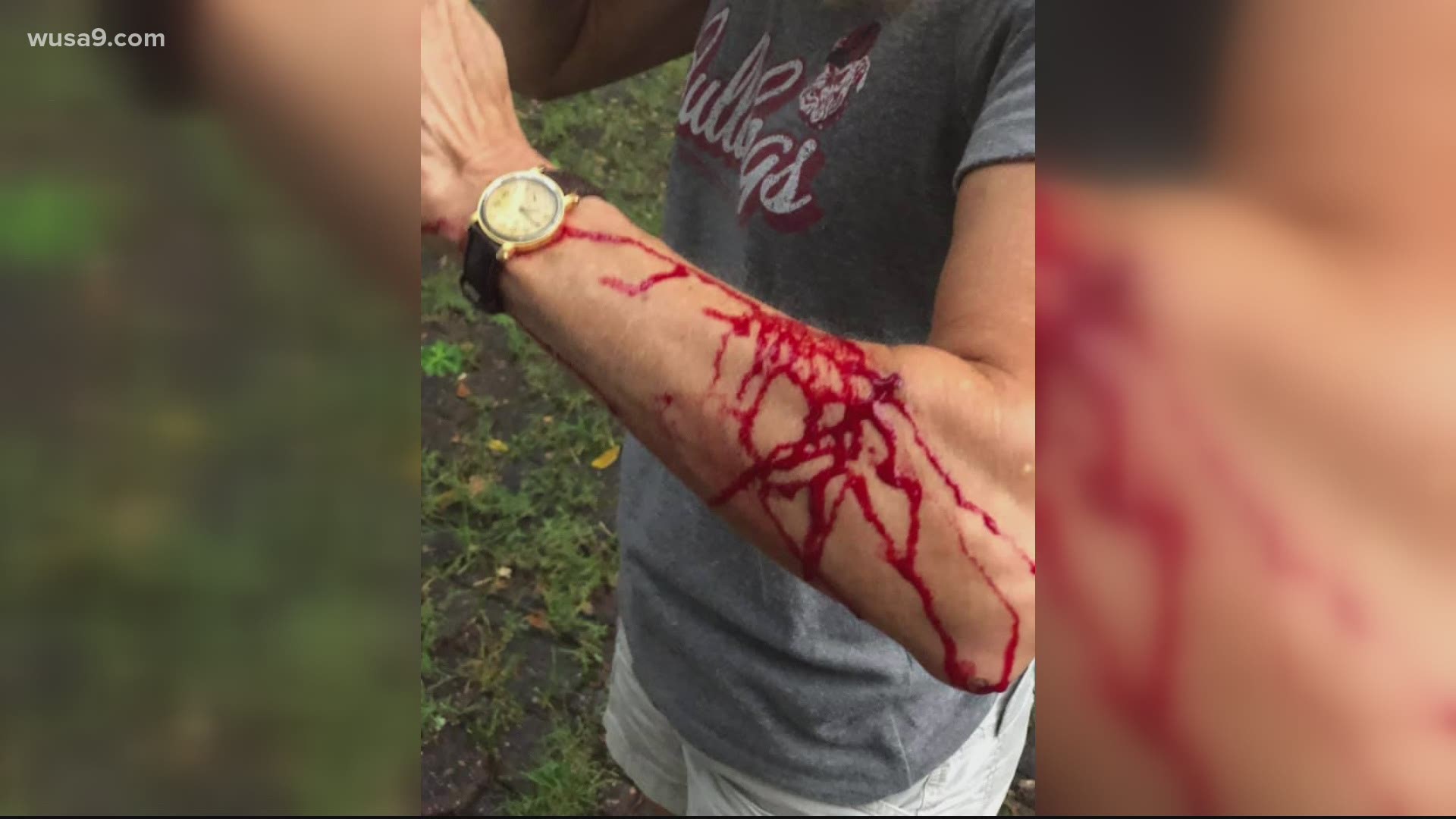 LINCOLNTON, N.C. — We are living in a country divided: red states and blue states. And all the bad blood out there just got personal for the WUSA9 family.

Former WUSA 9 reporter Peggy Fox is nursing a nasty wound after being shot with a pellet gun. She was removing a Trump campaign sign that she thought was in her brother's yard as a joke.

But there’s nothing funny about what followed.

“I went and picked the sign up,” Fox said. “As I went back walking to my brother's house, I suddenly feel this excruciating pain in my arm.”

The pain Fox felt was from being shot by a pellet gun by a man who was upset that she had removed a Donald Trump campaign sign from his yard.

Fox explained why she thought the sign was up in her brother’s yard.

“My brother is not political,” she said. “Like he would never have any political sign in his yard. And then I realized oh it is his house. So, we pulled in. And I told my daughter I said, ‘Oh my gosh it's a joke, he's just messing with us.’”

What Peggy didn't realize was that the sign was on the other man's property, and not her brother’s.

Still, she feels that with a little communication, and reason, this situation could have been avoided.

“I just hope this man learns a lesson,” Fox said. “That he thinks before acts. I think we would all be better off if we could talk first. If he had come over and talked to me, I would have apologized for taking his sign. I did not know it was his sign. I never would take anybody's sign off their property.”

Fox was not seriously injured.

According to Lincolnton, North Carolina police, the man who fired the shot is 76-year-old Worth McAlister. McAlister is now facing a misdemeanor assault charge.