Mark Leonard has died. He was the ringleader of the Richmond Hill plot, an explosion that killed two people and damaged or destroyed over 100 homes. 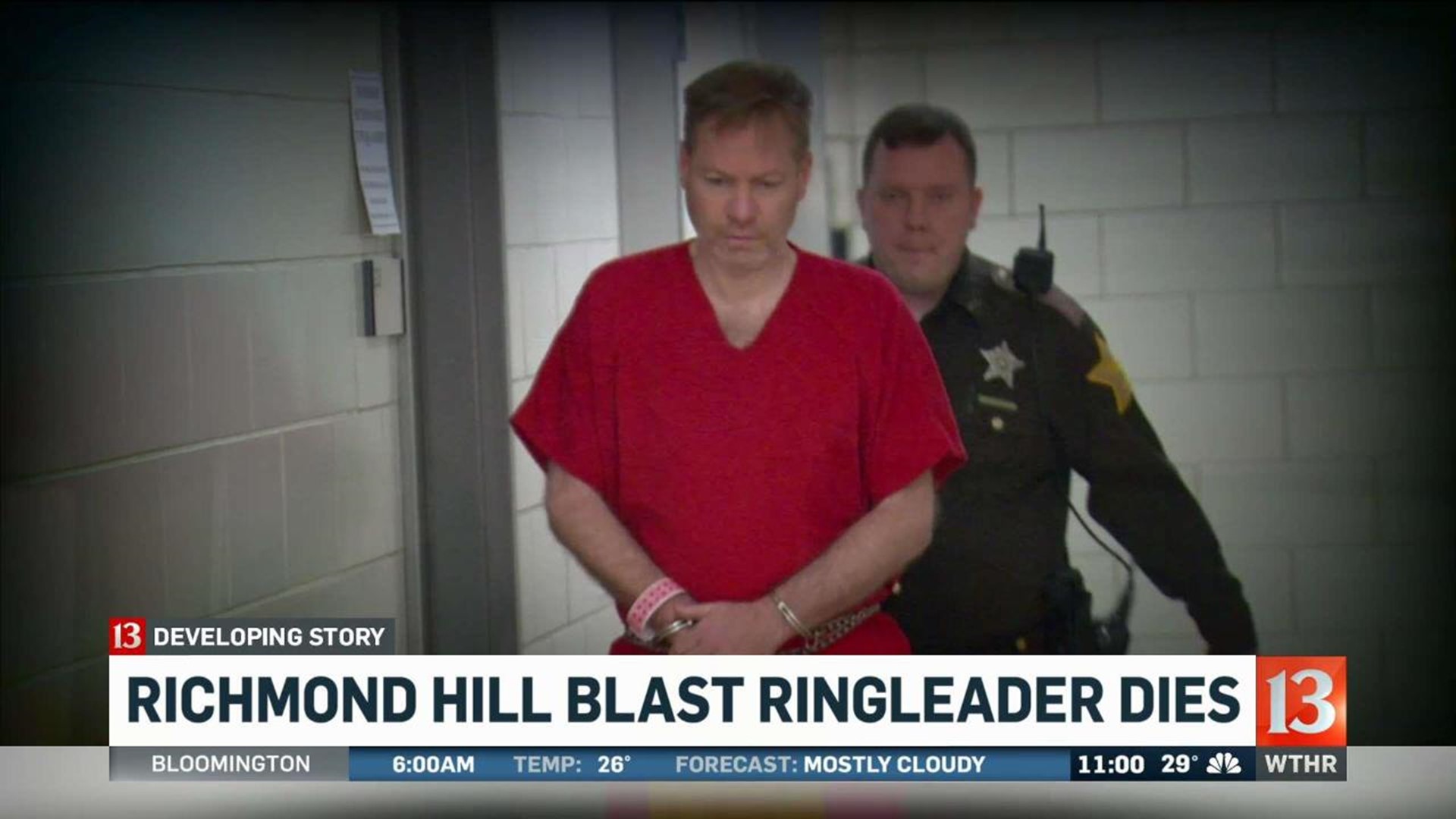 "Really, the first thing that hit was really a feeling of sadness, that 'oh my, somebody died,'" said Longworth. But he was no somebody to Longworth.

Mark Leonard was the ringleader of the Richmond Hill plot, an explosion that killed Longworth's son Dion and Dion's wife Jennifer in November 2012.

The blast also damaged or destroyed more than 100 homes.

"I did feel some compassion for him, but then, when I realized how much anguish he has caused me, there was a sense of relief that, 'ok, I won't have to think well, where is he or what's going on?'" Longworth said.

Since the deaths of his son and daughter-in-law five years ago, Longworth has had to confront feelings he had towards Leonard, a man he still doesn't know much about except for what he learned during Leonard's trial.

"I would think, 'It would be nice to beat Mark Leonard to death.' I would feel that, but it's not the way I want to be," Longworth told us, saying he never believed in vengeance.

"I never felt like it would help me. It certainly doesn't bring Dion back, which is what I would want, so if you don't get Dion back, then why just add to it," he said.

When the anger hits, Longworth said, "'I feel it and then I think about it some and tell Dion I miss him and then I go on."

Some of what Longworth has thought about has been what questions he would have asked of Leonard if given the chance.

"It would have been interesting to talk with him about how he grew up," Longworth said. "I believe what Mark was missing was love in his life and the ability to love."

Longworth describes himself as a follower of Jesus but said he doesn't concern himself with where Mark Leonard might be now.

"If he's in Heaven, that's fine. If not, that's alright too. I don't worry about things like that," he said.

Longworth said he has another focus.

"I'm calling on people, even beyond Christians, to look at what Jesus talked about and what could we do to do more of that," said Longworth.

Longworth has written a book, "Jesus Was Left Behind." In it, he talks about the experience of losing his son.

The book will be published in May.