The burglary left the residents terrified and on edge. 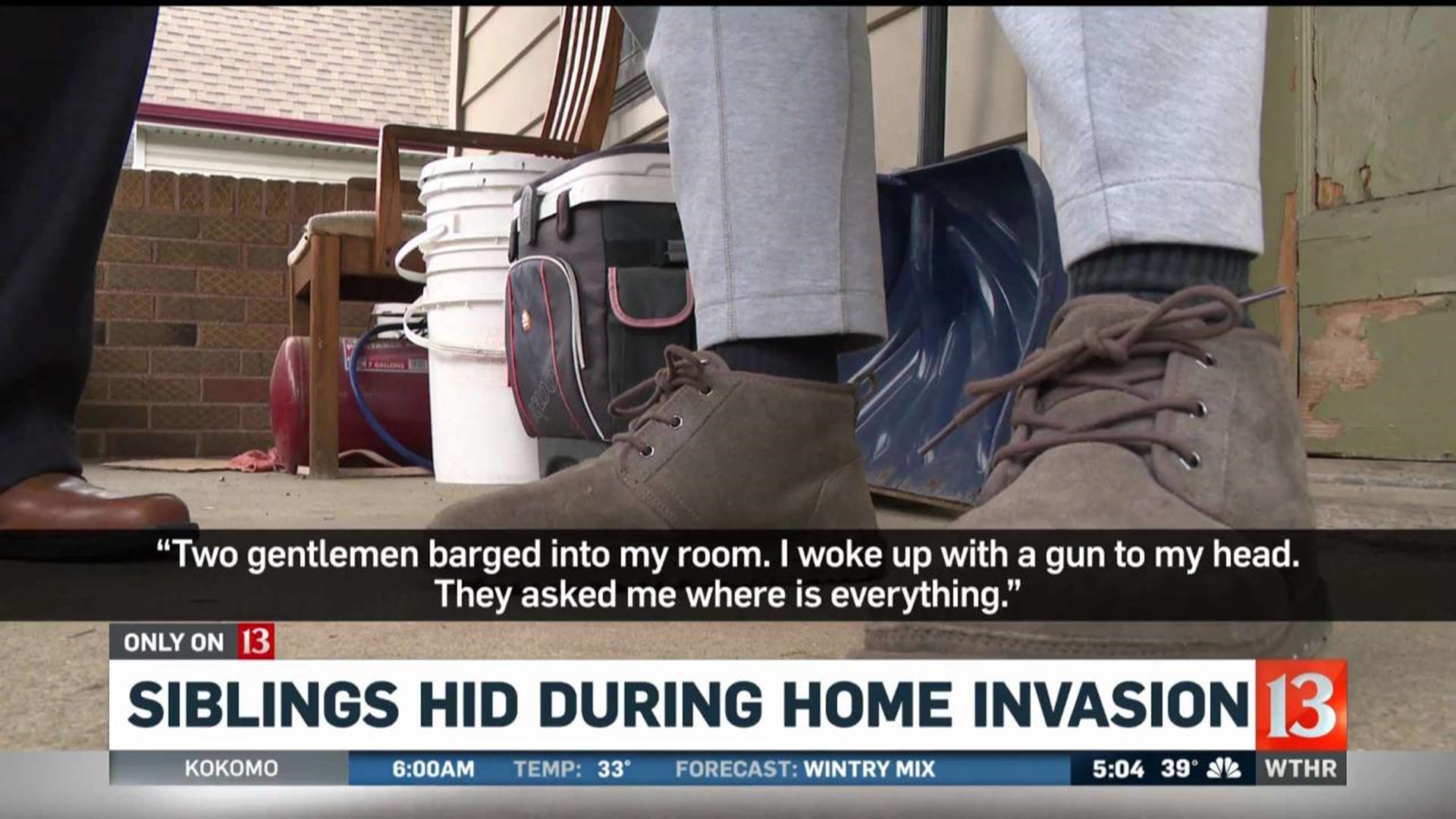 INDIANAPOLIS (WTHR) - The victim of an east side home invasion hopes police can identify and arrest the people who threatened his family.

The burglary, which happened this week along a busy street, left the residents, including children, terrified and on edge.

An older sibling in the home came face-to-face with the suspects and their weapons. He showed Eyewitness News the backyard gate where the assailants got in.

METRO POLICE NEED YOUR AFTER A HOME INVASION WHERE KIDS HID TO BE OUT OF HARMS WAY WHEN 2 GUNMEN BROKE IN! YOU MAY HAVE SEEN THEM DRIVING THE VICTIMS RECOVERED STOLEN CAR! @WTHRcom @cicrimestoppers @IMPDnews @IMPD_Chief 317-262-TIPS pic.twitter.com/GB1GOAixcH

Two men broke a window on a locked back door before storming into their home. The brother, in his early 20s, had just laid down for an after-work nap.

“Two gentlemen barged into my room. I woke up with a gun to my head. They asked me 'where is everything,'” the victim recalled.

He is understandably still shaken by the experience and asked us not to identify him. "John" said he feared most for his 12-year-old sister and 9-year-old brother. They hid in another bedroom. listening as the burglars made threats.

John remained cooperative, saying he hoped they didn't shoot him what he described as an assault-style rifle with a bright light mounted on it.

His brother and sister lost their mother about five years ago, and John said he didn’t want them to experience the loss of another loved one.

“They were quiet," John said of the children. "They only thought I was there. I automatically knew they were not going to get to my siblings."

Their father, who works long hours to provide for the family, was not home at the time. He, too, is concerned about the bold break-in and hopes IMPD detectives don't stop working their case until the suspects are caught.

The gunmen stole cash, several pairs of shoes worth thousands and dollars and a long list of electronics.

"They took two PS4s, a Series Four Apple Watch and an iPhone 8 Plus," John said.

They then loaded John's Chevrolet Malibu with even more of the family's property and made their escape. John says his car is easy to spot because of a distinctive front grille.

“There are two different grilles. The top one is chrome and the bottom one is black, so it stands out from any other car that looks like it,” said John.

While IMPD was investigating the crime scene, a Metro officer spotted the stolen car. Unfortunately, the driver eluded officers. The car was later found, empty and abandoned.

Police are checking for clues from security camera video in the area.

If you have information that could help police, call Crime Stoppers anonymously at (317) 262-TIPS.