The incident occurred outside the Brownstown Police Department. 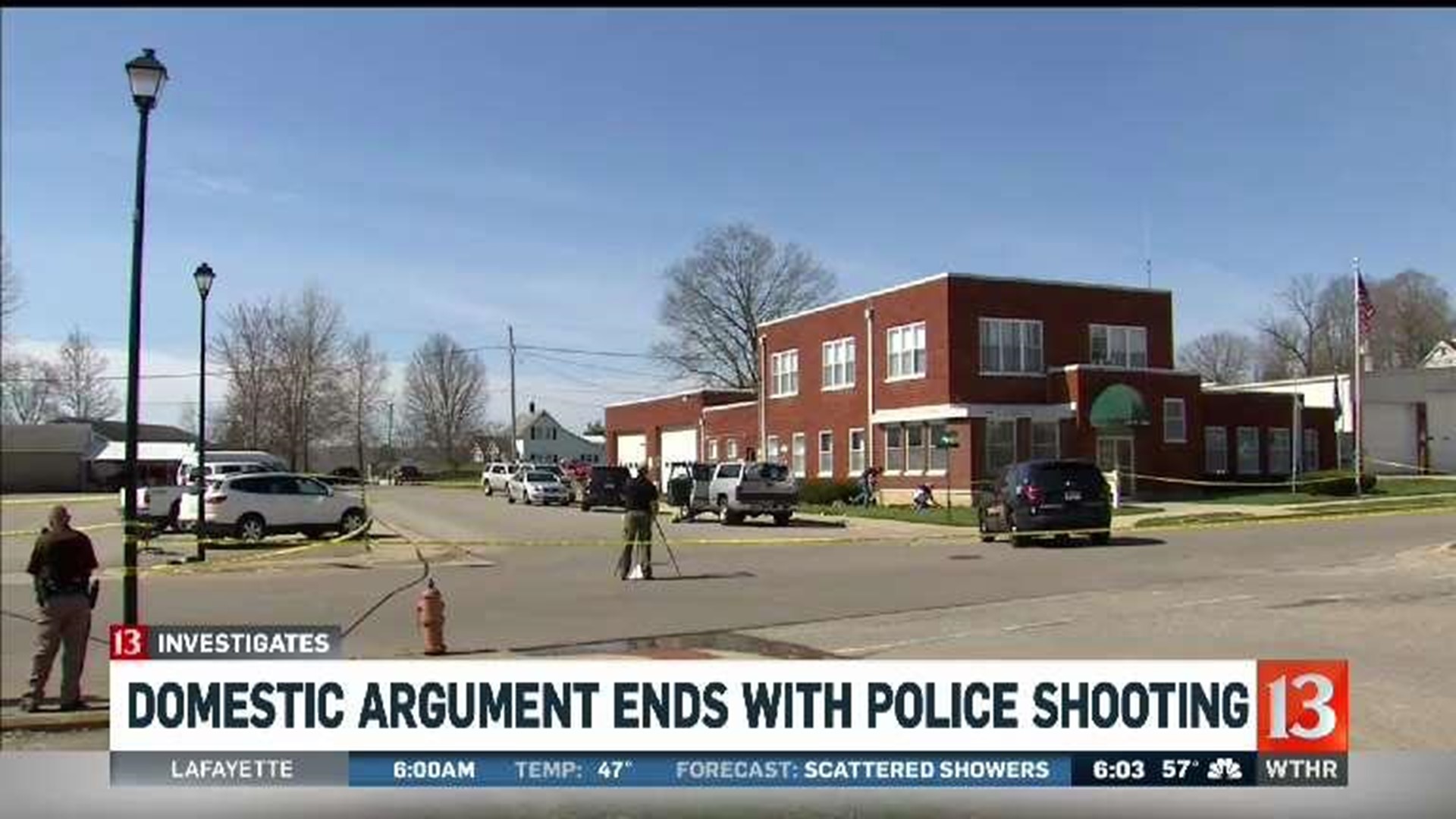 BROWNSTOWN, Ind. (WTHR) — Indiana State Police have identified the two officers involved in a deadly shooting outside of the Brownstown Police Department in Jackson County Wednesday.

The first officer involved in the shooting was Brownstown Police Chief Tom Hanner.

The second officer has been identified as Assistant Chief Joe Kelly.

Both Chief Hanner and Assistant Chief Kelly have been placed on administrative leave per department protocol.

The person killed in the shooting was Barry Rucker, 53.

Police say he and a woman were involved in a domestic incident outside of the police station.

That's when Chief Hanner and Assistant Chief Kelly intervened and tried to take the Rucker into custody.

It was during that struggle that police say Rucker pulled a small handgun.

The Brownstown chief and assistant chief then pulled their guns and shot Rucker.

He was taken to the hospital in Seymour where he was pronounced dead. An autopsy is scheduled for Friday.

The officers were not injured.

13 Investigates looked into Rucker's criminal history and found there was a pre-trial conference Tuesday morning for domestic battery by means of a deadly weapon. He was also facing a charge of intimidation in that case dating back to November.

There was another domestic battery charge from March 2018, where Rucker was sentenced to one year. Three hundred fifty-five days were suspended though and he only spent 10 days in jail.