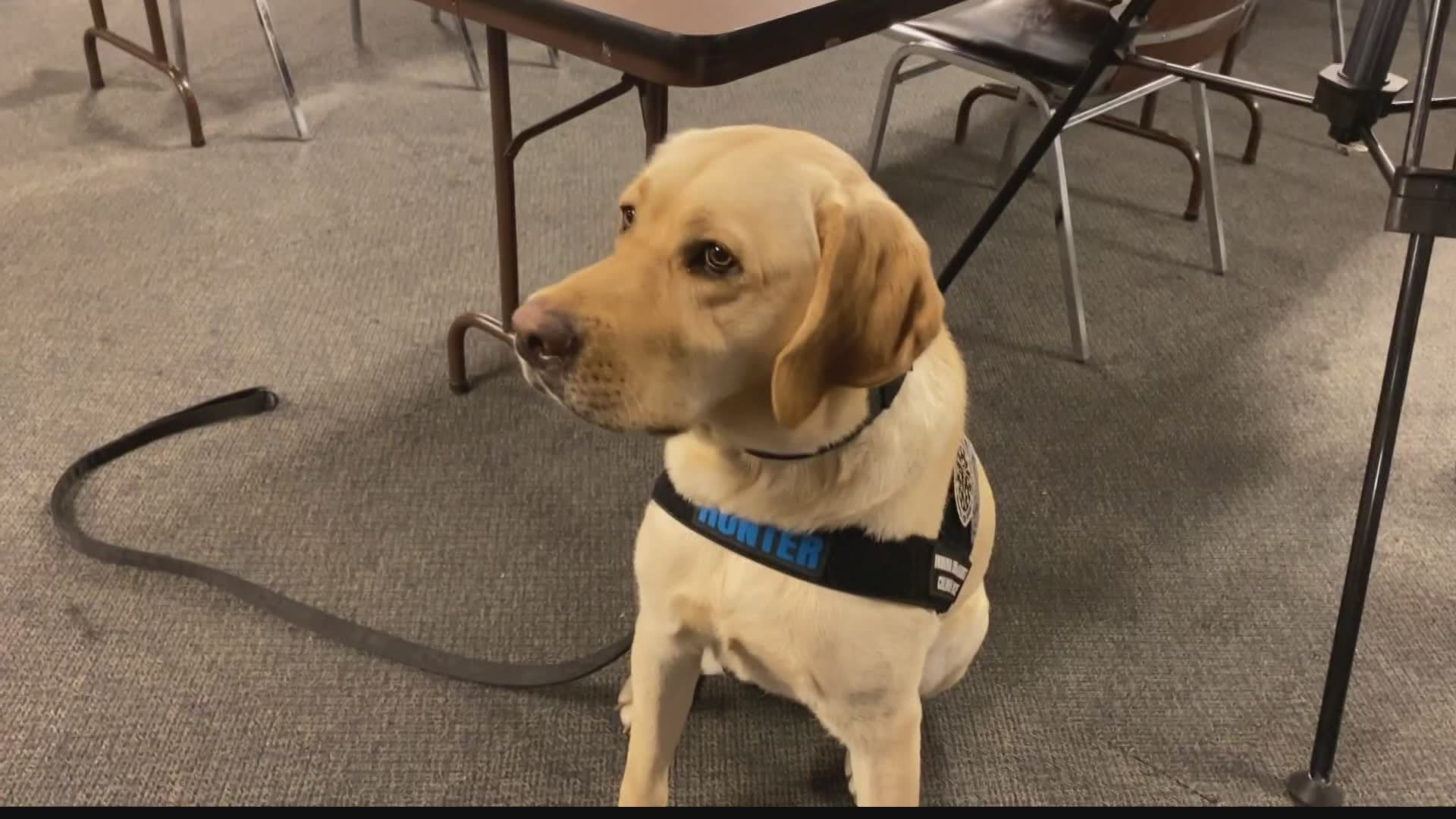 INDIANAPOLIS — Dogs are known for a keen sense of smell. They've been trained to sniff out everything from bed bugs and cancer to explosives.

More and more, they're helping police find evidence against child pornographers. That's what Hunter, the newest member of IMPD's cybercrimes unit, was hired to do.

"We work child exploitation cases," Odier said, noting Hunter "has the unique ability to assist us in locating cell phones, thumb drives, SD cards, or any digital device that might be on a search warrant in an investigation."

Those devices are often very small and easily hidden, which is where Hunter's skills are invaluable.

"Every digital device has a unique characteristic he's able to find. He's not telling us the images on the device, but the existence of it," Odier said.

That device could contain thousands of images or other key evidence.

While Hunter can be a pretty chill dog, when he's on the clock, he's highly motivated. He earns food for every device he sniffs out. During a demonstration, he quickly found SD cards hidden in cabinets, under a rug and in the refrigerator.

"He's only fed when working, so we train 3-4 times a day, and he never eats out of a bowl. Every meal comes out of my hand," Odier said.

Hunter is one of 53 electronic detection K-9s now working across the country. Odier said they have an amazing track record, from finding a cell phone thrown off a train to devices thrown in the water or frozen in a sealed freezer.

But he said Hunter doesn't instinctively seek out cell phones. He listens to commands.

"It's very much like flipping a light switch off, so when he's not working, he's just a dog," Odier said.

But he's a dog police expect will be a crucial member of the cybercrimes unit.