The first time was to take a package left at the front door of the home and then walk away as a doorbell camera got video of him. 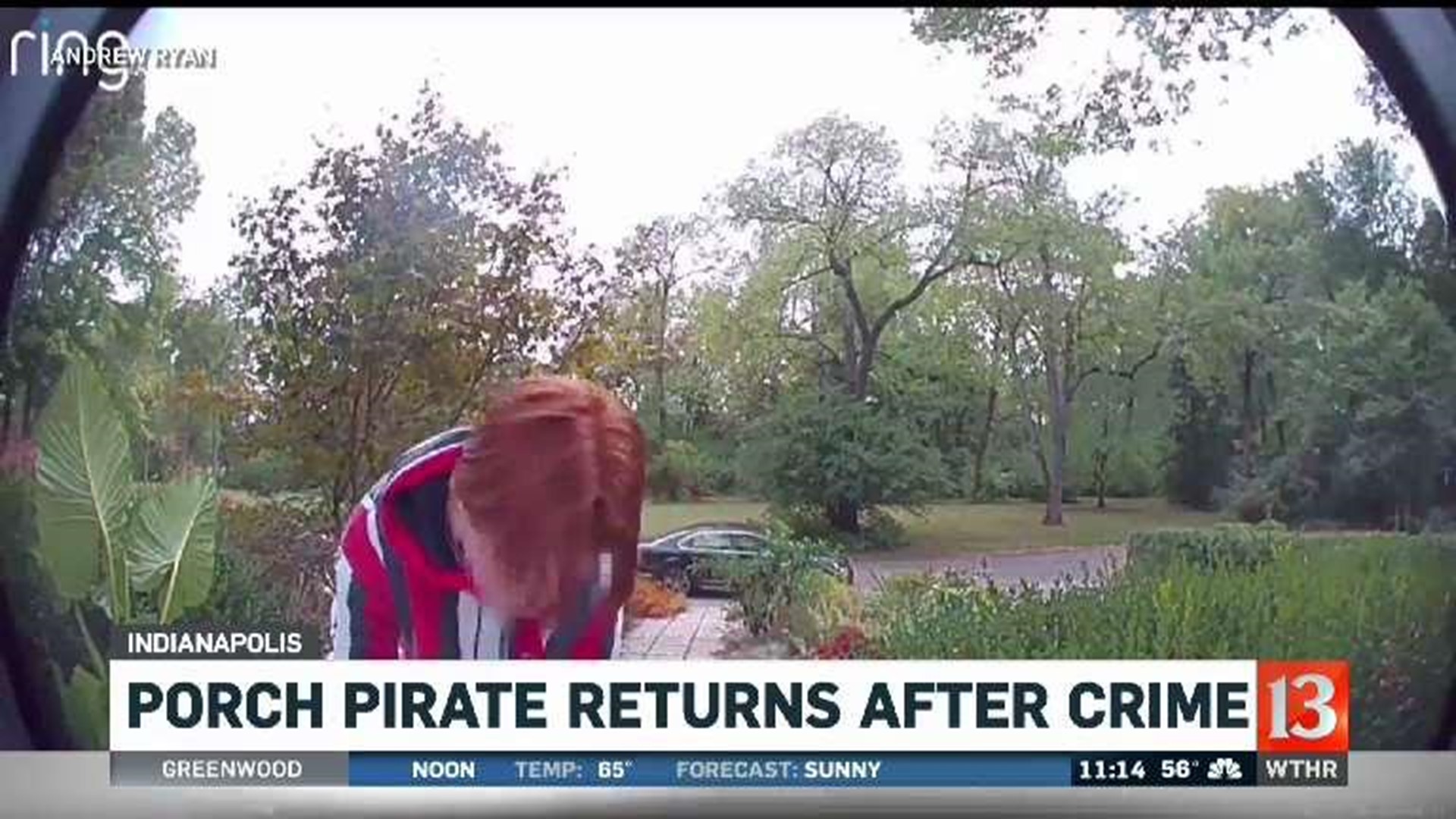 INDIANAPOLIS (WTHR) — Andrew Ryan was angry when he saw a porch pirate steal a package off his door step, surprised when the thief came back to return it, and shocked when the teen showed up at the front door a third time.

"That never happens," Ryan said, but it did.

Let's put this in rewind. Last Thursday, Ryan was "pretty mad" when he saw what his Ring doorbell captured outside his north side home Thursday afternoon.

He saw someone walking away from his front door with a package, one filled with medical supplies that are "useless to anyone besides me."

Ryan is part of a clinical trial involving nutrition. The box the thief took contained things like a blood glucose monitor, a blood test kit and packets of food.

"It's not super-interesting food, it's muffins," he said.

Ryan shared the video and the response was predictable. People were outraged. But what happened next was totally unexpected.

Ten minutes after the thief drove off with Ryan's package, he returned, retracing his steps up the sidewalk and placing the open box and its contents back on the front doorstep.

It was the first time Ryan would say, "I've never see that, ever."

Ryan was betting someone would recognize him.

"He stands out like a sore thumb that sweatshirt and hair... get you noticed," he said but adding he was just glad to have his supplies back and hoping the teen "learned a lesson."

So imagine his surprise, when he heard the Ring doorbell sound Monday evening (not long after talking to us) and saw the person who took his package standing outside.

"He said he wanted to introduce himself and was deeply sorry for taking something," Ryan said. "He said it was the first time he'd ever done that and he wouldn't do it again. He wanted to know what he could do to make it right."

Ryan told the teen he was pretty angry with him and "the best thing he could do to make it right is to never do it again," because the consequences could be much more severe.

The teen told him he took the package to help his mom with a car payment.

While Ryan wasn't sure about that, he said, "the fact that he came back and owned up to what he did says something about his character that he might be learning a valuable lesson now, but hopefully it sticks."