Neighbors scared, call for change after man killed in east side shooting

IMPD is investigating a shooting on the east side Sunday evening. 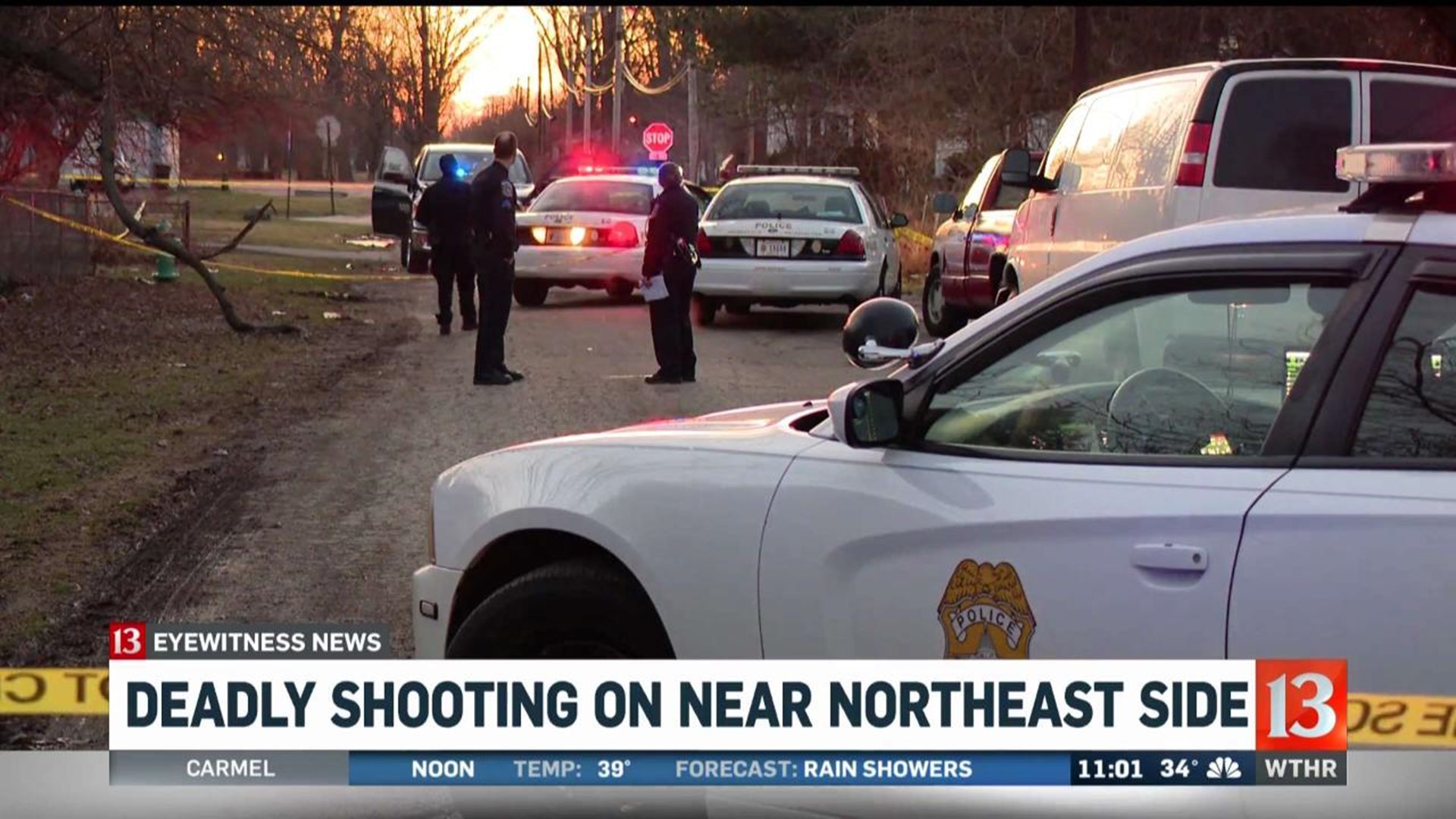 INDIANAPOLIS (WTHR) – As metro police officers swarm an east side neighborhood street to investigate yet another homicide, neighbors say they're scared, frustrated and yearning for change.

Police responded to reports of a person shot near East 36th Street and Lesley Avenue just before 6 p.m. Sunday.

When officers arrived, they located an adult male, later identified as 33-year-old Hanson Arnold, who had been shot. Shortly after, Arnold was pronounced dead.

This is the fifth shooting in central Indiana this weekend and the fourth person to die in a shooting this weekend. The Marion County Coroner's office determined Hanson died of multiple gunshot wounds.

A neighbor who has lived near 36th & Lesley Ave for 47 years says “things like this don’t happen here.”

I can see the shock & sadness on the faces of many drivers as I tell them there was a drive-by shooting here.
#wthr @WTHRcom pic.twitter.com/v1NYifZ2PU

"I was in my restroom actually and all of a sudden, I heard all this gunfire like pop pop pop pop pop pop," said neighbor Sahtone May. "It sounded like it was in my backyard, so I just dropped to the floor and creeped out."

May hasn't lived in the area for very long, but one neighbor, who goes by K.B., says he has lived there 47 years.​​

"Every parent raised everybody. Everybody knew everybody. We didn't have all this unnecessary killing," said K.B. "We all played together as children. In this day and age, things are a lot different."

Neighbors say they saw at least two men get out of a vehicle and open fire on both sides of the victim's car. Multiple bullet holes could be seen in the driver's side doors and windows. ​​

Police are sending an encouraging message to neighbors. ​​

"For our neighbors who are scared, who may be sad or scared, unsure of the future of their neighborhood, we just ask that you continue to partner with us, you continue to call when you see suspicious activity, and we will continue to work hard for you," said IMPD Sgt. Grace Sibley.​​

"You have to spend time with them (young people), you have to do good things with them, guide them in the right direction," said K.B. "It's simple. Until we do all that, well, that's what's going on with this generation. They're off the chain."

Detectives encourage anyone with information to call 317-262-TIPS. Callers can remain anonymous. ​