Nearly 3,000 pounds of marijuana seized at the Peace Bridge

U.S. Customs and Border Protection officers say the truck's manifest claimed it was carrying a shipment of cement. 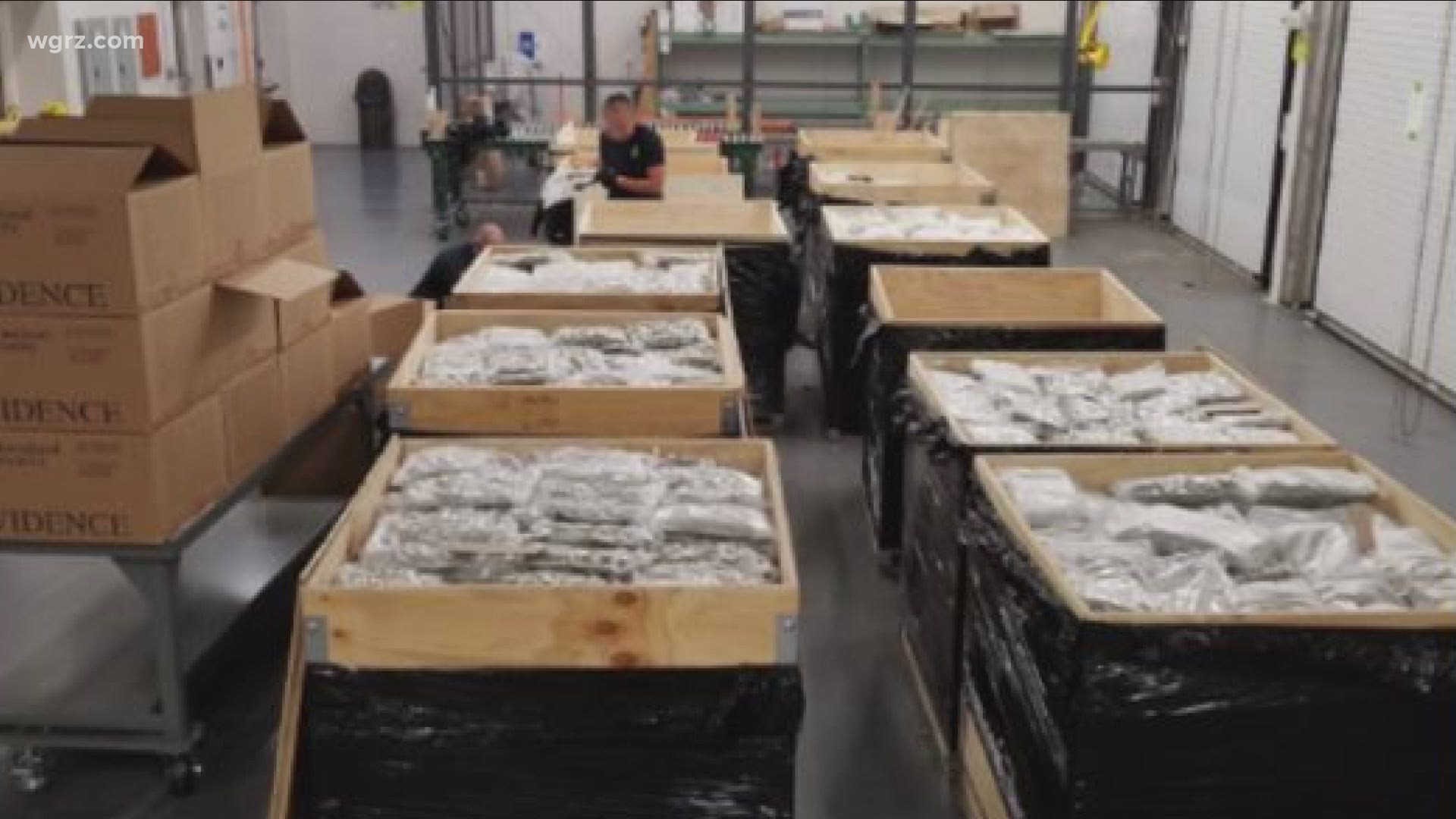 BUFFALO, N.Y. — For the second time this month, there has been a sizeable seizure of marijuana at the Peace Bridge.

U.S. Customs and Border Protection officers say the latest took place on Wednesday, when they encountered a Canadian tractor trailer driver claiming to be carrying a shipment of cement.

The truck was referred for a further inspection where 12 wooden pallet boxes were discovered in the trailer containing multiple vacuum sealed packages of marijuana.

The total weight of the marijuana was 2,959 pounds with a street value of more than $6 million. The 45-year-old driver was refused entry into the United States and returned to Canada for a further investigation.

“I am extremely proud of our CBP officers who have remained vigilant and enforcement focused during these unprecedented times. Their selfless efforts have yet again led to an impressive seizure of narcotics preventing these drugs from entering our communities.”

Since October of last year through July 23, the CBP Field Office, which covers 16 ports of entry throughout New York State, has made over 1,500 narcotics seizures totaling more than 23,500 pounds.

U.S. Customs and Border Protection officers say the truck's manifest claimed it was carrying a shipment of cement. https://t.co/cGhj2lfjWD

RELATED: Charges dropped against man in $20M seizure of drugs at Peace Bridge

RELATED: Man arrested trying to smuggle 9,000 pounds of marijuana into the US