Anthony Dibiahm is charged with murdering his 10-year-old son, Nakota, in July. The child's body has not yet been found. 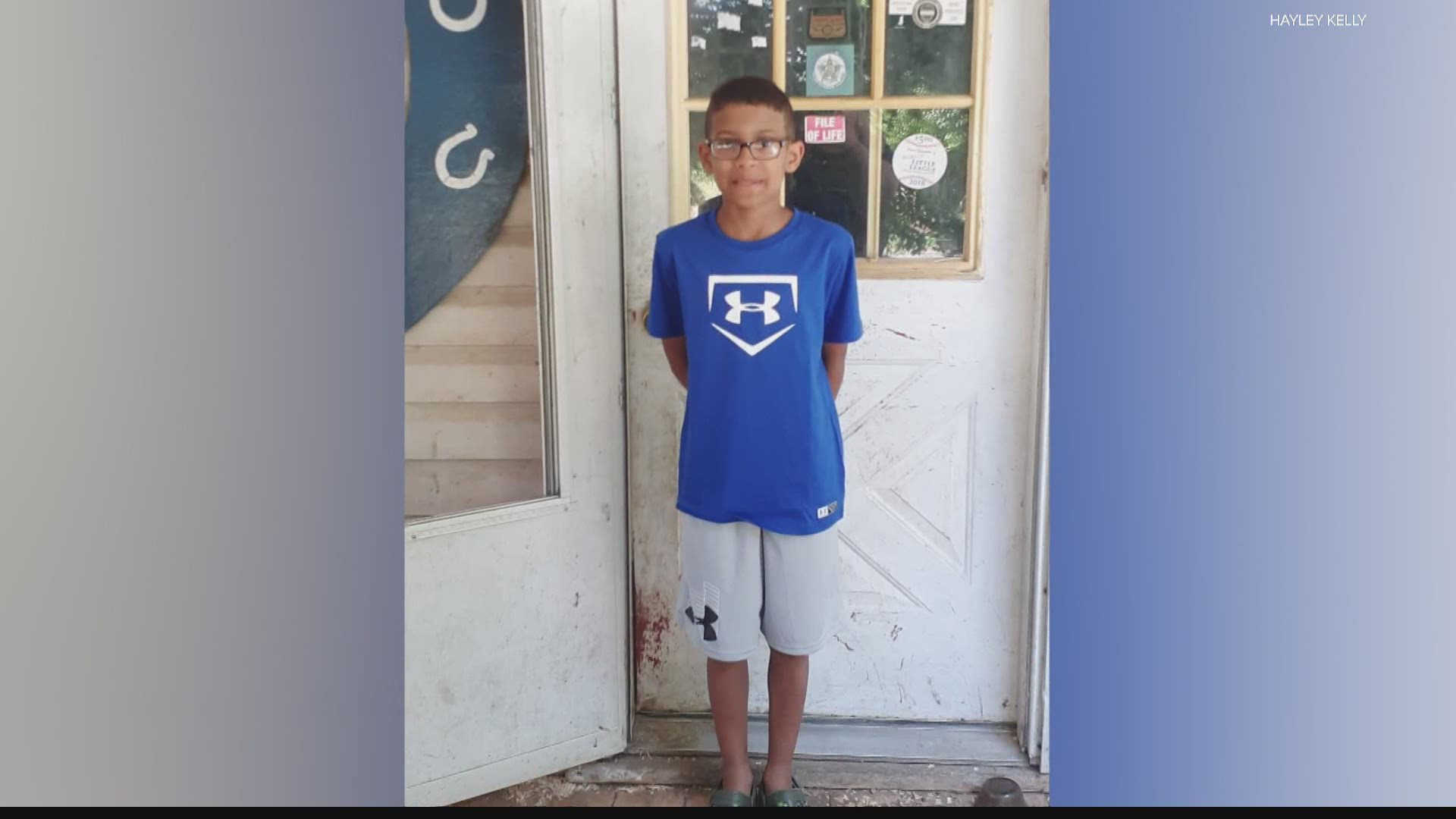 Precious memories are all this 33-year-old mother has left of her little 10-year-old boy.

“He was a good-hearted kid. He would protect anybody that was hurting,” said Hayley, who cries every day, thinking of how she couldn’t protect Nakota from the one other person who was supposed to love and care for him - his father, Anthony Dibiahm.

Dibiahm is now charged with murdering his son in July. The couple shared custody of Nakota ever since he was 6.

“Nakota, at first, was excited to go with his dad and then all of a sudden, he wasn’t excited anymore, and I knew something was wrong,” Hayley explained, saying she called Indiana Department of Children Services six times in four years to report what Dakota was telling her.

“He said, ‘My dad hit me. My dad smacks me. I don’t want to go with my dad anymore. He’s mean. He yells in my face. He doesn’t feed me enough,’” Hayley said Nakota told her.

But Hayley said DCS told her they didn’t have any evidence to support what Nakota was saying.

So the visits continued.

“I spent most of my days crying when he wasn’t with me,” Hayley recalled.

This past July, Hayley said Nakota told her again, he didn’t want to see his dad.

She says she again reported Nakota’s fears to DCS but got nowhere.

“The day he left, he said, 'Mom, I still love my dad, and I still want to see him. I just want to be safe.’  And I told him I was doing the best I could to ensure that I could keep him safe, and I couldn’t,” Hayley said crying.

A few days later, Hayley got a text from Dibiahm that changed her life.

“I got a text at 2 o'clock saying that, ‘Sometimes I hear voices. My son is in heaven,’” Hayley said, tearing up.

According to court documents, police found blood throughout Dibiahm's apartment but no sign of Nakota. Investigators say Dibiahm told a relative he suffocated his son. He was arrested a few days later in Missouri.

Police say Dibiahm’s cell phone pinged twice around a wooded area near West Vermont Avenue. That’s where they’ve searched for Nakota’s remains but didn’t find anything. They’re continuing, though, hoping to bring him home to his mom.

“It’s a brick laying on my chest, knowing that I can’t have my son to put him at ease,” said Hayley, sobbing.

Even worse for this mother, feeling like Nakota’s death could have been prevented if someone had just listened to her little boy.

“They had the power and responsibility to keep children safe, and they didn’t do that with my son,” said Hayley.

A spokesperson for DCS told 13News, “We cannot confirm or deny DCS involvement with a family.”