Police say they've had more than a half dozen calls since the story first came out from other alleged victims. 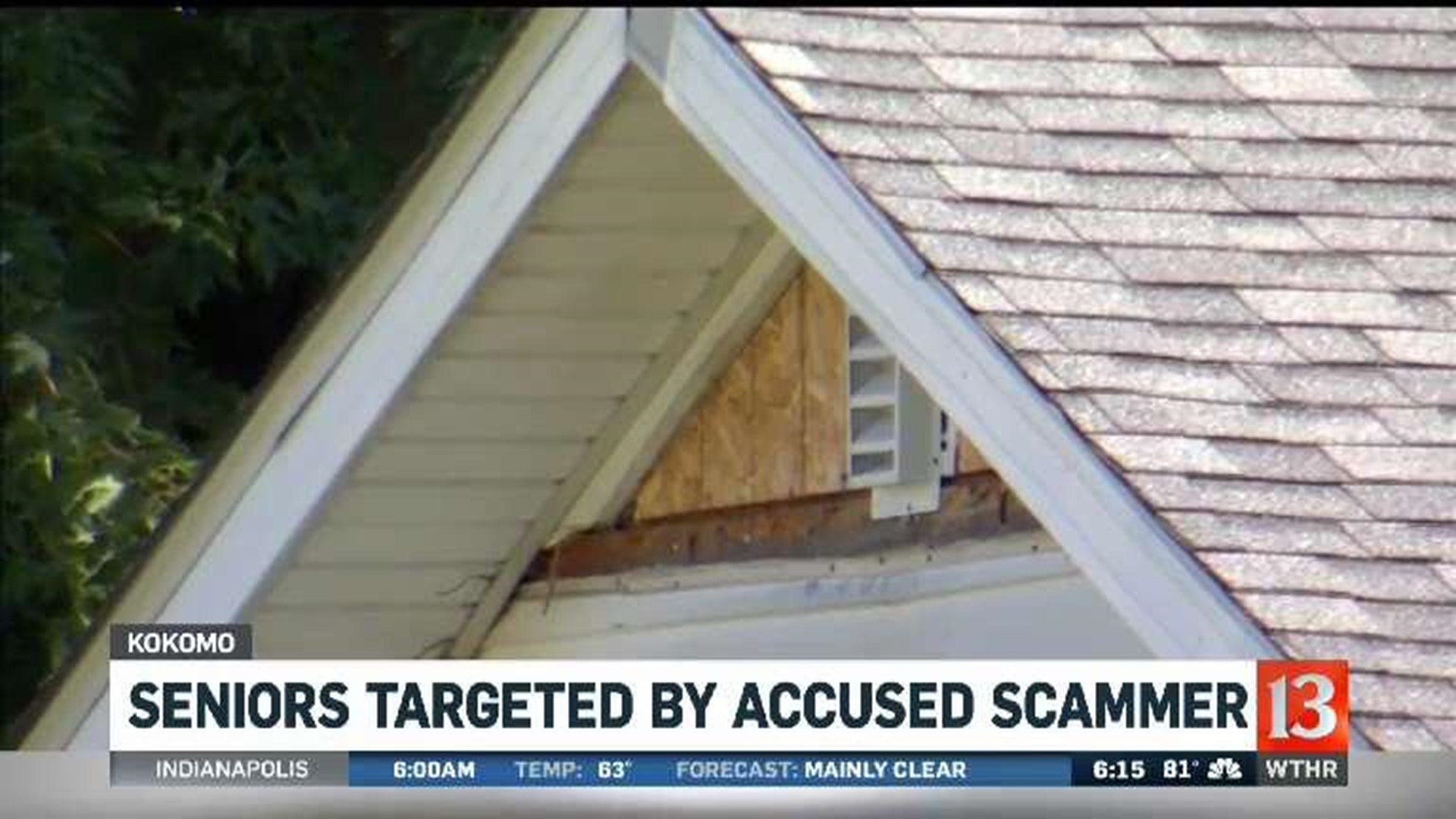 KOKOMO, Ind. (WTHR) — A Kokomo handyman accused of scamming several senior homeowners out of thousands of dollars could soon face more charges. That is because more homeowners are coming forward saying they too paid for work never finished.

Dennis Sanders is in the Howard County jail charged with felony home improvement fraud and theft. It stems from the work his company, Ace Handyman and Construction, was hired to do on Kokomo homes.

Detective Mike Banush with Kokomo Police said the 76-year-old homeowner, who has lung cancer, paid Sanders more than $48,000 to remove a tree, replace siding, and re-wire and insulate the attic. But Sanders never finished the work,

Banush said the last time the 76-year-old victim saw Sanders is when Sanders stopped by his house and asked him to go for a ride.

Sanders allegedly told the man Sander's wife had cancer, was using an experimental medication, the price had doubled and he couldn't afford it. So, the man pulled out his checkbook and wrote a check for nearly $4,000.

Banush said he talked to Sander's wife and she does not have cancer.

"It was never him doing the work," Banush said. "He was bringing people over to do the work, dropping them off and picking them up and he wouldn't come back."

"Since the story came out, I've had five-to-six more calls today from other victims, and it's the same thing," Banush said.

He's also had two calls from people in Cass and Miami counties. All of the alleged victims have been seniors.

"I've not talked to anyone under 70, so I'm not sure if he's pursuing those people, but it appears he is," Banush said.

While he expects Sanders will face more charges, Banush said he doesn't expect any other people to be charged.

He said Sanders faced similar charges a few years ago.

If you're considering hiring any contractor, check with the Better Business Bureau, ask for references and don't pay in full until the work is completed.