Monserrate Shirley sentencing: 'She is the worst of the bunch'

Sentencing is underway for the woman who killed two neighbors when her south side home exploded four years ago. 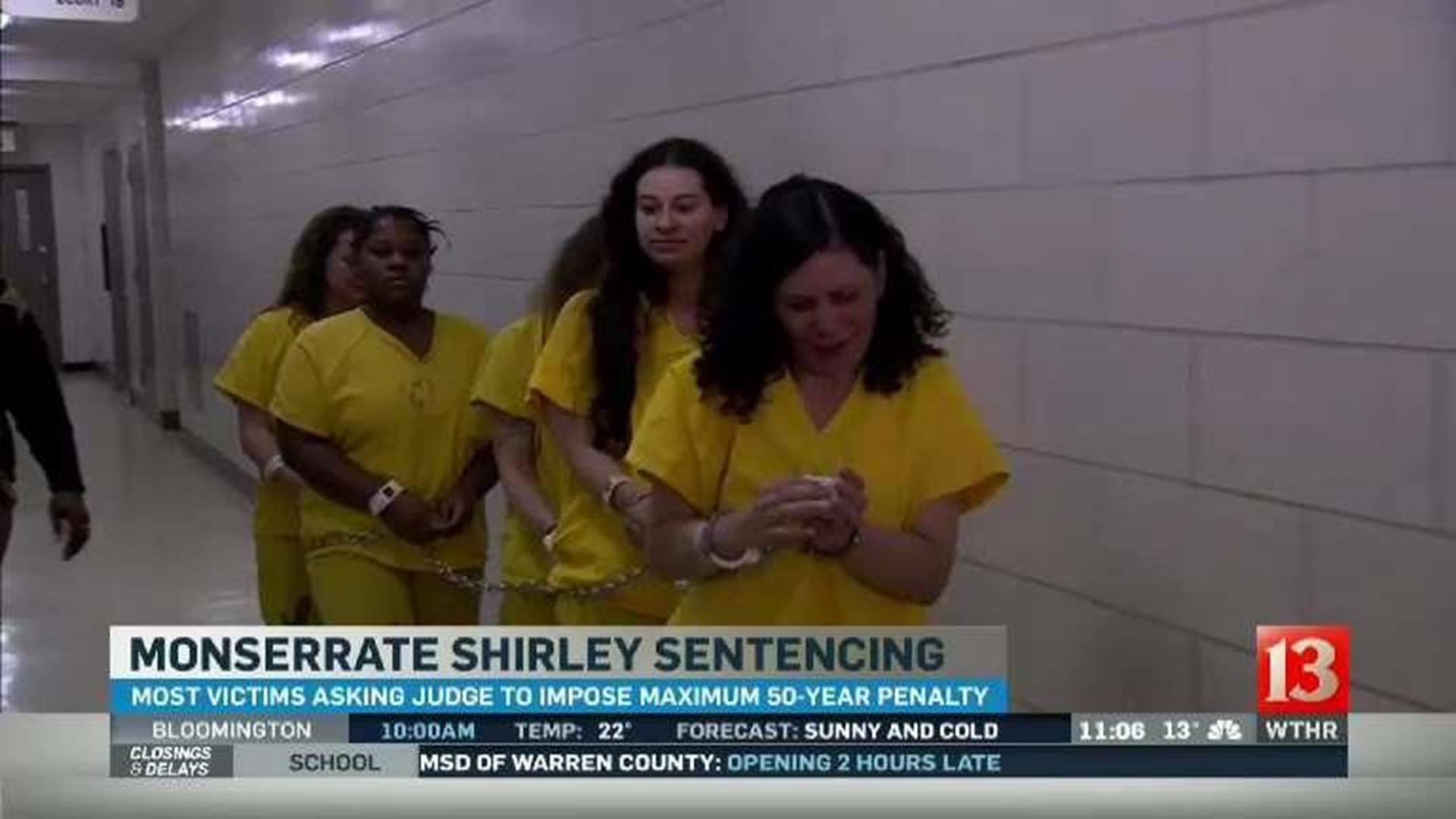 INDIANAPOLIS (WTHR) - Sentencing is underway for the woman who killed two neighbors when her south side home exploded four years ago.

Monserrate Shirley entered a guilty plea in the case that started as an insurance scam in Richmond Hill in 2012. It ended in the deaths of Dion and Jennifer Longworth.

The courtroom was crowded Monday as the proceedings began, as those who were hurt or lost their homes, plus the parents of Dion and Jennifer Longworth wait to learn Shirley's fate.

He told reporters afterward that he tried to lock eyes with Shirley as he left the stand.

Jennifer Longworth's father also testified, saying he wanted the death penalty. He asked the judge for the maximum 50 year sentence.

"Actually I think she is the worst of the bunch because she-- she supplied the house. She turned it over to them. And they turned into a bomb and she went along with all of it," Don Buxton, Jennifer's father, said.

Shirley admitted helping her boyfriend at the time, Mark Leonard, and his half-brother Bob Leonard destroy her home to collect a $300,000 insurance policy. The fiery explosion destroyed or damaged 100 homes, devastating the Richmond Hill neighborhood.

Many victims found it reprehensible that their neighbor didn't back out or call police, and that Shirley at first denied any wrongdoing. Several victims testified about how the ordeal changed their lives, including fear, stress and even divorce in some cases.

Shirley testified against her accomplices in exchange for a reduced prison sentence. Both Mark Leonard, who she was dating at the time, and Bob Leonard, Mark's half-brother, were given two life sentences without the possibility of parole.

Shirley was originally charged with 50 counts of murder, arson and conspiracy, which could have earned her the same sentence if convicted. After pleading to two counts of conspiracy to commit arson, she faces 20-50 years in prison, but the judge could suspend any or all of that so she would be left on probation.

John Longworth, Dion's dad, told the judge he would be happy with whatever she decides.

Olvey and others in the courtroom Monday told WTHR they want to see the judge give Shirley the maximum sentence.

Judge Carlisle is expected to pronounce sentence before the end of the day.