Keondre Davidson, an alumnus of the center's Tarkington Teen Work Crew, was shot and killed on Salem Street Wednesday while celebrating his 19th birthday. 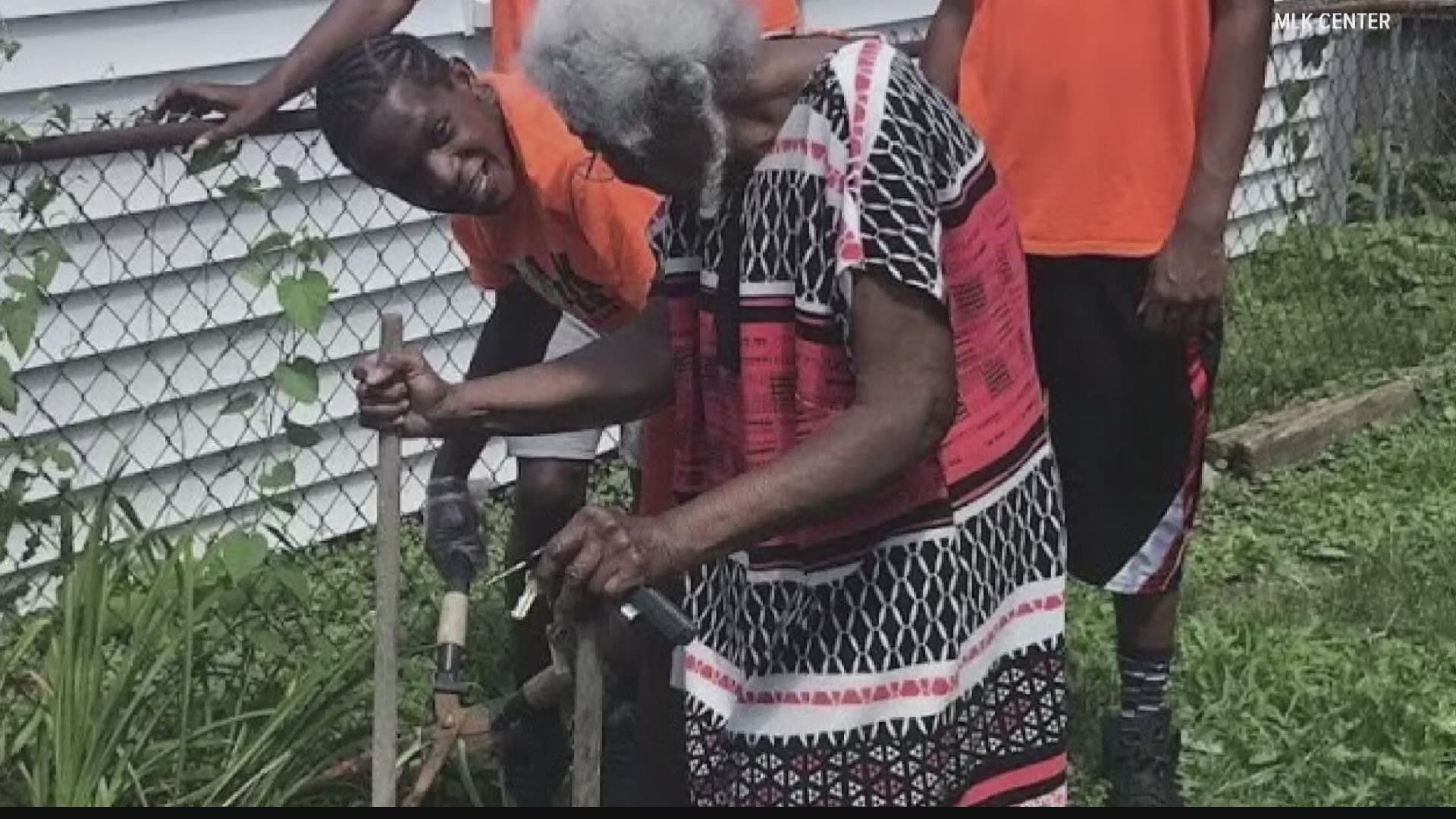 INDIANAPOLIS — Keondre Davidson was celebrating his 19th birthday surrounded by family and friends when he was shot Wednesday night on Salem Street.

The MLK Center posted a photo of the Tarkington Teen Work Crew alum on their Instagram page with the caption, “We are heartbroken again. Keondre was killed tonight on Salem Street… He has two young children and one on the way. Today was his birthday. Please stay tuned for ways to support his sisters and children."

The MLK Center said Davidson's siblings are all teenagers and were also part of the work crew. They said his youngest sibling went through the afterschool program at the MLK Center.

“He was a very humble person,” said the MLK Center’s community builder, Charity Malone. “He was about family. He took care of his family. I was talking to him recently and he was talking about his daughters and providing for them and working and the choices he should make."

Malone didn’t work with Davidson directly when he was in the Tarkington Teen Work Crew in 2018, but said she “got to know him in the fall, once I started doing outreach.”

She said she sees a lot of people “hanging out” when she’s doing outreach.

“When I’d see Dre, because that’s what I called him, he always had a destination. He was coming out of the store getting things to bring to his family,” said Malone. “We’d chop it up and then he’d go. He was never hanging out.

“The last time I seen Dre was just a couple weeks ago. He was bringing a gas can to his friend that ran out of gas,” said Malone.

She said that type of love for one another and for the “beloved community” is something that can help turn the tide on this senseless violence that rips holes into communities, hearts, and families.

“Gun violence and issues in our neighborhood are a community issue. It’s going to take everybody to get involved to actually change anything from a house-by-house level to a community and policy level,” said MLK Center Executive Director Allison Luthe.

The MLK Center told 13News Davidson was a young man who loved his family, took care of his responsibilities and gave back to the community. He seemed to be doing everything right, but he was still a victim of the gun violence in Indianapolis.

So what do we do as a community?

“We talk about, we practice, we talk about it heavily in our non-violence training, we share with all our staff here so that they know beloved community is the goal,” said Malone.

She said it’s about taking pride in one's community, helping others and living the type of life you want to see others live in your community and in our city.

“We are all part of this, we are all connected, this doesn’t just affect his family. It affects us all in some form or some way,” said Malone.

She said that when Davidson was getting gas for his friend, that was an example of what “beloved community” is all about.

“At times it can feel like you're removed from the violence, because it may not come into your household, it may not affect your children directly, but with all of us being a part of this neighborhood, it connects to all of us,” said Douglas Morris, coordinator at the MLK Center.

Sadly, for the MLK Center, the word again in their Instagram post makes it clear Keondre Davidson wasn’t the first life lost to gun violence within the center's family. But it is another reason to continue to fight for a better tomorrow for others in the community and those he loved the most.

The MLK Center said it has set up a fund for anyone who would like to contribute to expenses for his children and for his family.