A vigilant homeowner helped police catch up with a man who was on at least a 5-day suspected crime spree of breaking into homes. 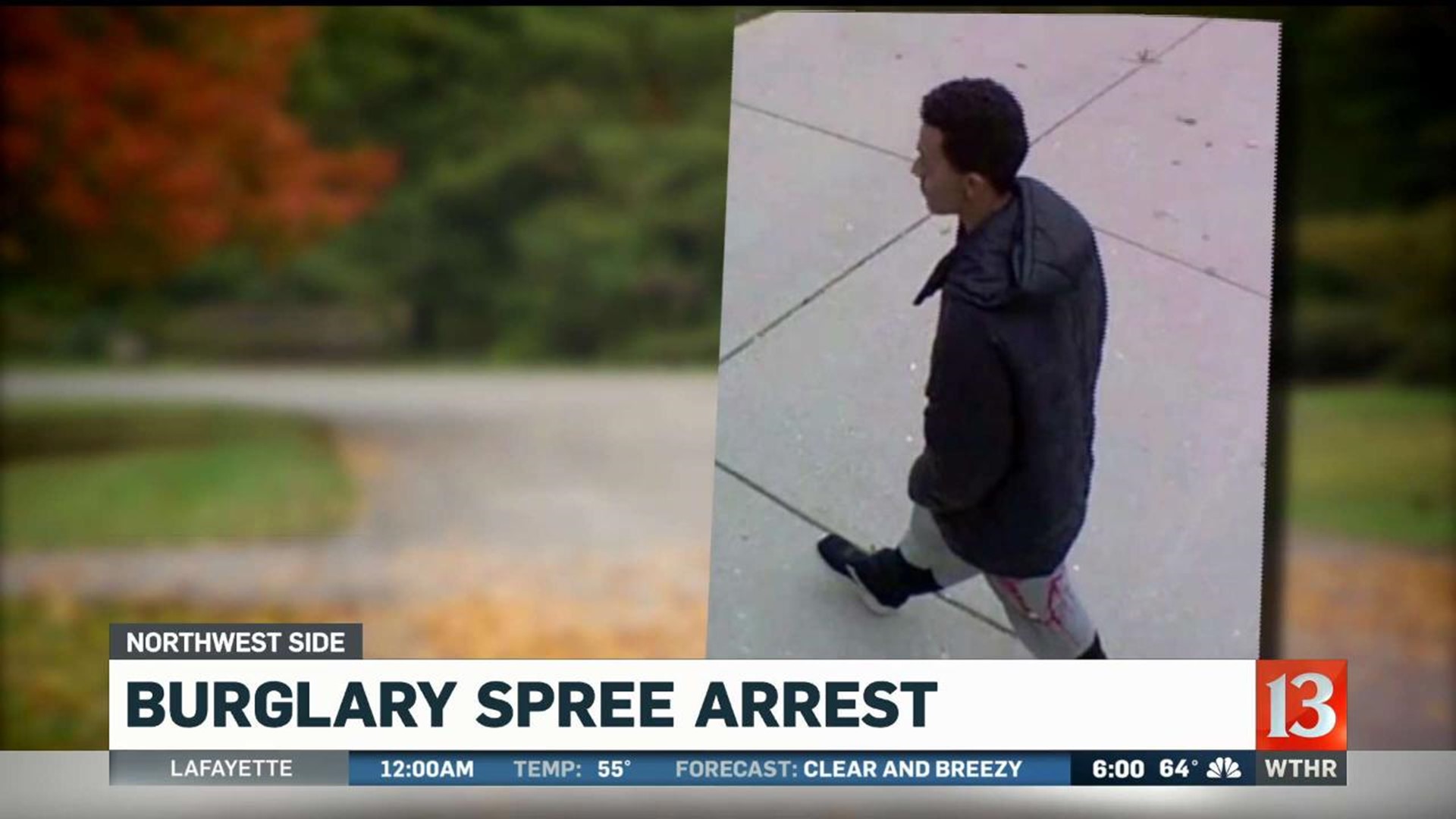 INDIANAPOLIS (WTHR) – A vigilant homeowner helped police catch up with a man who was on at least a 5-day suspected crime spree of breaking into homes.

The same man is caught on camera in different northwest Indianapolis neighborhoods. He used the same method of operation, according to victims, to case homes where the victims were away from the house.

Fortunately thanks to one neighbor, metro police caught the suspect red handed in the 6500 block of Blossom Lane South.

The suspect had asked the neighbor about doing yard work. She suggested he leave the neighborhood but he didn’t and started going to other homes.

She called 911 and now some of his other victims are urging everyone to do the same thing.

Steve Sanders and his family moved into their northwest Indy home about four years ago.

They have never had any serious property crime happen in their fairly new subdivision. But after a recent burglary, Sanders has a message for everyone about staying safe.

“When we see something we have to react, we have to call the police,” said Sanders.

They closed the window after having it open thanks to nice weather.

However, he and his wife both took it for granted that the other person locked the window. That made them the perfect target for a man on the prowl for easy opportunities.

“The window was opened from the outside and the screen was torn out and the person that entered our house entered through that window,” said Sanders.

In the last week, the same man popped up on several home security cameras in different northwest Indy neighborhoods.

Steve's neighbors posted video of a man on their street on the app "Next Door."

A home doorbell camera in the North Meadows Subdivision recorded the same man after a break-in last Wednesday. Then just before 2 p.m. Sunday in the 6500 block of Blossom Lane South, a homeowner reported a burglary to 911.

Sanders urges people to call 911 at the sight of suspicious people, especially since one of his own neighbors saw Harris outside but didn't say anything.

"Now he is wishing he would have said something a little earlier,” said Sanders. “Now he feels bad about it."

Wayne Harris' mother blames his crime spree on his drug addiction and hopes he gets the help he needs. She has not seen Harris since Sept. 27 after reporting him to IMPD for allegedly stealing a 50 inch television from the house in their upscale neighborhood.

She told Eyewitness News that she believes her son has a heroin addiction despite having a great upbringing.

“Drug addictions can happen to anyone no matter where you live, even in a nice neighborhood like ours,” said Harris. "A friend of mine has a neighbor who was making $300 thousand dollars a year and lost everything because of his heroin addiction."

Police tell us the burglary crime spree burglary investigation is far from over because they are still talking to more victims.

Harris is in the Marion County Jail with pending felony charges listed as Burglary and Theft. Harris is waiting to learn a court date for his initial hearing on the charges.

In the meantime, Sanders and his wife are upgrading their home security system, just like the family where police arrested burglary suspect Wayne Harris after catching him in the act.

The city has an online tool that you can use to see what crimes are happening near you.