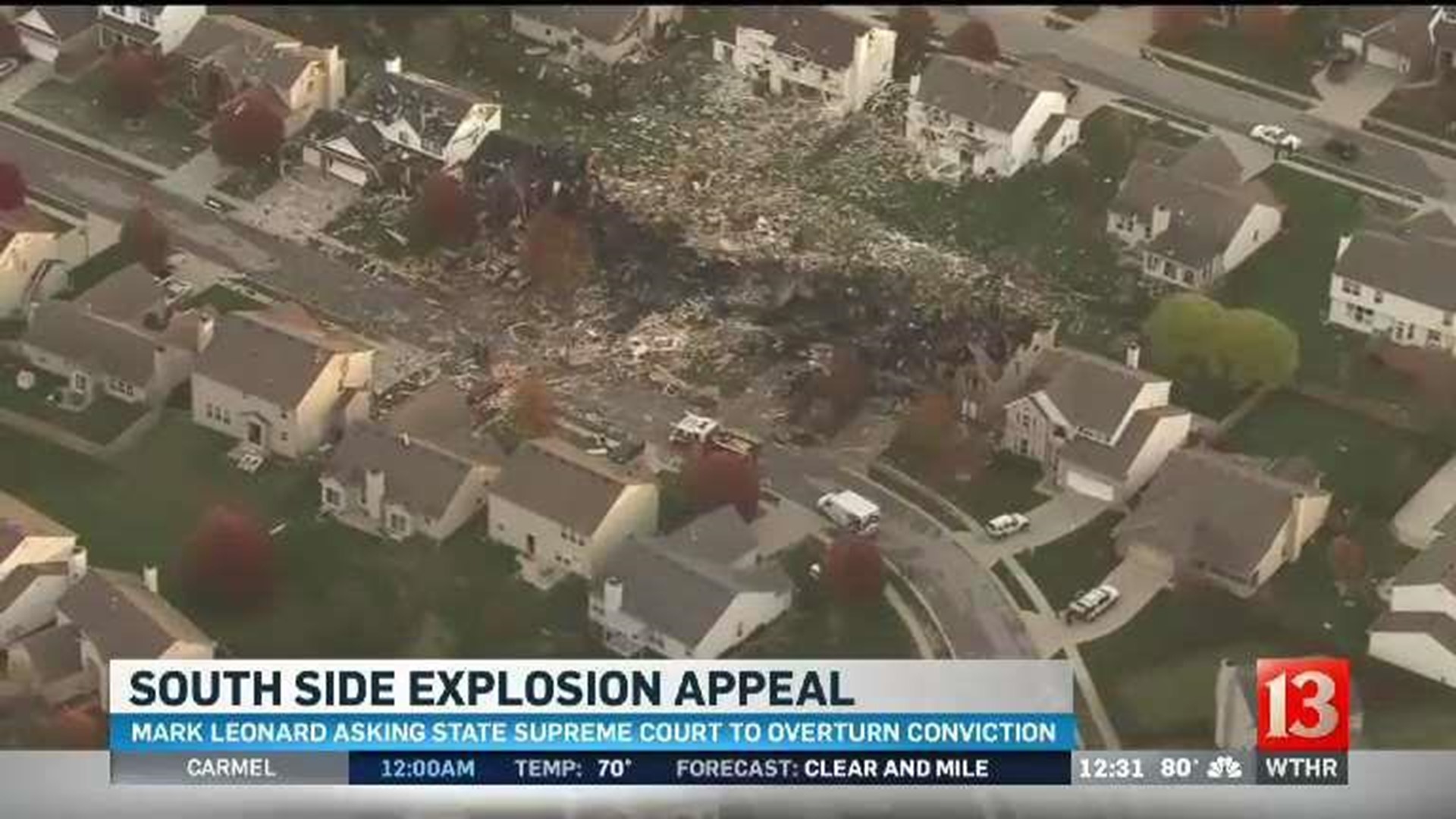 INDIANAPOLIS (WTHR) - The man convicted of one of the state's most notorious crimes wants Indiana's Supreme Court to overturn his conviction and prison sentence.

"Justice was not done," she told them.

"The defendant blew up a 3,000-square foot house," he explained.

The justices had already read the attorneys' thick legal briefs, detailing the opposing arguments. They frequently interrupted the attorney's presentations, asking for clarifications and explanations, then challenging the answers.

John Longworth was among the small crowd of spectators. He listened to every word.

"The first thing I thought is this a waste of taxpayer money to be having such a hearing." he said.

Longworth sat through every day of Leonard's trial and many of the hearings leading up to it. His son Dion and daughter-in-law Jennifer were killed in the horrific Richmond Hill explosion. Last year, Mark Leonard, the ringleader of the plot to collect insurance money, was convicted of arson, conspiracy and sentenced to two terms of life without parole.

"To say he is not guilty of knowing murder is upsetting to me," Longworth said.

Leonard's attorneys argue the state didn't prove he knew the explosion would kill someone and that the jury should not have heard his recorded attempt to hire a hit man to kill a witness.

"I'm not going to go as far as to call Mr. Leonard's statement a confession. It's tantamount to a confession," Bailey told justices.

Leonard, now 47, was under arrest, in jail and awaiting trial when he placed a call to an ATF agent posing as a hitman. The conversation occurred without Leonard's attorney and therefore Bailey claimed it unusable, because Leonard was denied his constitutional right to counsel.

"The defendant did all the talking," he explained in court. "There was no interrogation. There was no going around counsel."

Justice Mark Massa questioned whether that means authorities should have done nothing and not investigated the murder conspiracy.

Massa asked her, "But it has no right to present that evidence then?"

"In this case," said Bailey. "While I am not going as far as to call Mr. Leonard's statements a confession, they are tantamount to a confession to show knowledge of guilt."

Longworth left the hearing concerned by the legal issues, but reassured by the judge's questions.

"I was impressed, they had all the questions," he said. "They paid attention and wanted great detail. I believe they probably will hold it up."

Leonard's attorneys also argue that his sentences - two lifetimes in prison without parole plus 75 years - is unjustified and unwarranted. If the supreme court justices agree, the trial judge could re-sentence Leonard to 270 years in prison.

The justices adjourned without saying when they will have a ruling. It may take months.

"To say he is not guilty of knowing murder is upsetting to me," said Longworth, who expects the court to uphold Leonard's conviction and sentence.

Mark Leonard is one of five suspects in the case.

​Monserrate Shirley, who took a plea deal after agreeing to help prosecutors in the case, will be sentenced in December. A plea agreement for Mark Thompson is now on hold. Bob Leonard has already been convicted, and a trial for a fifth suspect, Glenn Hults, begins in November.