A Marion County deputy was involved in a shooting in Broad Ripple on Saturday. 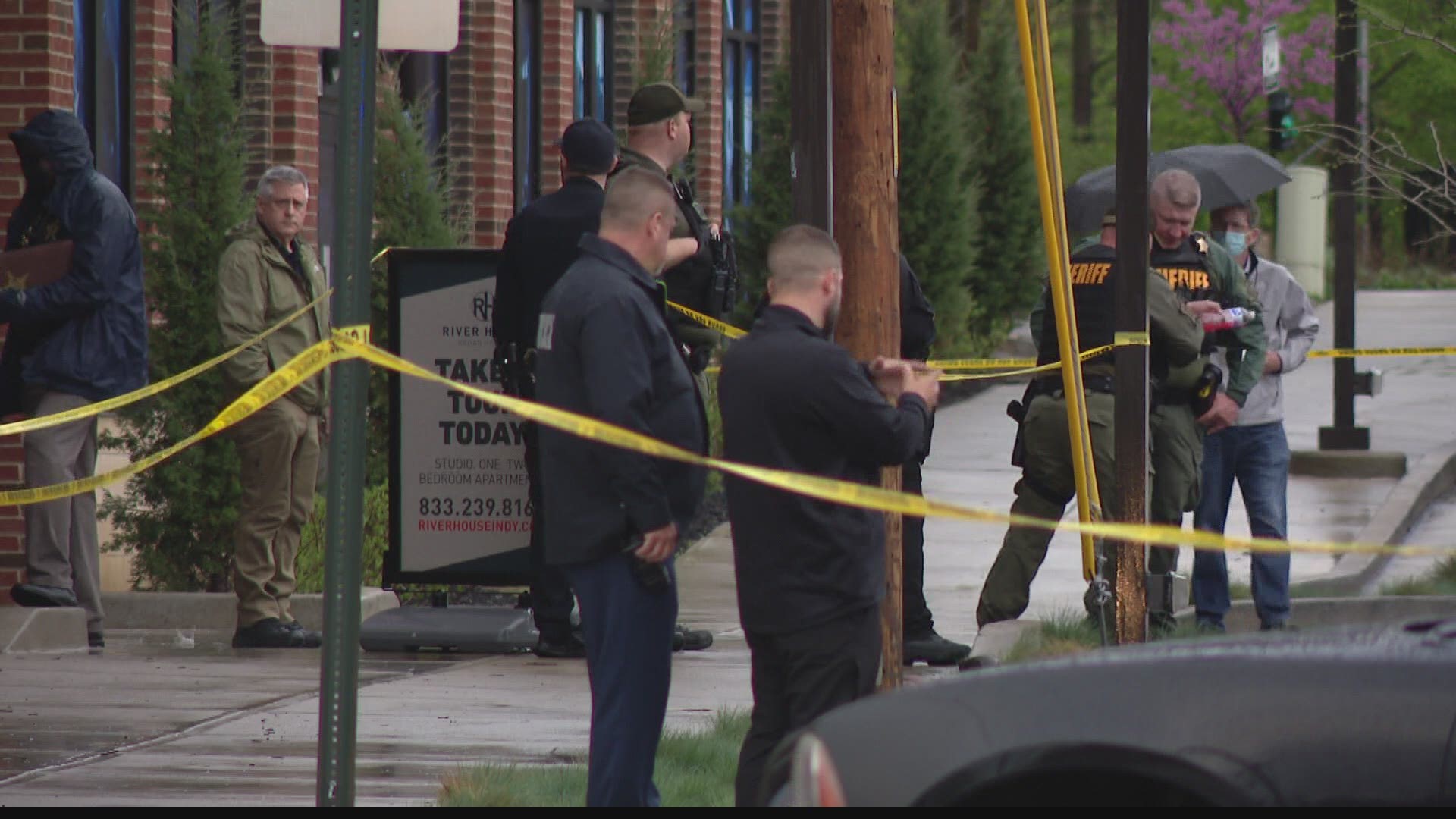 INDIANAPOLIS — The Indianapolis Metropolitan Police Department is leading the investigation into an officer-involved shooting in Broad Ripple on Saturday.

A Marion County sheriff's deputy was placed on administrative leave after authorities said the deputy shot a man in Broad Ripple around 5:30 p.m.

According to IMPD, the shooting happened when Marion County deputies were attempting to serve a search warrant in the 6300 block of Westfield Boulevard near Broad Ripple Avenue and North College Avenue.

The warrant was being served to 30-year-old William Manery, who had several outstanding warrants in Tennessee and South Carolina for vehicle theft and assault involving a vehicle. Police believed he was possibly armed and considered dangerous.

Police say deputies approached the vehicle and saw Manery asleep in the driver’s seat. He was the only occupant of the vehicle. When deputies gave Manery verbal commands to exit the vehicle, Manery turned the vehicle on and accelerated the car in reverse striking a marked police vehicle, according to the police report.

Manery continued in reverse for about 50 feet and struck a curb in the parking lot. He then accelerated forward and struck another unmarked, unoccupied, parked MCSO vehicle.

As deputies ran toward the vehicle being driven by Manery, one of the deputies fired their weapon striking Manery multiple times, according to police.

Manery was taken to a local hospital for treatment and was reported in serious but stable condition. As of Sunday night, Manery is in good condition and is expected to survive his injuries.

None of the deputies involved were injured. IMPD noted in the initial investigation that no firearms were found at the scene.

Following the shooting, the deputy was placed on administrative leave and the IMPD Critical Incident Response Team took lead on a criminal investigation into the incident.

Credit: WTHR
IMPD is taking lead on the investigation in a Marion County deputy shooting a suspect in Broad Ripple on Saturday.

The sheriff's office will also conduct an internal investigation.

The findings from IMPD's investigation will be turned over to the Marion County Prosecutor's Office for review.

Credit: WTHR
Police are investigating an officer-involved shooting in Broad Ripple on Saturday.

Police also said Marion County deputies are not equipped with body cameras but IMPD officers that responded to the scene did have body cameras and they were turned on when officers arrived.

Detectives continue to canvass the area for witnesses and other evidence. Anyone with information is asked to call Crime Stoppers anonymously at 317-262-TIPS.