Police say a 22-year-old man has been arrested after a fatal shooting over the weekend outside a McDonald's restaurant in southern Indiana. 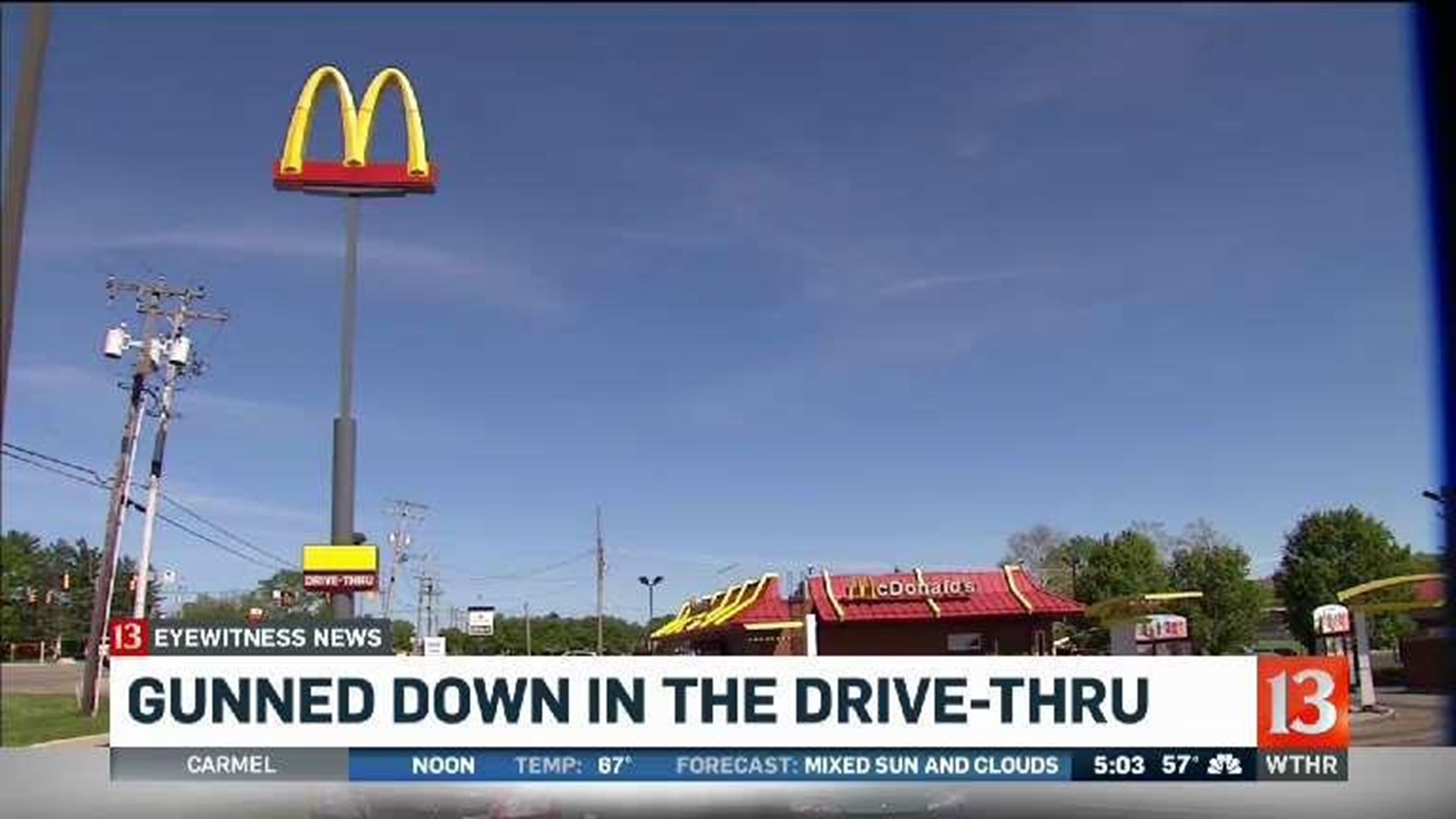 BEDFORD, Ind. (WTHR) - He wore the uniform proudly, serving his country for four years in the Marine Corps.

He trained for danger, but danger found him at home in a Bedford drive thru.

"It's tough," said the victim's brother-in-law Erick Stahl, himself an Afghanistan combat veteran. "Not everybody's built to handle what we do overseas, and to see it at a McDonald's, of all places, is sad."

The victim, 25-year-old Justin Lampkins, was in his truck with friends, three vehicles back at the drive-through.

Suspect Evan Schaffer was in the first truck. When cars weren't moving up to the window, "a horn was sounded. The accused got out of the first pick up truck and went back to the third truck which the victim was in and engaged and battered the victim. Punched him," according to Bedford assistant police chief Joe DeWees.

Police say it's not clear who honked the horn.

They say Shafer then walked away from the former Marine he'd just allegedly punched. They say friends tried to calm the suspect down but he went back to Justin's truck.

"It's a senseless act to kill somebody over a horn," DeWees said. "This is one of the most senseless acts I have ever seen."

Police originally said they wanted to talk to people in the three other vehicles in that drive-through, occupants of a red car, a white SUV and a dark colored van, to get additional details.

They now say those people have come forward.

"He was epitome of a Marine, stand up for everybody," said Stahl. He said Justin was devoted to his family, his nephew and his dog and would help anyone in need.

"He wasn't violent, he only ever defended to the means he needed to and it came from nowhere this time. His whole life was riddled with stories of defending people when they needed it. He was not violent he did not act like that. He was not an angry or disrespectful person. He's going to be missed."

Lampkins graduated from Bloomington North High School in 2010, then spent four years on active duty based at Camp Lejeune in North Carolina. He achieved the rank of sergeant by the time he was discharged in late 2015.

His family says his grandfather, an Army veteran, inspired him to join the military.

Lampkins had just begun working on the new I-69 project before his death.