Officers were dispatched to a home around 11:30 a.m. Sunday and found a man suffering from at least one stab wound. 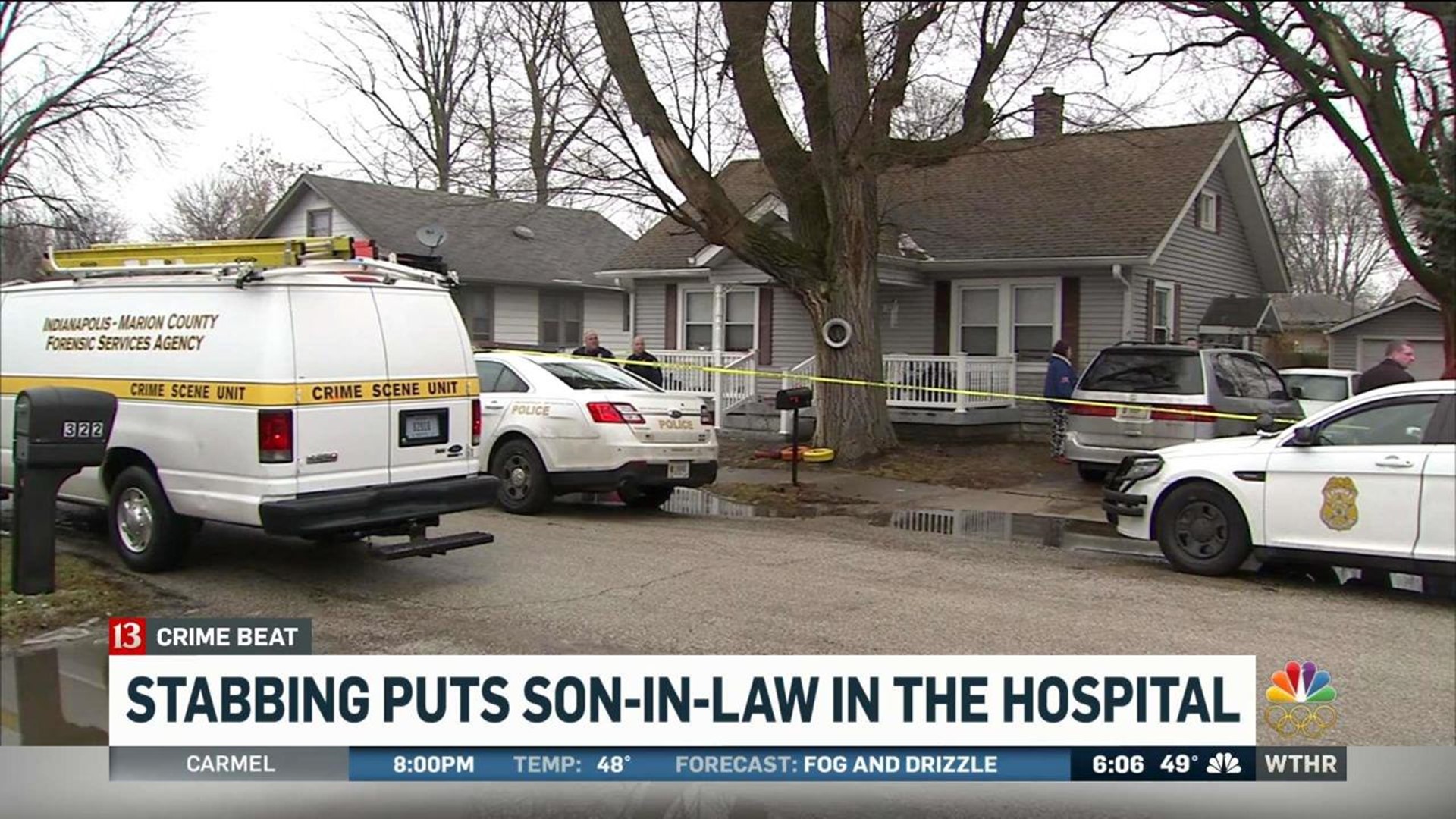 INDIANAPOLIS (WTHR) - Indianapolis Metropolitan Police Department detectives are investigating a stabbing Sunday afternoon on the west side in the 300 block of Barton Avenue.

Police tell Eyewitness New that they were called to the home for the report of a disturbance and arrived to find that a man had been stabbed by his father-in-law. The victim was stabbed under the left arm.

Wayne Township Department fire and EMS personnel arrived to treated the subject before transporting him to Eskenazi Hospital in critical condition.

This is a developing story and Eyewitness News will have more details as they become available.