Man shot in the head at apartment complex in Zionsville

A man was shot in the head at an apartment complex in ZIonsville late Monday night. He was taken to the hospital where he's expected to be okay. 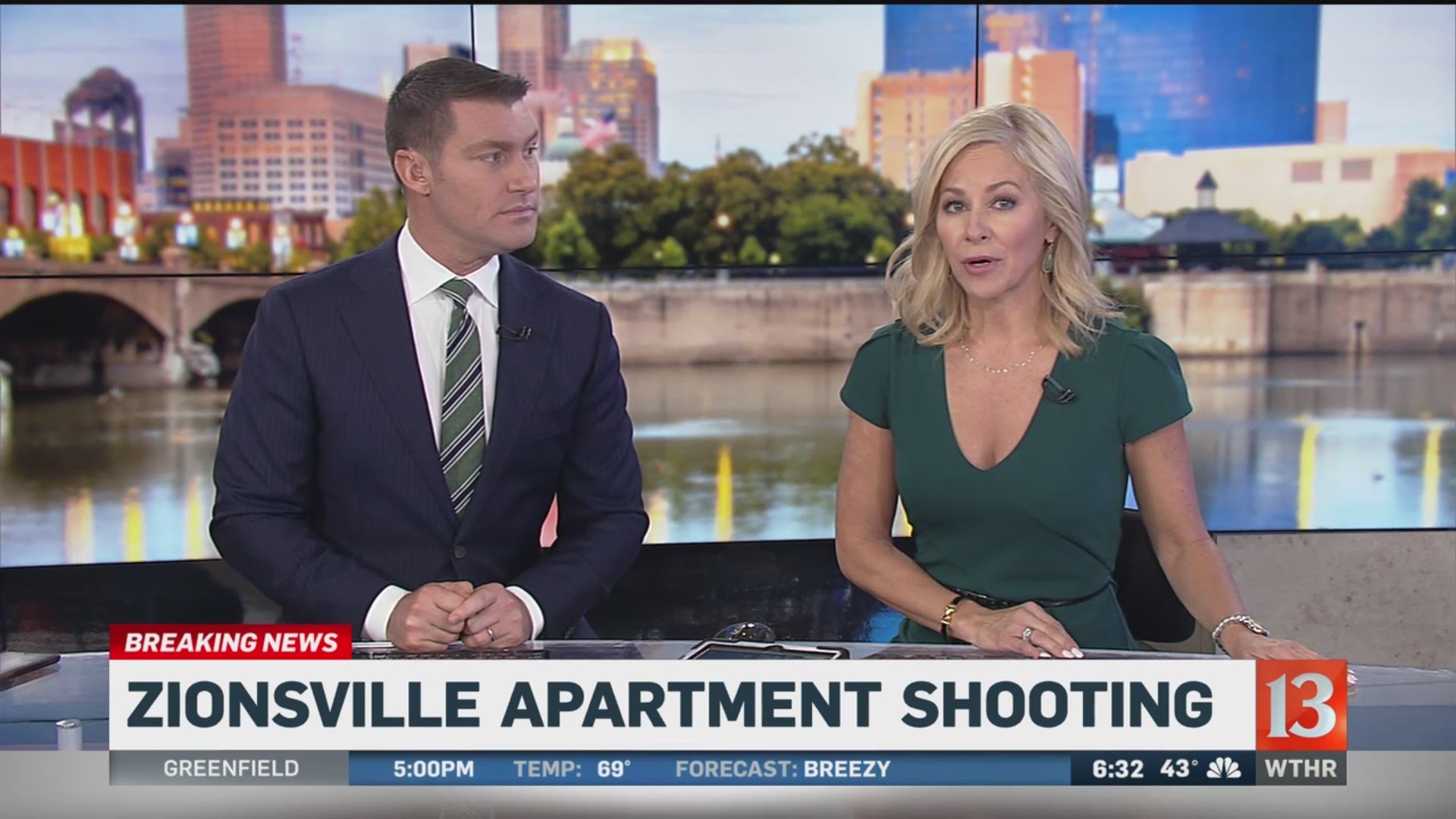 UPDATE: The Boone County Sheriff's Department tweeted around 2:00 a.m. that authorities exhausted all leads in looking for the subject they believe to be involved in the shooting. They think he has left the area, but residents are still encouraged to call 911 if they see anything suspicious.

BCSO: Community of Zionsville - Authorities have exhausted all leads in searching for the individual and believe he has left the area. Residents are encouraged to call 911 if they see anything suspicious.

Police perimeters have been lifted at this time. #ZPD and surrounding Boone County Law Enforcement agencies will continue saturation patrols throughout the night into the morning. An investigation into the shooting is ongoing at this time by ZPD.

ZIONSVILLE, Ind. (WTHR) — Police in Zionsville are on the hunt for a subject involved in a shooting Monday night at an apartment complex.

The department posted on Facebook a description of who they're looking for. The subject is described as a 5'8" heavyset, Hispanic male who fled the scene on foot wearing a red, hooded sweatshirt.

Police believe the man was headed east, possibly to the Zionsville Rail Trail, which runs behind the apartments. From there, officers were not sure where the man may have gone or if he is still on foot.

Police believe the victim of the shooting was a resident of the apartment complex, but do not know if they knew the shooter. The original call to police reported a person had been shot in the head, but police have not confirmed the nature or extent of the victim's injuries. The victim was taken to St. Vincent's hospital for treatment and is expected to be okay.

We will continue to update this story as more details are confirmed.