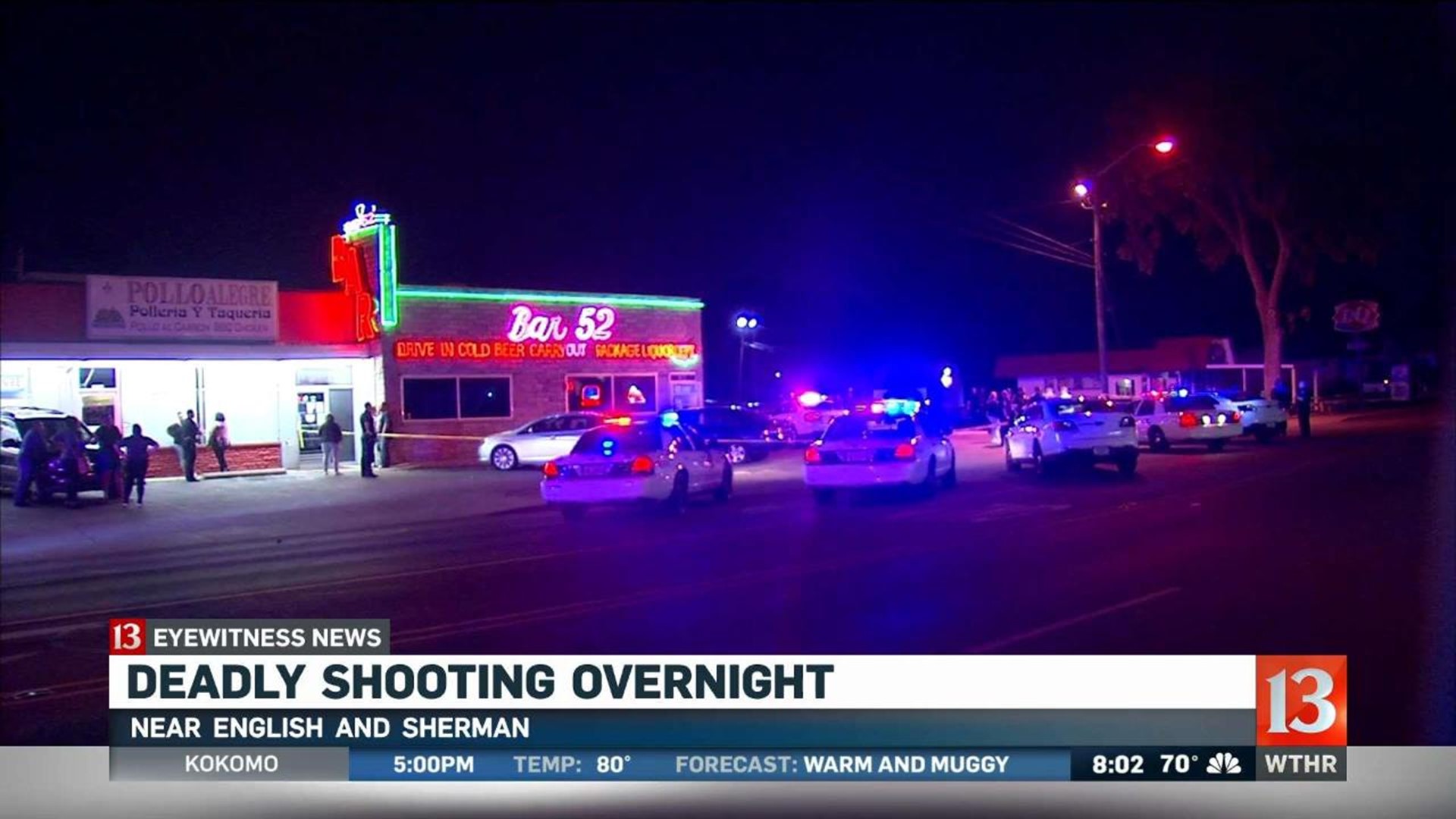 Police say a fight between three men at Bar 52 near English Avenue and S. Sherman Drive shortly after 1:15 a.m. spilled out into the parking lot where one of the men was shot.

Medics pronounced the man dead at the scene.

Police say the fighting continued in the parking lot even as medics tried to save the victim.

#Breaking IMPD on scene of homicide outside of Bar 52, near Sherman & English. Officers say fight between 3 men inside bar spilled into parking lot, where victim was shot. Suspects in custody. They add fights were still happening as EMT’s tried to save victim. @WTHRcom pic.twitter.com/e8nm7YKFxb

Police have not identified the dead man.

Officers have suspects in the shooting in custody, but say this is an active and ongoing investigation.