Police are searching for a man they believe is squatting in the ceiling of a grocery store and stealing food and alcohol after hours. 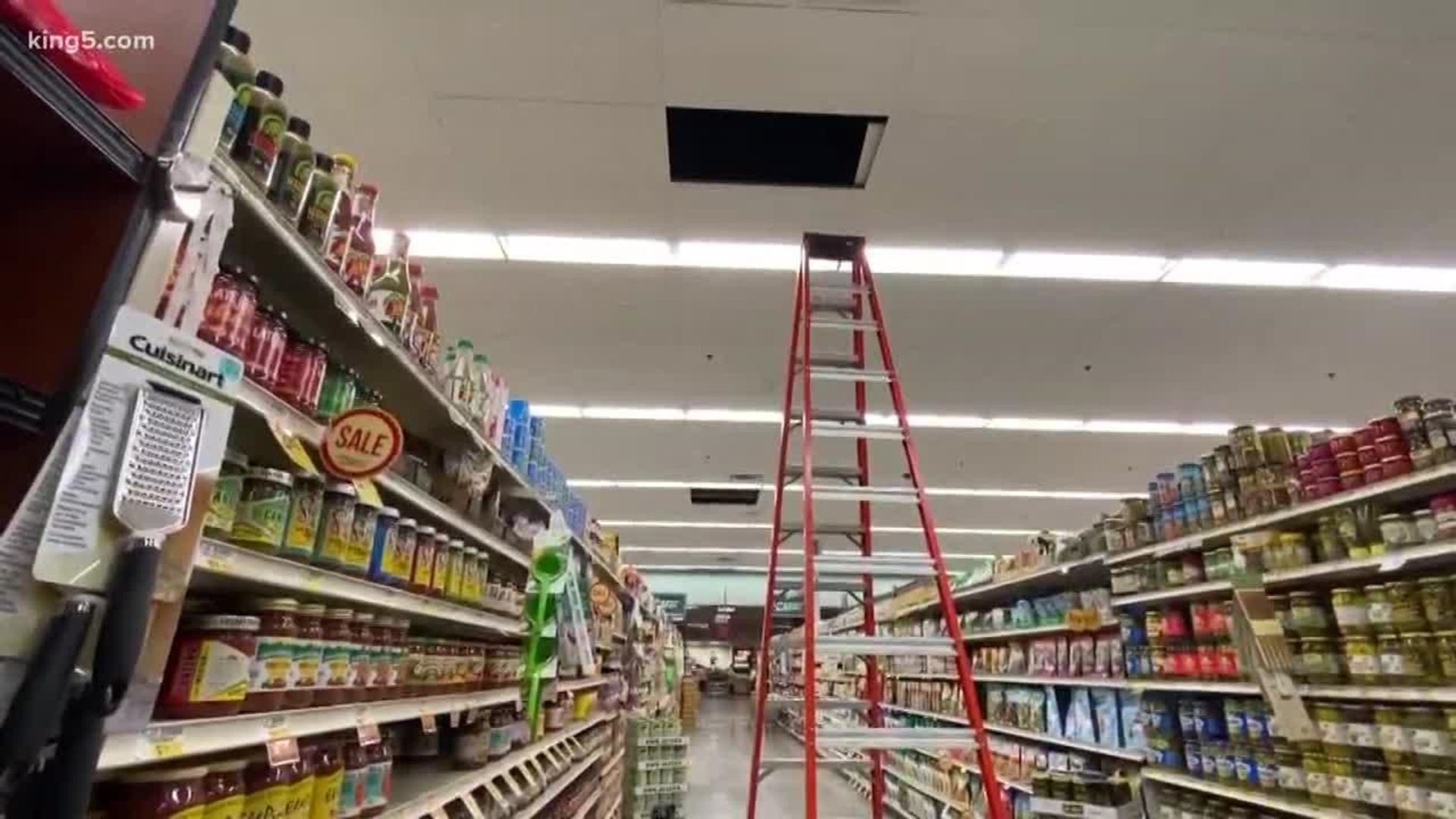 AUBURN, Wash. (KING) — Police in Auburn released surveillance video of a suspect they believe has been living in the rafters of a grocery store for weeks, emerging only to steal from the store, then returning to a hiding place somewhere above the store.

Auburn Police Commander Mike Hirman said video shows a person dressed in black, wearing a face mask, and walking the aisles of the Haggen Northwest Fresh Market, while carrying a black bag filled with thousands of dollars in cigarettes stolen from the store.

Hirman said the suspect first came to their attention on Christmas Day when police were called about what they thought was a burglary at the store. Officers found evidence that someone had accessed a vent in the roof of the store, including some jackets, gloves, tools and debris. Later, police discovered a length of rope near the entry point.

It wasn’t until employees reported hearing footsteps overhead in the store and seeing a man’s legs dangling from the ceiling of a storage closet that police determined the suspect was squatting in the store.

Police were called to the market twice on Jan. 15 and once each on Jan. 16 and 17. Each time, they’ve discovered new evidence.

Hirman said police have even used heat-mapping infrared technology and K-9 units to try to find the suspect, to no avail.

“It’s very difficult. There are many, many little hiding places where he could’ve been,” said Hirman. “It’s such a large store, and it’s very crowded with venting and everything.”

Customers said the situation sounded like something out of a movie.

“I think I heard in an international airport, someone was living in the airport and hiding at night and coming out, but never in the supermarket,” said customer Trevor Holmes.

“I think he’s clever if he’s homeless and has got nowhere to go,” said customer Sarah Boll. “I think he’s found a safe spot. For now.”