Columbus police have arrested a man in connection to an armed robbery Saturday morning. 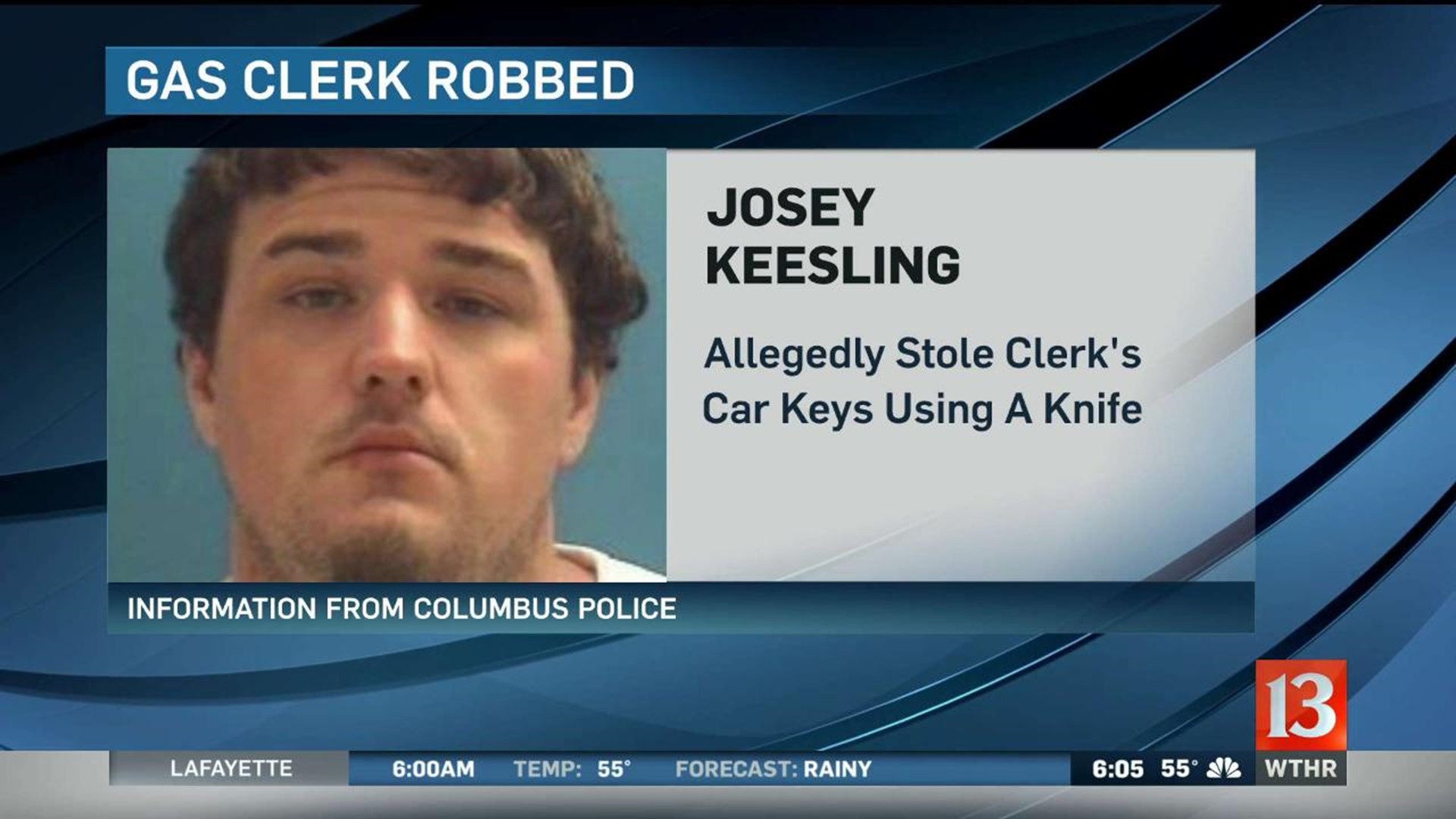 Police say a gas station clerk received minor injuries after a struggle over her car keys with a suspect armed with a knife.

During the investigation, officers determined that the gas station clerk was grabbed outside the store by the suspect, Josey R. Keesling, 29, of Noblesville, IN and robbed of her car keys with a knife.

Keesling fled the gas station in the victim's car and was spotted by a Bartholomew County Sheriff's Deputy on I-65 a short time later where a vehicle pursuit ensued.

Keesling was pulled over on I-65 and was taken into custody.

Keesling was transported to the Bartholomew County Jail where he is being held on preliminary charges of Robbery with a Deadly Weapon, Battery with Serious Bodily Injury, Auto Theft, Intimidation, and Resisting Law Enforcement with a Vehicle.

Keesling remains incarcerated on a 72 hour hold as the investigation continues by the CPD Detective Division.