Man arrested after coming to Muncie school with 10 knives

Muncie Police say a man had an innocent reason for showing up to a school with 10 knives on him, he was just meeting a Facebook friend. 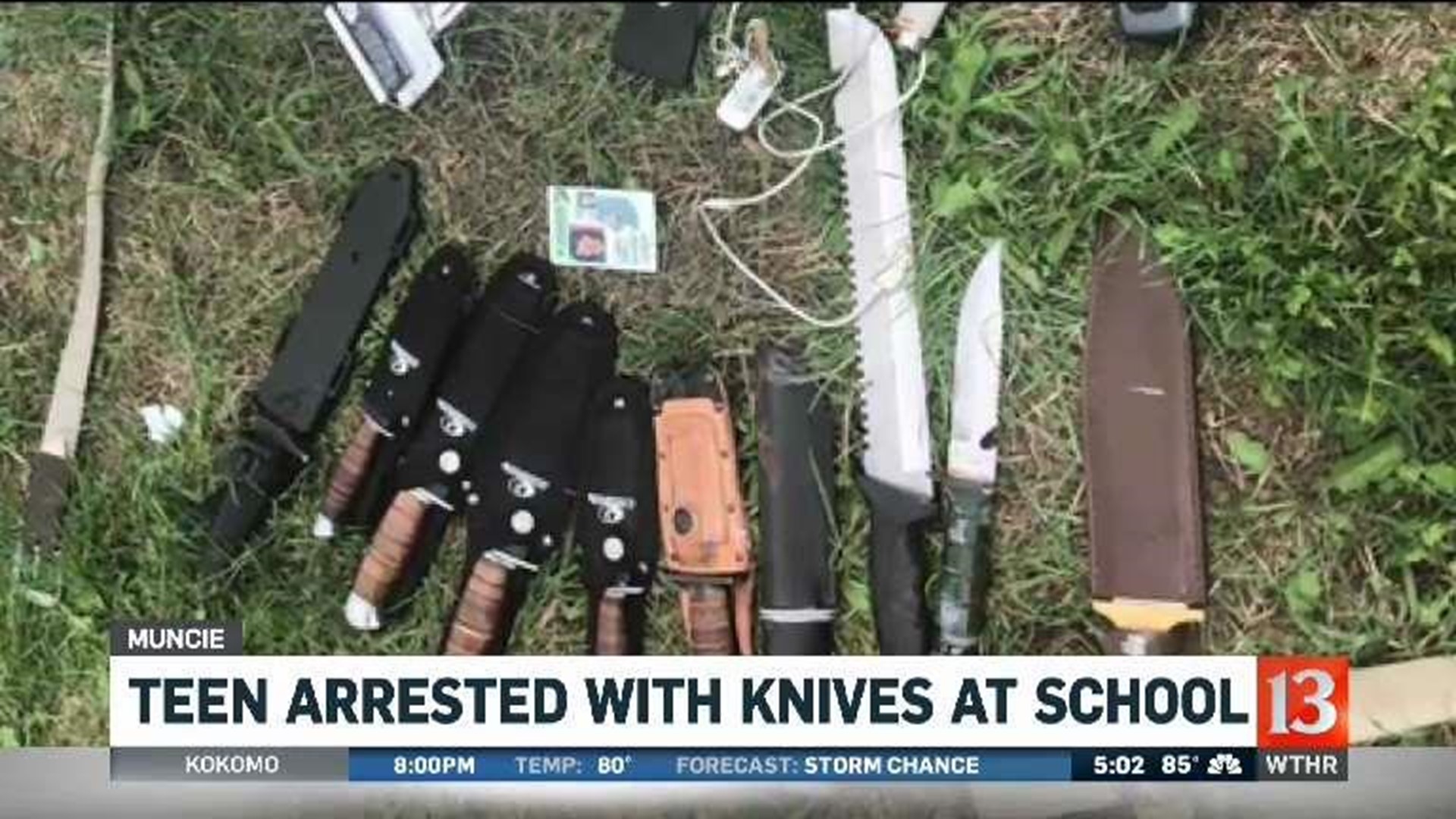 Wednesday afternoon was not the first time Thomas Lon Owens III has been an unwelcome guest at the school, but Muncie police don't believe Owens planned to harm anyone.

Owens does not attend Muncie Central. But he was seen in the hallways at the end of school Wednesday wearing a leather jacket, which concealed a wide assortment of knives.

Owens has been kicked off school property for trespassing previously and told not to return. A school resource officer arrested him Wednesday about 3:15 p.m. outside the school when he saw a knife sheath sticking out from Owens' leather coat. The officer found Owens in possession of 10 knives and a set of lock picks.

"Tactical knives, I guess you would call them," said Muncie Police Det. Kyle Monroe. "I'm not into knives myself. But some of them seemed to be 10-inch-long blades. Some of them were pretty serious looking. I can't recall anything of that quantity being found. Usually we don't hear about it, if it does happen at all, it doesn't come to a detective's attention if it's just a pocket knife. But these were anything but."

Owens told police he went to the school to see a student he had communicated with on Facebook. Despite the hot weather Wednesday, he told investigators he always wears a leather jacket in the summer and always carries several knives.

"I don't think he was there to do a mass stabbing or anything like that," said Monroe. "We checked what he told us and as strange as it seemed, that seemed to be what he was doing."

Eyewitness News found Owens, who said he goes by "TJ," out of jail and at his home Thursday, which is not far from Muncie Central. His family would not talk on camera, but TJ's father, Tom, told us his son has Asperger's Syndrome.

"He's a good kid with a good heart," Tom wrote in a text message. "He uses phrases like please and thank you, sir and madam. He always helps out those in need."

"I think there is some kind of mental disturbance where he wasn't thinking through his actions rationally," said Det. Monroe.

Owens faces charges of trespassing and 10 counts of possession of a knife on school property, all misdemeanors.