Man and 2 children shot to death in Marion, coroner says

The results of autopsies done Monday morning have not been released. 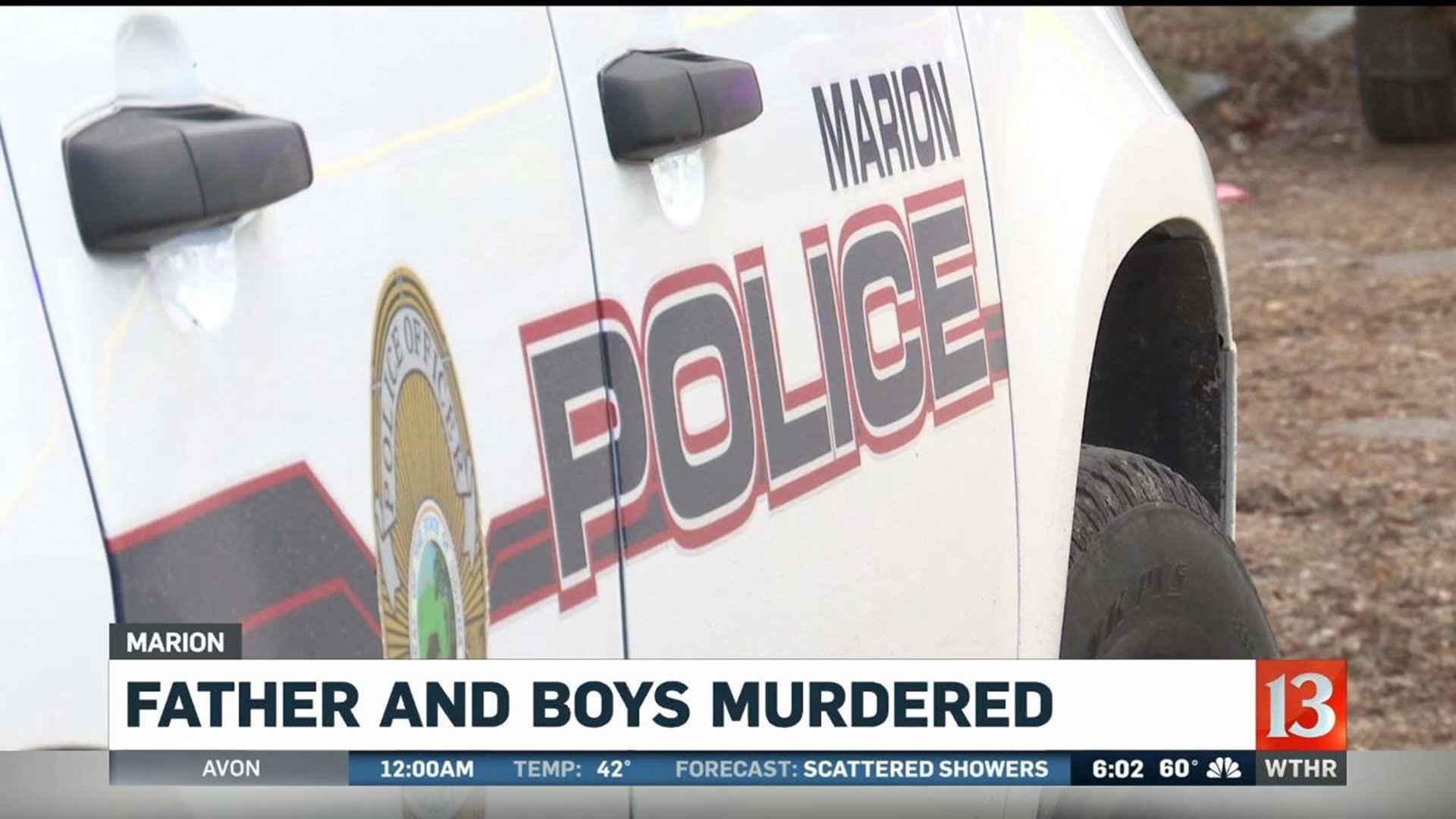 The coroner tells Eyewitness News that all three deaths are still being investigated as homicides and the three died of gunshot wounds.

Police say they were found by a relative who called police around 1 p.m. Sunday.

When Marion Police got to the home in the 2300 Block of Gallatin Street, the three dead.

It was not clear how they died.

The results of autopsies done Monday morning have not been released.

Bernadette Steward did not know the victims but still says this hurts.

"it's just an unbelievable sight. This is something that you can barley put a word on," said Steward.

Police say witnesses have not come forward and neighbors aren't reporting hearing or seeing anything.