The company's security cameras recorded a man stealing from a postal truck. 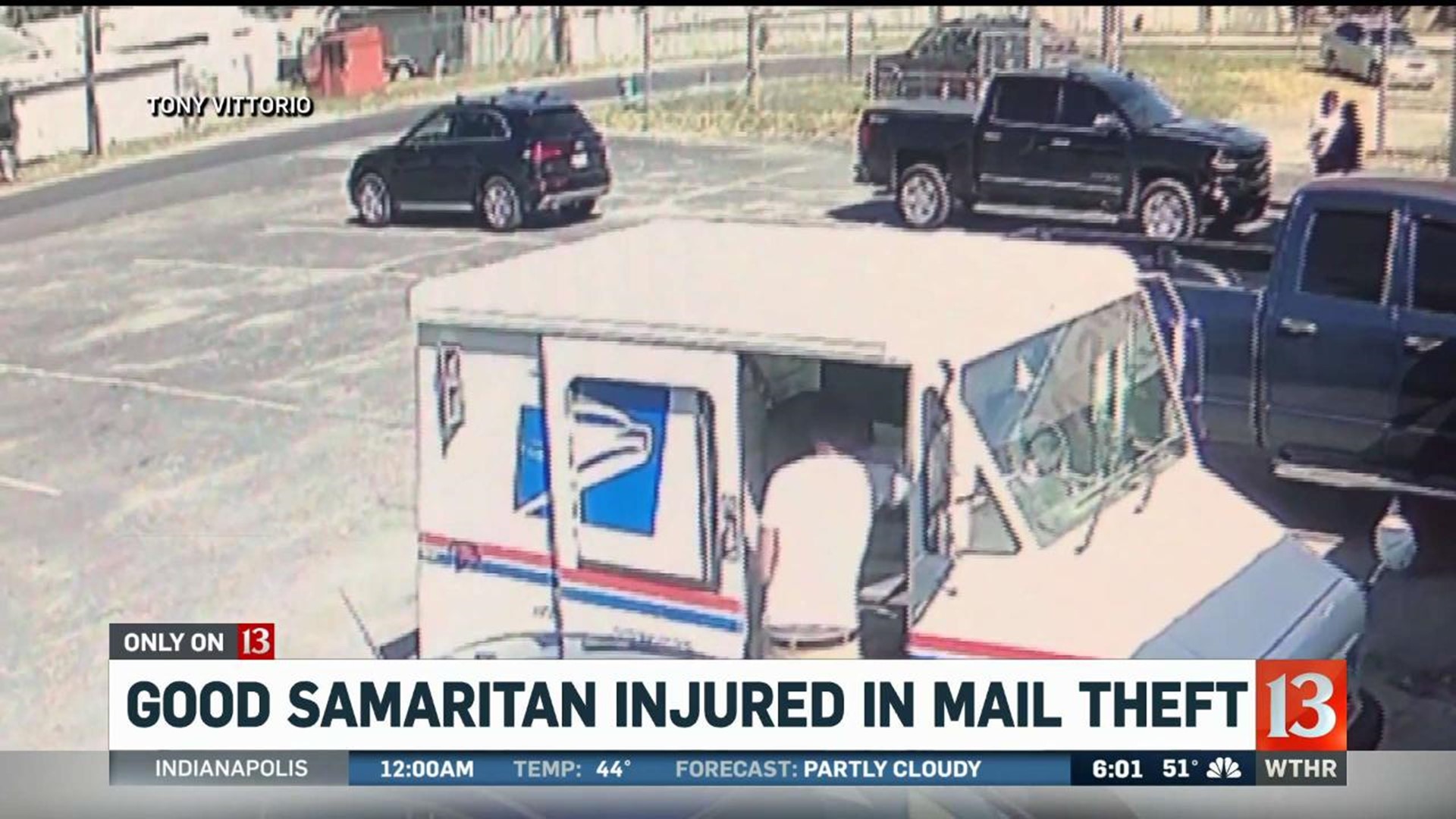 INDIANAPOLIS (WTHR) — A good Samaritan wants your help identifying a mail thief after getting hit by the getaway car.

The incident happened Sept. 26 in the parking lot of an auto repair shop near Emerson Avenue and East 30th Street.

The company's security cameras recorded a man stealing from a postal truck. The carrier exits his truck and leaves the door wide open. The next thing you see is a man casually stroll over and grab two trays and then run to a waiting car.

A worker at the shop was pulling a car around when he noticed what was happening.

Tony Vittorio opened the driver's side door and that is the last thing he remembers.

In the video, you can see Vittorio thrown to the ground and runover as the car takes off.

Several other customers came to the aid of Vittorio.

Vittorio suffered a broken ankle and head injuries after being dragged by the suspect car.

The U.S. Postal Inspector released pictures of the car in hopes of identifying the suspect. According to witnesses, the vehicle may be a black Audi SUV.

Eyewitness News is waiting to learn if postal carriers are allowed to leave their vehicles unlocked with the door open as seen on the video when their vehicles are unattended.

Anyone with information on the case can call Crime Stoppers at 317-262-TIPS. Calls are anonymous and if your tip leads to an arrest you could receive up to $1,000.