Thieves made off with a truck full of food from The Lord's Pantry at Anna's House on June 18. 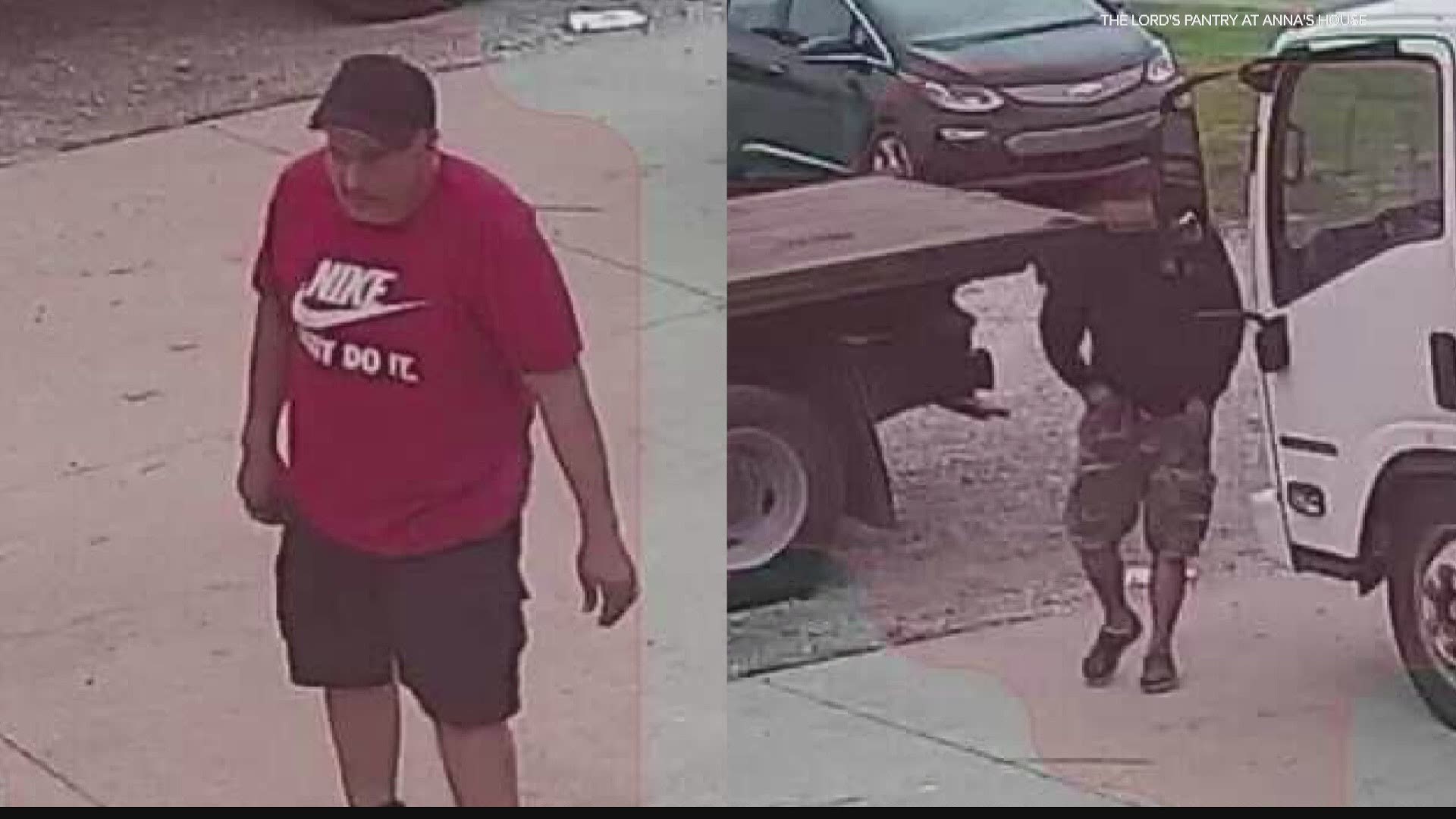 INDIANAPOLIS — An Indianapolis food pantry is hoping someone recognizes a pair of thieves who made off with a truckload of food meant for those in need.

The Lord's Pantry at Anna's House posted surveillance photos on Facebook last week showing two men who allegedly stole their truck, which was full of fresh fruits and vegetables, water and Masa, a corn flour used to make tamales and tortillas.

The pantry said the theft took place in less than a minute on June 18.

The photos shared on social media show two men, one with a black top and camouflage pants, the other with a red Nike t-shirt, black shorts and a black hat. The men were in a white extended cab pick-up truck with a blue door on the rear driver's side.

"We rely on our truck to continue serving the community," the post read.

Credit: The Lord's Pantry at Anna's House
The suspects drove up in the white and blue pick-up truck.

The pantry told 13News this is the third time they've had a truck stolen.

The Lord's Pantry at Anna's House serves residents of the Stringtown area on the near west side of Indianapolis.